Ever since its acquisition by Elon Musk, the platform has seen layoffs, plans for content moderation and a fee for verification. Will 2023 be different? 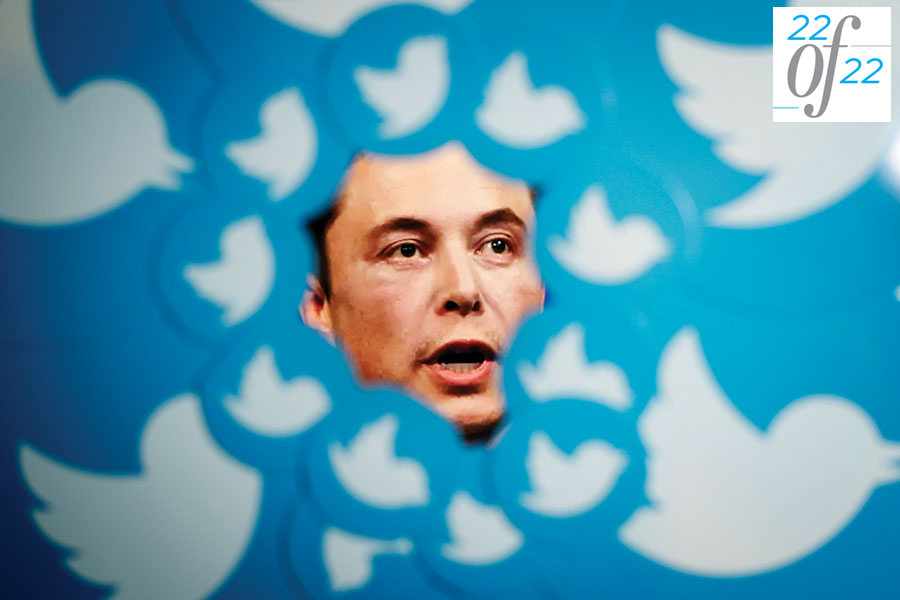 Twitter has constantly been a part of the news cycle for the last year, and Elon Musk and his tweets has been at the centre of all the drama—starting with whether he will acquire the platform to the massive changes he brought about following his acquisition.
The new ‘Chief Twit’, as Musk had once mentioned in his Twitter bio, wasted no time in making his first big move—mass layoffs. The board has been dissolved, including the chair, Bret Taylor, making Musk the sole director.

Top executives have also been fired, including chief executive Parag Agrawal, chief financial officer Ned Segal, and the head of legal, policy and trust, Vijaya Gadde. Additionally, almost 50 percent of the total workforce has been laid off. There are various other changes that are reportedly in the works, including charging for Twitter verification, setting up a content moderation council, exploring an option that allows users to post videos behind a paywall and a possible Vine reboot. From day one, Musk has been pressing on monetisation via various features, since according to his tweet, “the company is losing over $4M/day”. This additional revenue—from a subscription-based model—might help diversify Twitter’s revenue beyond advertising. “Today, more than 90 percent of the revenue comes via advertising, but he seems to want a thriving subscription revenue line as well,” says Manish Maheshwari, former head of Twitter India. Also read: What changes at Twitter mean for the platform's 24 million users in IndiaThough global brands such as General Motors and Mondelez have hit the pause on advertising on Twitter, Musk tweeted saying he wanted Twitter to be “the most respected advertising platform”. In a recent Twitter Spaces chat, he highlighted that the platform’s largest advertiser, Apple, has “fully resumed” advertising on the network. Additionally, Musk tweeted on December 4: “Just a note to thank advertisers for returning to Twitter”. While there is a lot of turmoil, people seem to be waiting on new announcements and features being rolled out on the platform. Musk claims that Twitter’s usage is at an all-time high—as per an internal report, Twitter’s monetisable daily active usage (mDAU) growth has accelerated to more than 20 percent. However, the future of the platform in India seems bleak. India reportedly accounts only for a small percentage of Twitter’s revenue. The registered entity of Twitter in India recorded Rs 86.39 crore as revenue in FY21. But this was just 0.23 per cent of the global revenue. In FY22, though its revenue jumped by about 82 percent, to Rs 156.75 crore, the India entity posted a net loss of Rs 31.84 crore. However, says Maheshwari, “India is a critical market from a user growth perspective.” Also read: Is Koo the alternative to Twitter it claims to be?If the focus is on subscription, it might be a tough one to crack in India. There might be a drop in users, since very few Indians are likely to pay. “People have choices now, if you make them pay and don’t have the right content, they will move,” says Maheshwari. Users have options such as Koo, ShareChat and Mastodon. With new changes being announced by Musk almost daily, Twitter’s new blue will definitely be a space to watch out for in 2023.Watch here: Rewind 2022: Year in Review All Major Events That Happened This Year

Tweets by @forbesindia
What happens when kids get a crash course in design thinking
Making of Showstoppers 2022-23: SS Rajamouli, Tabu, Hardik Pandya—capturing the best in film, OTT and sports