What happens when kids get a crash course in design thinking

An experiment with middle school students boosts their creativity and confidence 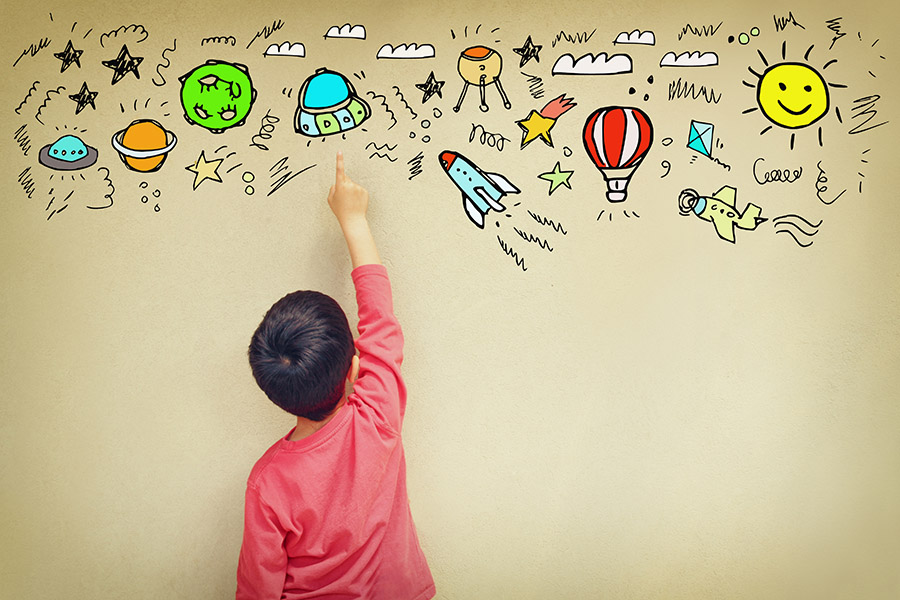 Design thinking is ultimately a good way to get people to choose the more curious and generous version of themselves Image: Shutterstock
For decades, Hayagreeva “Huggy” Rao has watched the principles of design thinking become mainstream. Corporations such as GE, Netflix, and Airbnb have embraced the concept. His courses on the subject at Stanford Graduate School of Business are quickly over-enrolled. Executives flock to the Customer-Focused Innovation program, which he co-founded with fellow professor of organizational behavior Bob Sutton in 2006.

“But, funnily enough, the idea of studying design thinking never crossed my mind,” Rao says. “Until I went to India.”

There, he met with the CEO of Agastya International Foundation open in new window, a nonprofit near Bangalore focused on giving poor kids access to science education. Rao suggested that Agastya teach design thinking alongside science, and then study the outcomes of these two different curricula. Would design thinking do what its advocates say it does, imbuing the students with “creative confidence”? Would it help them to see things from others’ points of view and take more risks?

“Design thinking is certainly celebrated, but it is equally heavily criticized,” Rao says. (One detractor compared it to syphilis: “contagious and rots your brains.”) “I wanted to conduct a study showing whether it works.”

A Quick Hit of Design Thinking

The experiment followed a straightforward design: Students were randomly assigned to attend either Agastya’s standard science education course or a newly created design thinking course. Instructors, too, were randomly assigned to teach one of these two courses. After three days of instruction, the students took a series of short tests to measure how, if at all, design thinking had influenced them.

To measure creativity, Rao and his coauthors gave the students a grid of 40 circles and asked them to draw as many objects that integrated the circle in the picture as they could. Creativity was measured along several dimensions, from the number of ideas produced to how many different categories the ideas spanned and how original they were. The researchers also measured students’ confidence levels and ability to take perspectives beyond their own.

Also read: How to design the future of work and education now

The researchers did not see a strong effect on the originality of students’ ideas. Given this, they suggest that design thinking may be more useful for pragmatic problem solving than in searching for breakthroughs. Hesitant to jump too quickly to conclusions, though, Rao wonders if these results are the product of a very limited experiment — the children’s instruction in design thinking spanned only three hours over three days — in addition to the particular measure of creativity used; drawing objects from circles, he notes, is a fundamentally cognitive and abstract way to test creativity.

As an anecdotal counterpoint, he describes an informal follow-up with one of the girls who had taken part in the design thinking course. When he asked her what she had learned, she offered the example of riding the bus. Before learning about design thinking, when she boarded a bus and the conductor didn’t have the right amount of change on hand, she would simply wait. After the Agastya class, she immediately began puzzling over what kind of coin dispenser would make the exchange smoother for both conductor and passenger.

“After the class, her mind leapt to the search for solutions,” Rao says. “I think that if we’d given these students a more active test of creativity, we may have seen how design thinking helped them reimagine whatever problem is at hand.”

This work provides some of the first experimental evidence on the benefits of design thinking. For Rao, the results suggest the importance of getting design thinking “embedded in schools, to the extent that we can. We now see the value of this.”

One possibility, he suggests, would be a Teach-for-America-like program that places the graduates of elite universities inside schools to lead classes on design thinking. He singled out middle school as a particularly important moment when kids are old enough to understand the principles of design thinking but are still mentally flexible.

Rao also believes design thinking can support any resource-strapped organization, as it gives people access to more ideas and greater confidence to pursue them. Government agencies and nonprofits are two sectors where design thinking could prove useful but is not yet widely adopted.

Finally, Rao describes the far-reaching social implications of taking design thinking seriously — not just for schools and companies, but for citizens and countries.

“Design thinking is ultimately a good way to get people to choose the more curious and generous version of themselves,” he says. “To me, that is the real promise. What we need in society is more curiosity — the foundation of creativity, of searching and questioning — and we need more generosity, which is the essence of compassion. I truly believe that design thinking makes these more accessible to people.”

Tweets by @forbesindia
Brad Pitt to Ranveer Singh, Gucci to desi startups: Brands and consumers warm up to fluid fashion as gender stereotypes take backseat
Will 2023 bring some calm and stability at Twitter?