Is Koo the alternative to Twitter it claims to be?

The Indian microblogging platform can be a substitute to Elon Musk-owned Twitter if it manages to garner a significant user base, and then monetise. But is Koo ready in terms of privacy and security to go global? 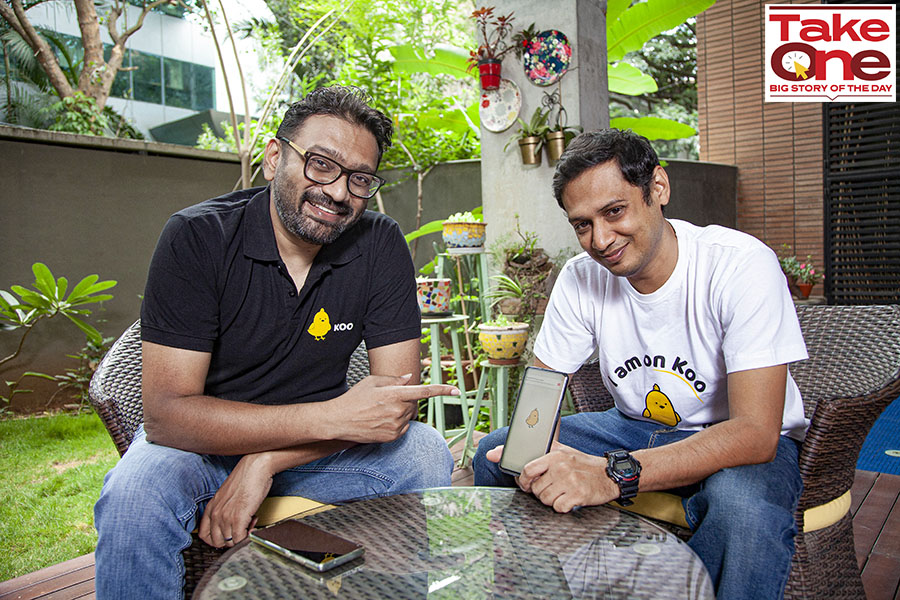 On December 16, Twitter suspended microblogging platform Koo’s official account, which was set up for answering user queries. Co-founders Aprameya Radhakrishna and Mayank Bidawatka then took to Twitter to express their disappointment, claiming that their platform is the best alternative to Twitter. Radhakrishna tweeted: “One of the Koo handles on Twitter just got banned. For what?! Because we compete with Twitter? So? Mastodon also got blocked today. How is this free speech and what world are we living in?”

Koo has more than 60 million downloads since its launch in 2020, as per the company. The microblogging platform hopes to make the most of the latest turmoil at Twitter, by expanding globally. It has already expanded to Brazil, and seen traction on the platform—in over 48 hours, it saw over one million downloads claim the founders. Up next is the United States. Koo is not in a full monetisation stage yet, and their focus is on increasing user-base.

About two and a half years back, Radhakrishna and Bidawatka saw a gap in the social media market. “We realised that most voices in regional languages—a significant chunk—particularly in India were stuck on WhatsApp groups. We decided to create a platform that could give them a voice on the Internet,” says Radhakrishna in a recent conversation with Forbes India. Additionally, Koo has also given English speakers a platform, to communicate seamlessly with other vernacular language speakers, via the automatic translation of a Koo into multiple languages. Currently, the platform has about 60 percent of Hindi users, 20 percent are vernacular language users and only 20 percent who are English speakers. The company does not reveal exact number of users. “Our product is built to take advantage of geographies where Twitter isn’t strong, such as the language-speaking developing world too,” adds Radhakrishna.

Koo can be considered a replacement for Twitter, if they manage to grow aggressively outside India. Former Twitter India Head Manish Maheshwari says, “With India, they have done a good job so far. But now they need to focus on capturing important global markets like the United States. Since Koo’s majority users are non-English speakers, they can really capture the Spanish audience in the US.”

According to him, Koo should focus on growth and get the network effect going. “With the space that Twitter is leaving, Koo can capture that market. Monetisation can wait for a year or two. Once there is a big enough user base, advertisers will follow.” Eventually, the plan is to move into a subscription and advertising model, where Koo hopes to also work with creators in a revenue-share format. The platform has raised $50 million so far, from investors including Tiger Global, Accel Partners, 3one4 Capital, Kalaari Capital, and Blume Ventures.

The microblogging platform is experimenting with advertising in India—working closely with large brands such as Star Sports, Amazon Prime Video and Myntra advertising on the platform. In the last three months since they started advertising, there are 50 advertisers on Koo already. “Advertisers have seen better or almost equal results on Koo, as compared to Facebook or Instagram,” says Radhakrishna. “Reason being, Koo has 95 percent genuity of users, since people have to register using phone numbers. There are barely any bots as we have self-verification using Aadhaar. When you have genuine users, and allow them to see advertisements they are interested in, the click-rate will be higher.”Also read: What changes at Twitter mean for the platform's 24 million users in India

Free self-verification, along with a higher character limit and multiple profile photos are some differentiators from what Twitter has to offer. Within India, particularly, Maheshwari feels there is a massive opportunity for Koo. With a majority of Twitter India’s team fired, there is barely any focus on local content—cricket, politics or Bollywood. “If Koo works on these relationships, it could be a golden time for them. People will then have a reason to choose Koo over Twitter,” he adds.

The strategy at Koo is that they will go wherever there is a search for an alternative to Twitter. “For us to establish as a global player, the US is an important market. Though we started with language as our focus, the English speaking market is a huge opportunity for us right now. We want to make sure, we go in there, and position ourselves as the only true alternative in the world to Twitter,” explains Radhakrishna.

People across countries are looking for alternatives to Twitter due to various triggers, including the shift in ownership. Though there other global microblogging platforms such as Gettr, Truth Social, Mastodon, Parler and Gab, Radhakrishna claims, Koo is the largest.

World over, people are demanding a lot more from global tech and questioning platforms like Twitter, Facebook and Google, says Radhakrishna. “The world wants transparent and consistent platforms. Koo is just that. We are a pre-monetisation product so there is no reason for anybody to doubt why we use any kind of user data.” The platform does share user-data with advertisers, to show personalised advertisements, and, Radhakrishna says, “we are open about that.”Also read: Storyboard18 - Koo-l for brands?: How Koo is entering the marketing mix for brands

Divij Joshi, doctoral researcher at University College London and tech policy expert explains, “The app claims to be very transparent, and it has well documented policies on content moderation, for example. At the same time, as of now, the transparency report about how Koo moderates content or shares user information with the Government of India is not available, so it could certainly do better. I also could not find the content moderation algorithms they claimed to have made openly available for transparency.”Also read: Can Koo be King? Perhaps with better content moderation

When expanding to Brazil, the platform did face content moderation and security problems. Reportedly, there were fake profiles of prominent personalities on Koo, but were resolved. In going global, complying with privacy policies of other countries is a challenge—the toughest one being the European Union’s General Data Protection Regulation (GDPR). “GDPR compliance can be very resource intensive, particularly for social media platforms. With new rules on social media coming into force in the EU, like the Digital Service Act, it may make expansion plans for Koo a little more difficult to execute,” adds Joshi.Though Koo might get an initial push in being seen as a replacement for Twitter, in order to maintain user growth and engagement in the long-run, it needs to have better moderation policies and focus on localisation for new markets.​

Tweets by @forbesindia
Assess your company's analytics readiness and learn how to reap the rewards of data analytics
New epicenters of influence are growing: Asmita Dubey, L'Oreal global marketing chief