Storyboard18 - Koo-l for brands?: How Koo is entering the marketing mix for brands

While the micro blogging platform has not kickstarted its monetisation engine, it's welcoming marketers to leverage what it has to offer — less clutter, language users and no scrutiny 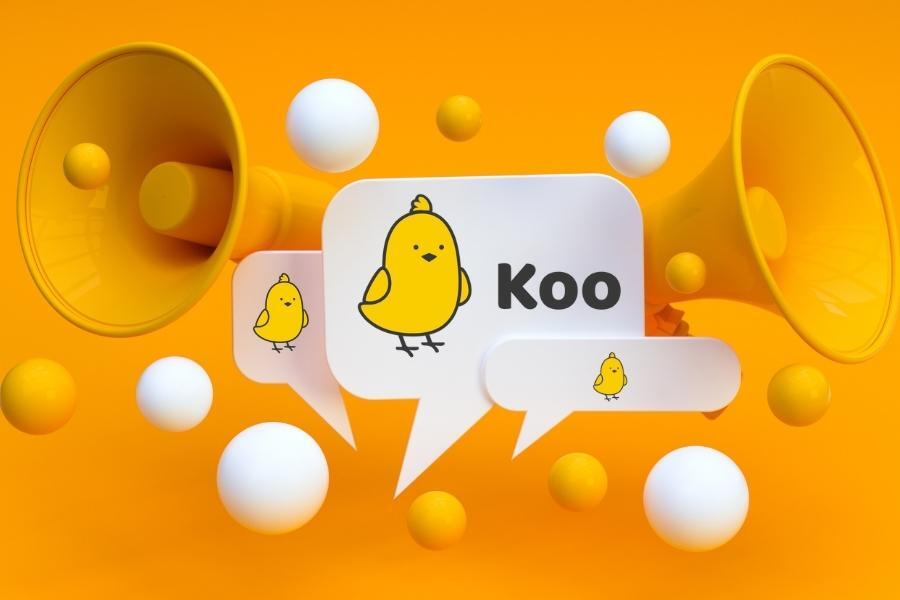 Koo's welcoming marketers to leverage what it seems to have to offer – less clutter, access to language users, and no scrutiny

Kangana Ranaut no doubt found refuge in Koo after Twitter suspended her account permanently, but it’s not just her Koo-ing her heart out. The homegrown Twitter-like micro blogging platform is slowly catching marketers’ attention too.

A host of brands have started using the platform for marketing initiatives. Industry executives Storyboard18 spoke to say that marketers are simply experimenting with a platform that is clutter-free at the moment. A mix of brands including Snapdeal, Amul, Groww, UCO Bank, Droom, HDFC Securities, Bajaj Group and Fortis Healthcare, have added Koo to their platform mix.

Interestingly, Koo has somewhat propelled itself into discussions around the marketing table after its recent TV campaign –‘Koo Kiya Kya’ which was conceptualised by Ogilvy India, says Gautam Surath, managing partner, Performics, a performance marketing agency.
“The creatives were interesting and created some mental space for the brand. The campaign helped them get some interest and if they can continue to scale then they could become a player to watch out for brands to engage their customers,” Surath says.

Launched in March 2020, Koo wanted to position itself as a microblogging platform meant for local language users in the country but it also turned out to be an alternative to Twitter.

Kumar says the app’s future depends a lot on what Twitter is up to. “Twitter has grown fond of rubbing people on either side of the political divide the wrong way regularly and its tilted balance has often resulted in windfall gains for the desi platform,” says Kumar.

In December 2021, the platform clocked 20 million downloads. Its features support 10 languages – Hindi, Punjabi, Gujarati, Marathi, Tamil, Kannada, Telugu, Bengali, Assamese and English. Koo’s aim, however, is to cover all the 22 official Indian languages to make it more lucrative for the ‘Bharat’ marketer.

Targeting the Bharat market is exactly what brands present on Koo are looking at. Bharat is categorised as a segment beyond the English speaking consumer, and basically the entire market outside of metros and tier I cities.

When Snapdeal got on to the platform in December 2021, Soumyadip Chatterjee, director, brand marketing at the e-commerce giant said that a platform like Koo would help them in building engaged localised communities at scale.

To keep or not to keep Koo

The brand is positioned as a platform that promises marketers a ‘unique audience’ that wasn’t on the internet before.

Koo, according to co-founder Mayank Bidawatka, is creating a public social media platform for India’s vernacular users that haven’t experienced micro-blogging or self-expression before.

“The size of this market is massive and a lot of their behaviours are yet to be built on the internet,” he says.

This presents “very interesting opportunities for brands” he adds. One, they can reach a large base. Two, brands can “leverage millions of creators on such a platform to carry their brand promise to the users that follow them and each other,” he tells us.

The platform hasn’t yet enabled advertising options for brands. But Koo, on the other hand, is investing heavily in digital advertising for its brand.

On Facebook, for instance, as per the Meta Ad Library Report, Koo is the second highest spender in the last ninety days. The company spent close to Rs1.72 crore on advertising. In the last two years, the platform has put in investments to the tune of Rs5.2 crore on Facebook ads.

But is it expecting returns on ad money? Explaining the limitations, Surath talks about the category ceiling.

“Currently (as of December 2021) they have 7.1 million monthly active users as per Comscore against Twitter’s 120 million. So, if you think of them as a microblogging platform they have a very long way to go,” he says.

“Secondly, Twitter itself, despite its size, occupies a very small proportion of advertising spend. It is primarily a platform used for re-engagement and CRM. For example, Hotstar (129 million monthly active users) has a similar size as Twitter but probably makes 10 times the revenue of Twitter in India. So there is a category ceiling,” Surath notes.

While the microblogging platform has potential for brands, whether to Koo or not to Koo when it comes to brands spending money on the platform, there aren't too many expectations at the moment. For now, Koo's welcoming marketers to leverage what it seems to have to offer – less clutter, access to language users, and no scrutiny.

Tweets by @forbesindia
If we are wearing India jersey, we have to do something great for India: Vandana Katariya—Forbes India 30 Under 30 2022
Post-IPO, stocks tank for Policybazaar's parent but the road ahead may not be all bumpy