China is an outlier, with higher income-expense thrift 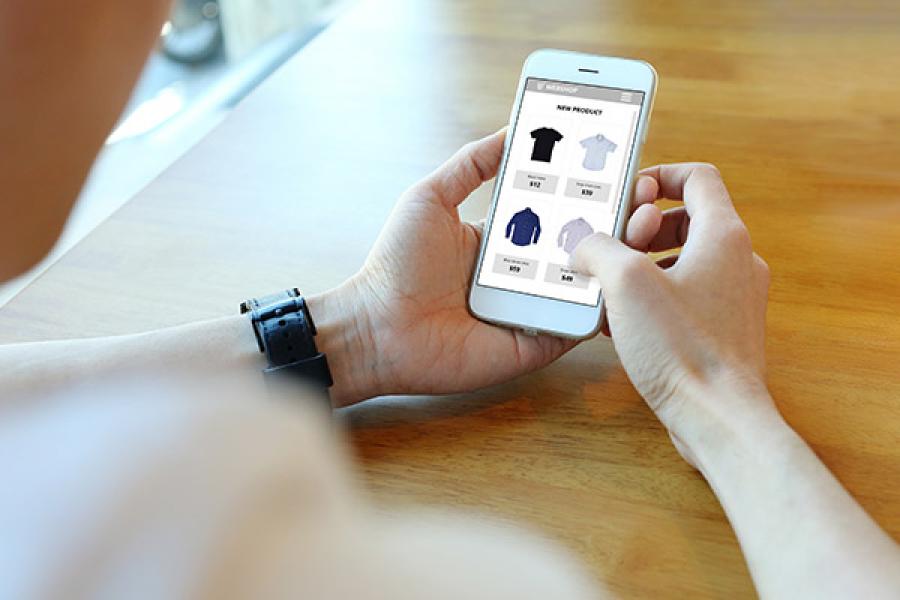 By 2030, more than 1 billion Indians will be online. Which is probably why no battle for the online future of India is more intense than the one now being waged in ecommerce. Sales are still tiny, but the country is the world’s fastest-growing ecommerce market and is prized by America’s and China’s internet titans.

In June last year, one in four mobiles used in India was a smartphone, up from one in five just six months earlier. Add in two more facts—India boasts the world’s fastest-growing large economy, and the planet’s biggest population of millennials—and you can see why the likes of Facebook, Amazon, Uber and Google are falling over themselves to establish footholds here. Jeff Bezos, Amazon’s founder, has publicly stated that he wants India to be his second-largest market, after America, and has backed his plans with billions of dollars of investment.

Not that it’s easy at all.

Simply to assume that ecommerce in the form of Amazons and the Ubers of the world will conjure up growth—particularly of the labour-intensive sort that India needs—would be a mistake. The market in China had a very different starting point, for instance. Here’s why:
1.    When the likes of Alibaba got going, it helped that China was already home to many manufacturers looking for new ways to sell excess inventory. Also, the Chinese just seem to display higher income-expense thrift, whether at the manufacturer's level, or buyer's level. India’s manufacturing base is much smaller, especially for electronics, ecommerce’s best-selling category.
2.    India is also poorer. A smaller share of its population is online—34 percent compared with 52 percent in China.
3.    Indians speak more than 20 languages, which complicates marketing.
4.    The budget unveiled by the central government recently includes plans to upgrade 50,000 km of roads, but India is not about to possess a gleaming motorway network to rival China’s.
5.    The current government’s continued failure to install a harmonised goods and services tax blunts the benefits of ecommerce.

Why all is not kosher in India
Two of the world’s most innovative companies have found themselves reined in by the long arm of the Indian law. Uber Cabs, the breakthrough taxi-sharing service that was picking up massive momentum with its operations in India, found its payment model questioned and banned by the Reserve Bank of India (RBI), which does not allow Indian companies to charge credit cards without a two-step authentication process. Uber, which uses an overseas payments gateway, was sidestepping this directive.

Then came Amazon. The tax authorities in Karnataka provided their own interpretation to the ecommerce model followed by Amazon, potentially curbing its operations. With foreign direct investment (FDI) in online retail banned in India, Amazon, along with its Indian counterparts such as Flipkart and Snapdeal, function effectively as marketplaces, wherein they merely host third-party merchants on their websites and deliver on order to customers.

While doing so, Amazon pre-orders some products to stock in its warehouse in anticipation of customer demand. Karnataka’s tax mandarins would have none of that, ruling that these goods then belong to Amazon which is selling directly to customers.

Ecommerce is too beneficial to be postponed
Ecommerce is not about convenience and keen prices. A very big argument in favour of easing out legal problems is the financial enablement that ecommerce provides.

First, China already provides one example. Alipay, an arm of Alibaba, overcomes mistrust between buyers and sellers by holding on to customers’ money until they have safely received their goods. Now run by an affiliate called Ant Financial, Alipay has more than 400 million accounts that let consumers buy products, pay bills and transfer money. The torrent of information that Alibaba gathered on merchants and consumers was the basis for a lending business.

Something similar is under way in India. Paytm, which provides digital wallets and is itself backed by Ant Financial, has 120 million accounts, nearly six times the number of credit cards in India. Ecommerce companies are also helping small businesses obtain loans that they would otherwise have struggled to raise.

Second, ecommerce giants could help overcome India’s ropy infrastructure and vast geography. Where roads are clogged and infrastructure is decrepit, the rival firms are melding warehouses and local outposts into idiosyncratic distribution networks. Amazon claims to be helping more than 6,000 Indian businesses sell abroad. China again shows what can be done. Alibaba is connecting remote rural areas to the online economy; there are now 780 “Taobao villages”, rural communities in which at least 10 percent of households are shopping or selling over the internet.

The third big impact of ecommerce giants in India is on retailing itself. Shopping malls and chain stores account for only about one-tenth of total retail sales. Already, the combined sales of India’s top three ecommerce sites, Flipkart, Snapdeal and Amazon, surpass those of the ten largest offline retailers.

Conclusion
One must remember that in its heft, governance and manufacturing clout, China is also an outlier.

India is a better template for the ecommerce battle in other emerging markets. Its logistical woes provide a test of firms’ ingenuity. If they find a way to deliver goods profitably there, they may succeed elsewhere. If they falter, their stumbles will provide lessons.

That is all the more likely because India’s ecommerce is so international. Naspers, a Flipkart investor, backs ventures in Nigeria, South Africa and Egypt, among other places. Ecommerce in India is a local battle for customers, but it is also a battle for the future.