11 New Books For Your Library 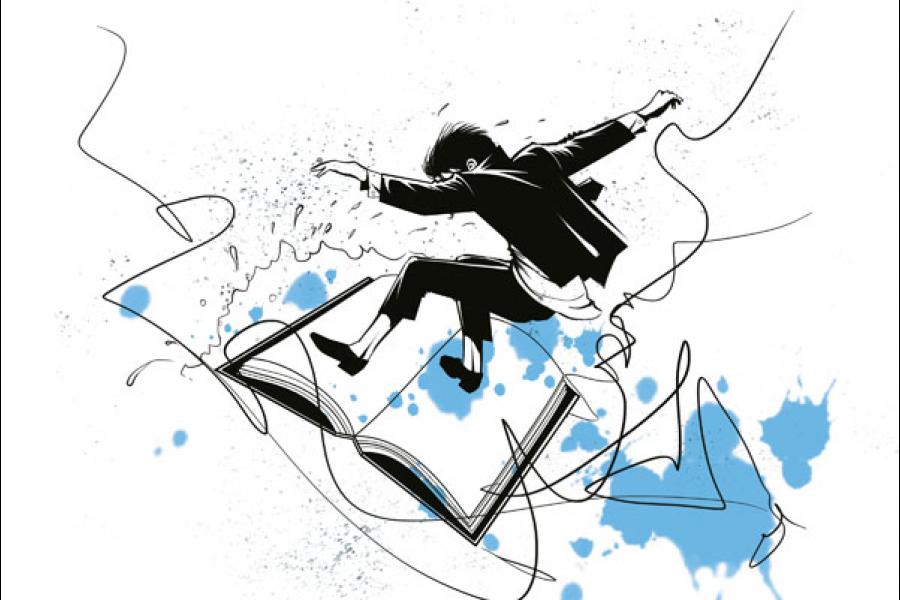 George R.R. Martin’s A Dance with Dragons
In the fifth volume of the hugely popular and highly acclaimed epic fantasy, the young dragons have been brought to terrifying maturity. Now, the war-torn landscape of the Seven Kingdoms is threatened by destruction. Tyrion Lannister, a dwarf with half a nose and a scar from eye to chin, has slain his father and escaped the Red Keep in King’s Landing. The book brings to life dark magic, complex political intrigue and horrific bloodshed, as events at the Wall and beyond the sea threaten the ancient land of Westeros.

David Baldacci’s Hell’s Corner
On the night of the US state dinner honouring the British Prime Minister, Oliver Stone witnesses an explosion as the motorcade leaves the White House. It looks like a terrorist plot directed at the US President and the Prime Minister.

MI5 agent Mary Chapman, who has an agenda of her own, is sent to assist the investigation. Stone, together with Harry Finn, Alex Ford and the rest of the Camel Club, is drawn into the probe. But the explosion may not have been the actual plan. It seems the attackers had another target in mind and it is up to the Camel Club to stop them.


Tom Clancy’s Dead or Alive
For years, Jack Ryan Jr. and his colleagues at the Campus have waged an unofficial and highly effective campaign against the terrorists who threaten Western Civilisation. The most dangerous of the terrorists is the Emir: A sadistic killer who has masterminded the most vicious attacks on the West and has eluded capture. Now, the Campus is on his trail. Joined by latest recruits, John Clark and Ding Chavez, Ryan Jr. and his cousins, Dominick and Brian Caruso, are determined to catch the Emir, dead or alive.

Patrick French’s India – A Portrait
India, long characterised by adjectives such as ‘timeless’ and ‘spiritual’ is now viewed through a new set of clichés: ‘Hi-tech’, ‘go-getting’. But what is the real nature of this rapid change? Patrick French gives an encompassing social, political and economic history of India from Partition to the present day. Examining the cultural foundations that made India’s accelerated transformation from socialist economy to capitalist powerhouse possible, he creates a vivid picture of what it is to live at a time when millions have pulled themselves free of poverty but where corruption and caste prejudice have equally been given new outlets.

Gunter Grass’s The Box
“Once upon a time there was a father who, because he had grown old, called together his sons and daughters — four, five, six, eight in number — and finally convinced them, after long hesitation, to do as he wished. Now they are sitting around a table and begin to talk.” In this delightful sequel to Peeling the Onion, Grass writes in the voices of his eight children as they record memories of their childhoods, of growing up, of their father who was always at work on a new book and always at the margins of their lives. With these memories — contradictory, critical, loving, accusatory — they piece together an intimate picture of this most public of men. The Box is an inspired and daring work of fiction. In its candour, wit and earthiness, it is Grass at his very best.

Robert Muchamore’s Grey Wolves
In the spring of 1941, German submarines are prowling the North Atlantic, sinking ships filled with food, fuel and weapons that Britain needs to survive. With the Royal Navy losing the war at sea, six young agents must sneak into Nazi-occupied Europe and sabotage a submarine base on France’s western coast. If the submarines aren’t stopped, the British people will starve.

Nassim Nicholas Taleb’s Bed of Procrustes
Taleb presents his ideas about life through aphorisms, the world’s earliest — and most memorable — literary form. Procrustes was a Greek mythological character who abducted travellers and invited them to spend a night in a special bed, which they had to fit perfectly. They never did. Those who were too tall had their legs chopped off; those who were too short were stretched. Every aphorism in the book is about a Procrustean bed of sorts: We humans, facing the limits of our knowledge, resolve the tension by squeezing the world into commoditised ideas, specific vocabularies and pre-packaged narratives. Only by embracing the unexpected can we see the world as it really is.

Gregory David Roberts’ The Mountain Shadow
In his extraordinary new novel, Roberts — the author of international bestseller Shantaram — speaks four languages and has, by now, travelled widely in Asia, Africa and Europe. Born in Melbourne, he is now a full-time writer.

V.S. Ramachandran’s The Tell Tale Brain
We see a neurologist, best known for his work in the fields of behavioral neurology and psychophysics at work, tackling extraordinary cases, many of which mark turning points in neuro-scientific knowledge. We see him hypothesising, experimenting, failing, having epiphanies, experimenting, succeeding. In this utterly entertaining account, the fascinating cases fit together and he uses them to explain, from a Darwinian point of view, how our brains, evolved from those of other animals, become neurologically distinct and fundamentally human.

Amitav Ghosh’s River of Smoke
The second in the Ibis trilogy, this sweeping historical saga opens in Mauritius and follows characters, both old and new, as they journey by boat to China against the backdrop of the opium wars.


Jeffrey Archer’s The Clifton Chronicles
The ups and downs of a fictional Bristol family — the Cliftons — will be the subject of Archer’s next three novels for which he was reportedly paid a record £18 million in advance by publisher Macmillan. The trilogy spans a century in the lives of the family that rises out of poverty to become a great industrial force in the city.

The books, which begin with the story of Harry Clifton in 1920s, will be called The Clifton Chronicles and the family will be based loosely on Bristol’s famous merchant families: The Harvey’s, famous for making sherry, and the Wills tobacco family.

Tweets by @forbes_india
Saina Nehwal: What Dedication Can Do
5 Political Events You'll Read About