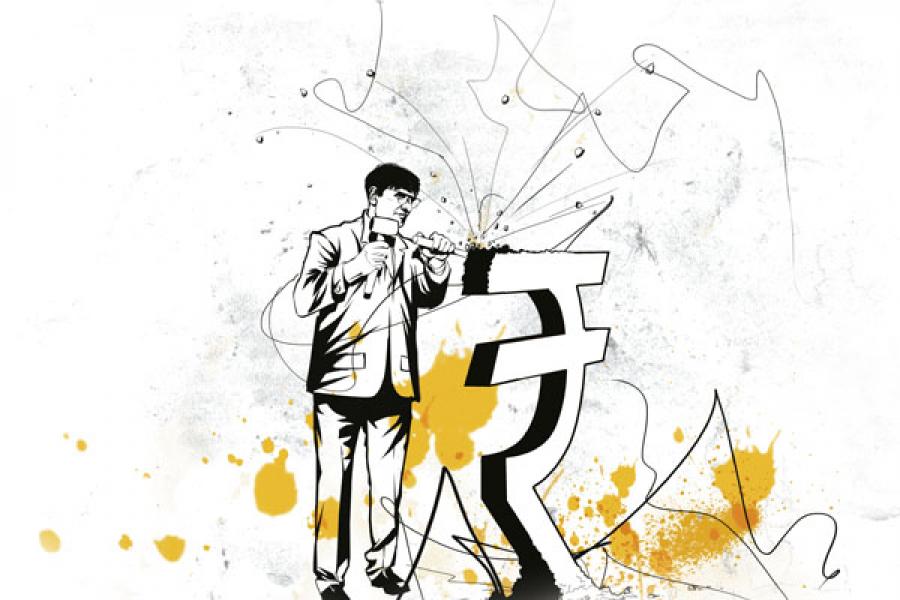 Reduce Obsession with Growth
Matt Ridley writes in his book, Rational Optimist that when you compare 1955 to 2005, human beings, on an average, earn three-times more, eat one-third more calories of food, and live one-third longer. Much of this happened through technological hange — steam engines, electricity, computers, Internet — and therefore productivity gains. However, improving people’s living standards with huge amounts of borrowed money will not help. The housing crisis in the USA showed that, as did the East Asian crisis of 1997.

It is time we got used to the idea that improving the lot of people will take time and if that means a slower growth in corporate profits and hence index levels around the world, then so be it.

Borrow Sensibly
How much should you borrow? The simple answer is “as much as you can pay back”. The problem is that it is hard to estimate that level. Much of the bad rap that capitalism gets is because of debt and its consequences. When private debt goes out of hand it is usually the government that foots the bill.  It is time for governments and regulators to issue leverage indicators (total assets/total equity) for companies, governments and individuals. They should pop out an alert when the leverage levels breach safe limits.

Link Risk and Compensation
Time for equity, derivative and bond traders’ salaries to be linked to the risk they take in making profits for their clients. Think about it, would you get your pay-cheque if the stuff you sold was a) sent back to the company or b) busted the firm that made the product? There is no reason the rule should not apply to any profession that involves high risk and return pay off.  An escrow account to store the bonus could be one way of making sure that CEOs think twice before they bet their firm.

Factor in Green Costs
Mining companies, steel companies, infrastructure sectors would have to take the lead in ascribing a value to the effect of their projects on environment. They would have to price it in the project costs. Governments and citizens would have to learn to pay for it. Jairam Ramesh, the minister of environment, has at least put the subject on corporate agenda and hopefully one day we will have a nature-adjusted discount rate in corporate presentations.

Focus on Financial Literacy
Johnny can read and write and also do his sums but he can’t calculate the effective rate of interest on his home loan. He didn’t know, till a while ago, that Unit-linked Insurance Plans (ULIPs) were horribly expensive! These are the same guys who can pick the right flat-screen TV and pick up Tommy Hilfiger in a fire-sale. It is time for us to understand how financial products and markets work. It is time to understand the markets and how they factor in future events. A society that has the market as one its pillars needs a citizenry that understands its mechanics.