A Eulogy for iTunes

At Apple's annual developer conference on Monday, executives announced that iTunes would be dismantled, and its features would be split among three apps: Apple Music, Apple Podcasts and Apple TV 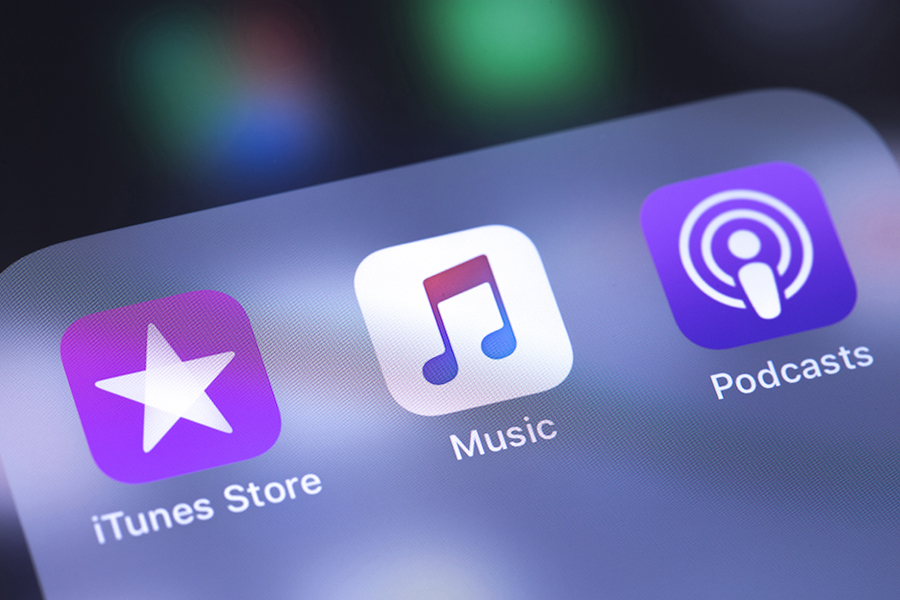 We are gathered here today to say goodbye to our friend iTunes, who went to the great trash can in the sky on Monday.

It was a gentle, dignified passing. ITunes was surrounded by family and friends at Apple’s annual developer conference when Apple executives announced that it would be dismantled, and its features would be split among three apps: Apple Music, Apple Podcasts and Apple TV.

ITunes entered this world 18 years ago as a “digital jukebox” that let users import their favorite CDs, organize their libraries and burn custom mixes. It then became a music store of its own — a magical, one-click emporium where 99 cents could get you almost any song under the sun. Steve Jobs heralded its birth as the dawn of a new age of media consumption, one in which consumers would own the digital rights to their own music.

At the time, iTunes represented an ambitious attempt to wrest control of digital music back from Napster and other bootleg file-sharing services, which were causing havoc in the music industry. Apple was betting that people would pay for music if it was legal, cheap and easy.

The fact that many popular Windows file-sharing apps were ridden with bugs and malware didn’t hurt. Jobs joked that giving Windows users access to iTunes’s clean interface was “like giving a glass of ice water to somebody in hell.”

I first met iTunes back in high school. I was a music nerd and a cheapskate, and I had amassed a library of tens of thousands of MP3s, most of them downloaded illegally from services like Napster and LimeWire. I imported those songs into iTunes, and spent untold hundreds of hours naming, categorizing and arranging them into a pristine music collection that would have made the librarians of ancient Alexandria jealous.

I swore I would never pay for music again, but a few years later, Apple won me over with its reliable file quality, speedy downloads and ability to sync music across devices. ITunes was simple and elegant, and it assuaged my fear of going to jail for music piracy. Within a few years, Napster had been sued out of existence, and I was getting most of my music from a company that, just a few years earlier, had been known for selling candy-colored computers.

In the commercial internet’s early days, it was a common refrain among techies that “information wants to be free,” and many assumed that people would never buy content that they could get without paying, even if it required a little effort.

ITunes and its 99-cent songs proved those people wrong, and created an entirely new business model for digital media. That breakthrough not only saved the music industry — it may have saved the film, TV and book publishing industries, too.

I’ve come to think of iTunes as a core piece of what I call the Middle Internet — the period between the Wild West days of Napster and the hypercentralized era of Facebook and YouTube.

It was an era of clean, well-lit marketplaces where people could buy things to listen to, without worrying about buffering or corrupted files. It filled an important technological gap in the period when lots of people had internet access, but few people had smartphones with data plans capable of streaming high-quality media on demand.

And it was a time when people actively curated their own online media, rather than having it algorithmically spoon-fed to them.

But nothing gold can stay. And in the early part of this decade, subscription music services like Spotify and Pandora, which offered an all-you-can-eat bacchanal of music for a monthly subscription fee, began to eat away at Apple’s advantage.

Ultimately, Jobs’ prophecy was wrong. People wanted to rent access to a centralized streaming library, not pay a small fee to own every song. As streaming services grew, sales of music downloads plummeted. According to the Recording Industry Association of America, downloads now make up a smaller percentage of recording sales than physical albums — a twist Jobs could never have seen coming.

In 2015, Apple tried to rescue iTunes by bolting on its own streaming service, Apple Music. But the idea was doomed from the outset. People couldn’t figure out the new, Frankensteinian hybrid. Which of their songs were hosted in the cloud? Why did they need to re-enter their Apple ID every time they wanted to play an album? Where were their downloads going? Marco Arment, a longtime Apple blogger, called iTunes a “toxic hellstew.”

Since we’re among friends, I can be candid: ITunes didn’t age well. In recent years, it had become a bloated, buggy nightmare. Apple crammed more and more into iTunes — movies, TV shows, podcasts — until the whole thing was slow and confusing.

My encounters with the program were increasingly maddening: I’d open an audio file in iTunes by mistake, wait three minutes for it to load, and have to force-quit the app in frustration. (And don’t even get me started on the time iTunes forced a U2 album on millions of unsuspecting people — midlife crisis doesn’t even begin to describe it.)

But let’s not remember iTunes as the mess it became. Instead, let’s remember it as it once was: a revolutionary product that transformed the music industry, ushered in a new model of digital ownership and tamed a messy, chaotic part of the internet by building something simple and elegant to replace it.

My 15-year-old self, drunk on freedom and awash in pirated MP3s, might have cheered the demise of a corporate-controlled music clearinghouse. But my current self gets a little wistful watching an icon of the old internet pass into obsolescence, and knowing that the iTunes library I spent all those hours perfecting is collecting dust on a hard drive somewhere in my closet, another casualty of progress.