Are Oil Reserves in Africa an Opportunity for Indian Firms? 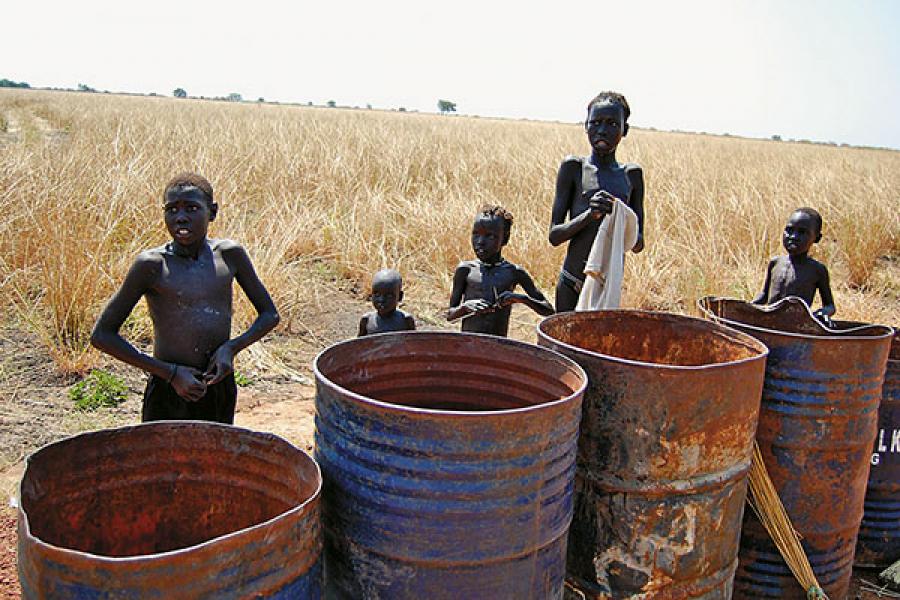 Image: Getty Images
TOO HOT TO HANDLE? The political risks of operating in East Africa are mammoth. While the local community often fears for its future land rights, companies also have to contend with non-existent regulations and vested interests

As the crow flies, Rovuma basin in offshore Mozambique is only about 5,500 km away from Kochi. Not a long way to transport gas at all. Especially if you consider the options. As home production comes down, Indian companies have been scouring the earth looking for oil and gas to feed India’s growing energy demand.

It is now pretty clear that at least 60 percent of the hydrocarbons needed to fuel our economy over the next decade will have to be imported. The huge boost in supply expected from Reliance Industries’ Krishna-Godavari discovery in 2002 has failed to materialise and ONGC’s production is stagnant. Long-winded negotiations are still trying to get natural gas from Turkmenistan through the TAPI pipeline. For here and now, pragmatic gas suppliers like GAIL India have little option but to sign up contracts to buy LNG (liquefied natural gas) from producers as far off as the US, Russia and Australia.

In the middle of this, fresh discoveries in East Africa bring much hope. Recoverable reserves in the Rovuma basin have crossed 100 tcf (trillion cubic feet) and are already higher than India’s Krishna-Godavari offshore. The prospect has an India connection as Bharat Petroleum and Videocon are part of the six-member consortium that found the gas this June. Local demand is not large and the consortium is firming up plans to set up an LNG plant to ship the gas out. Yet, two big issues could prevent the gas from making it to India.

The first hitch is the price. The consortium is in the process of peddling its wares in Asian markets, looking for buyers at $13 to $14/million metric British thermal units (mmbtu). Indian customers are unwilling to buy at this price. “The gas may well end up in the Korean or Japanese markets,” says BPCL Chairman RK Singh.

BPCL has two conflicting objectives in this venture. As producer of the gas, its aim is to maximise profits and find a buyer who can pay the most. But as a government-owned company with ambitions of being a major gas marketer, BPCL would like to see the gas being brought into India. It has already invested close to Rs 4,000 crore in the project. The first LNG train (liquefaction and purification facilities) of 5 tcf is expected to be certified this month, with the second one following in six months.

The second and more difficult issue is the huge political risks of operating in East Africa. Large oil discoveries around Uganda’s Lake Albert in 2006 and subsequent gas discoveries in offshore Mozambique have transformed it into an up-and-coming destination. Of the 27 wells drilled in the last two years in offshore Tanzania and Mozambique, 24 have yielded discoveries. Yet, East Africa remains a frontier region with the danger of being afflicted with the Resource Curse—a paradox in which countries that have abundant natural resources suffer from stunted growth and social inequalities that trigger unrest. A recent white paper on managing risks in East Africa by global risk advisory firm Control Risks has found that in addition to poor infrastructure, companies have to contend with archaic or non-existent regulations and a number of competing vested political interests.

Local communities are often caught between euphoria at the prospect of new-found oil wealth and fears for their future land rights. Except South Sudan, production is yet to begin anywhere in the region, but there are already lessons to be learned. Although Uganda’s oil reserves were unveiled in 2006, the ensuing years have been turbulent with lengthy negotiations and delays to the production schedule. The paper warns that investors looking at the steady flow of new discoveries in Mozambique, Tanzania and Kenya should take stock of the Ugandan situation. Although Mozambique is touted as a rival to Australia as an LNG exporter, it is likely to be a number of years before it can challenge existing exporters. Endemic corruption and limited oil and gas infrastructure will pose significant challenges to operators.

“The easy oil is all gone,” says BPCL’s Singh. Oil companies around the world have been venturing into higher risk areas to extract hydrocarbon. These could be either geologically challenging—like the Arctic or drilling in deepwaters—or politically difficult—like operating in Russia or Africa. The lack of infrastructure (pipelines, storage) to evacuate the products is a big challenge. Investors often have to build (and protect) the entire chain.

The high stakes also mean that companies frequently have to contend with political interference. Ugandan President Yoweri Museveni has assumed almost complete control over the oil sector, using his executive muscle to bypass formal structures. According to Control Risks, Museveni has disregarded recent efforts by some lawmakers to introduce greater parliamentary scrutiny over contracts. Such is the level of Museveni’s personal interest that he appears increasingly likely to run for another term rather than stand down before 2016, which would mark the 30th year of his presidency, the report says.

Can Indian companies get around such problems? Chinese companies have made rapid inroads into Africa, often outbidding the Indians. Engagement at the diplomatic level offers some comfort. Yet, at the core, the industry will have to find solutions. India doesn’t have much of an option otherwise.