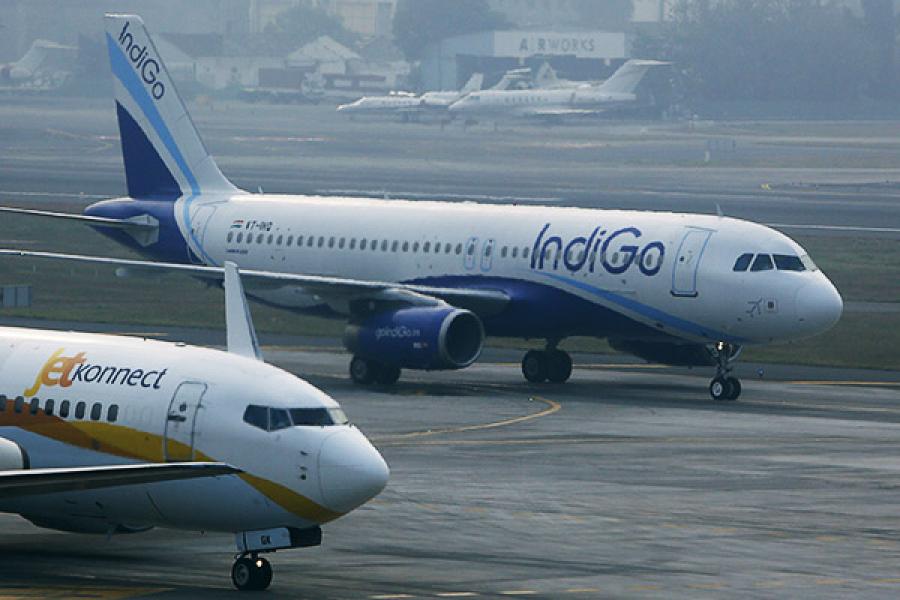 The National Civil Aviation Policy (NCAP) finally got the Union Cabinet’s approval on Wednesday, almost eight months after the draft policy was announced.

The key highlight of the NCAP, which has been tweaked from its draft version, is the abolition of the 5/20 rule which stipulated that Indian airlines could fly overseas only if they had been in operations for five years and had a fleet of 20 aircraft.

At about 1.30 pm on Wednesday, P Ashok Gajapathi Raju, minister of civil aviation, government of India, tweeted, “NDA government clears India’s first ever integrated National Civil Aviation policy. This will be a game-changer for the sector.” Since then, the minister, who is the TDP MP from Vizianagaram, has been actively tweeting about the key highlights of the policy.

However, the stock market reaction to the NCAP was a mixed bag. Even as the benchmark index Sensex ended the day up by 1.25 percent, shares of listed Indian airline companies IndiGo and Jet Airways were up by 1.90 and 0.21 percent, while SpiceJet’s shares were up by 3.51 percent.

The minister said the main objective of the NCAP was to make flying affordable, safe, convenient, and promote balanced regional growth, tourism, infrastructure, and ease of doing business.

What is clear is that the 5/20 rule has now become a 0/20 rule. However, what isn't too clear is the option of “20 percent of total capacity on domestic routes”. Even as older Indian airlines like Jet Airways and IndiGo have been opposed to the abolition of the 5/20 rule, the revised guidelines will benefit the newer airlines. At present, the two startup Indian airlines, Vistara and AirAsia India, (Tata Sons has a majority stake in both), operate a fleet of 11 and 6 aircraft, respectively. While Vistara operates to 17 destinations in the country, low-cost carrier AirAsia India operates to 10 destinations.

That apart, the main focus on the NCAP seems to be on regional connectivity and the implementation of a Regional Connectivity Scheme (RCS) to revive unserviced airports in tier II and III cities in India. And as per the scheme, air fares on RCS routes for one-hour flights will be capped to Rs 2,500. Earlier this year, the Union government had raised the excise duty on Aviation Turbine Fuel (ATF) from 8 percent to 14 percent. But the increase was not applicable on ATF at airports that fall under the RCS.

Moreover, the NCAP is also looking at enhancing skill development in the aviation sector. “To ensure the availability of quality certified 3.3 lakh skilled personnel by 2025, to meet 100 percent requirement,” said the minister.