China and Davos have, since Mao, become one of the oddest power couples in international economics and politics, as Chinese leaders have repeatedly chosen the forum for important policy speeches 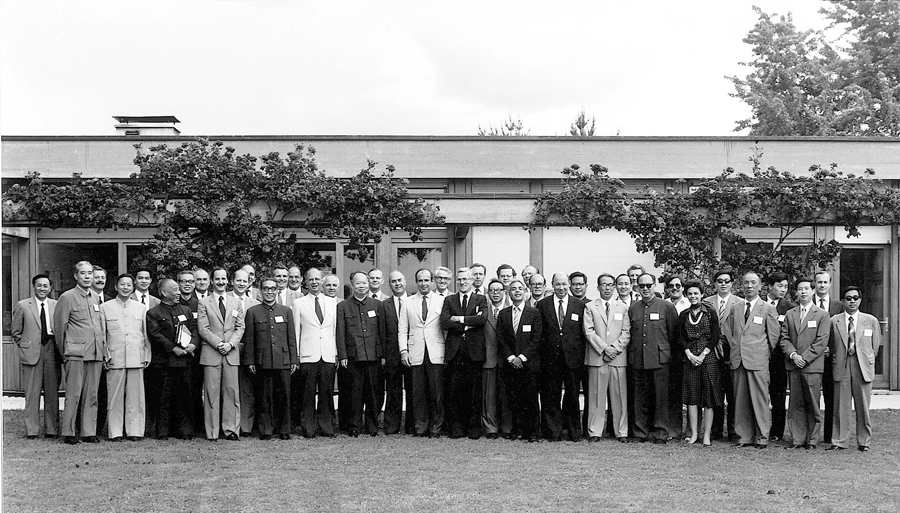 SHANGHAI — Beijing’s alliance with the World Economic Forum started in 1979 with the arrival in Davos, Switzerland, of a small team of free-market economists led by a wizened Chinese intellectual, Qian Junrui, who had barely survived Mao’s Cultural Revolution. He had been imprisoned for eight years, tortured and repeatedly beaten unconscious.

China and Davos have since become one of the oddest power couples in international economics and politics. The relationship traces the story of China’s ascent after Mao. Chinese leaders have repeatedly chosen the forum for important policy speeches.

Nearly three years after overseeing the Tiananmen crackdown in 1989, then-Premier Li Peng traveled to Davos and urged global business leaders to resume investing in China. Starting in 2007, the country’s premiers began hosting an annual “summer Davos” session in China, with the World Economic Forum, to gather business leaders from across the developing world. And in early 2017, Xi Jinping, China’s current leader, selected Davos for his plea to the world not to embrace trade protectionism and populism.

At this year’s gathering, Chinese officials dealing with a slowing economy and faltering investment are prepared for an energetic promotional message. Their pitch: The signing of an initial trade agreement with the Trump administration last week means China remains a good place for multinationals to keep much of their manufacturing supply chains.

On the face of it, China is an awkward player at a forum that celebrates free trade and markets. China has long maintained some of the highest tariffs on imports of any of the world’s leading trading nations, although it has started to reduce them in the past 18 months. It has won global dominance in a succession of industries through lavish government subsidies and elaborate and often protectionist industrial policies.

Through the years, changes in China’s delegation to Davos have reflected its economy’s evolution. The initial teams were dominated by free-market economists like Qian.

From the 1990s through the early 2000s, wealthy Chinese entrepreneurs played a leading role. The founders of China’s biggest tech companies, like Jack Ma of Alibaba and Robin Li of Baidu, formed an informal club that meets annually at Davos as they stay at elegantly furnished chalets with magnificent views of the snowy slopes and forests above.

China’s state-owned enterprises, like State Grid, the main electricity transmission company, have long sent delegates to Davos, but have expanded their phalanxes of top executives in the past few years as Xi has strengthened their commanding role in the Chinese economy. The Davos forum has become one of the few events for which state-owned enterprise bosses and other senior Communist Party cadres can obtain Beijing’s permission to exit China as domestic surveillance increases.

The executives say practically nothing at the forum itself but hold extensive private meetings at nearby cottages with government and business leaders from around the world. Advisers from global consulting firms help the Chinese leaders organize long schedules of hour-by-hour meetings, followed by stops at cocktail parties and dinners each evening.

As the World Economic Forum prepares to celebrate its 50th anniversary this week, the ability of China and the forum to balance the rhetoric of globalization and international openness with China’s increasingly state-led model has seldom been less clear.

China’s choice of leader for this year’s delegation underlines the country’s balancing act: Executive Vice Premier Han Zheng. He is in charge of day-to-day management of China’s economy and also oversees policies on Hong Kong, a semiautonomous Chinese city that has been shaken by seven months of sometimes violent protests as many residents object to Beijing’s rising influence.

The big question being asked in China is whether policymakers spent so much time listening to the global elite at Davos that they missed an international upswing in populism that has already produced a trade war with the United States and tensions with Europe. That populism now threatens precisely the globalization that Davos and its cosmopolitan elites epitomize.

“The discussions and pervasive sentiments at Davos might have lulled Chinese policymakers,” said Eswar Prasad, a Cornell University economist specializing in China.

At the same time, China’s trading partners and economic rivals are asking whether they spent too long listening to what China was saying at Davos, and not enough time looking at what it was actually doing.

Even as Xi was extolling free trade at Davos in early 2017, for example, his government was rushing ahead with its $300 billion “Made in China 2025” plan to replace imports of semiconductors, commercial aircraft and other advanced technology products with domestic production.

Officials and economists in China concede that Beijing did not foresee the rise in global worries about blue-collar job losses in places like the United States and Germany. But they strongly deny that it was the fault of China’s extensive participation at Davos. They attribute the missed signals instead to China’s failure to develop stronger relationships with communities in industrial heartlands around the globe.

“There was a lack of people-to-people communication between China and the United States,” although China has greatly expanded such communication in the past two years, said Zhu Min, a former deputy managing director of the International Monetary Fund and former vice governor of China’s central bank. He is now a trustee of the World Economic Forum.

Western bankers, multinational executives and others advising Beijing made a mistake in initially dismissing the rise of populism, said Yuan Ding, the dean of the China Europe International Business School in Shanghai. China erred by not telling the country’s state-owned media and other researchers to visit a wide range of locations and not just pay rapt attention to what is said in Davos, New York and Western capitals.

Regardless of whether China has paid too much attention to Davos, the partnership has clearly been close. And China has been a big beneficiary.

Today, the leaders of China’s state-owned enterprises use their attendance at the forum to allay any overseas concerns about their expansion into international markets, said Justin Lin, the director of the Center for New Structural Economics at Peking University.

“They need to explain themselves to this global forum,” Lin said.

While Davos may be an imperfect place for China to listen to global economic policy sentiment, China seems likely to keep paying attention.

“It’s too small, it’s too cold and in many cases it conflicts with Chinese New Year,” Zhu said. “But people still go.”

Tweets by @forbesindia
How Nabhi Sutra is unraveling a hidden remedial technique by Ayurveda
In its 50th year, Davos is searching for its soul