Our corporate culture is closely intertwined with our social structure. Organisations tend to be hierarchal and leaders are reluctant to relinquish their power base 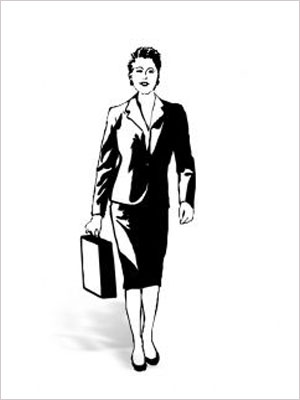 I was born in India and have lived overseas for more than two decades. When I returned a few years ago, I was intrigued. The country had experienced tremendous growth in the past decade and its population had multiplied. But it was almost baffling to note the lack of diversity in the top leadership both in the business and political landscape. Another striking aspect was the low percentage of women leaders running our businesses.

Recently, I met a former chairman of a bank who remarked that we’re a nation of a billion people but with minimal ‘new age’ leadership; I could not help but agree. The fact that we’ve very few new-age leaders and even fewer women leaders motivated me to delve deeper into this.

I realised, in India, we have a class system in leadership. Our corporate culture is closely intertwined with our social structure. Organisational structures tend to be hierarchal. Status-conscious executives across organisations often act like feudal lords driving their workforce: In some cases, not very differently from the way zamindaars drove their peasants in yesteryears.

The next important responsibility that leadership demands is to empower other people to become future leaders. Leaders need to build strong second tiers, who do the same for the tier below them. This ensures that capable people are available for delegation and greater empowerment.

However, in my years of interaction with leaders, I have observed a trend. Leaders are often reluctant to relinquish their ‘power-base’ or bring in new talent at the senior level resulting in a leadership vacuum in the organisation. This is because once a leader gets to a position he doesn’t want to give up.

I deliberately mention male leaders instead of women, as we’re also a country of serious gender imbalance at the top level. I’ve often noticed women leaders dropping out of the organisational ladder during their transition from middle to senior levels. The reason for this is the societal norm which identifies women as prime care-givers to their family. Additionally, a low education ratio among women in the country and an overall bias against women leaders in smaller cities tend to discourage gender diversity at the top level.

In a country as big as India, we do not have enough transformational leaders whom young Indians can look up to. Transformational leadership requires leaders to hire better future leaders than themselves and empower them to drive the success of their organisations. This should be one of the most important criteria of success for every transformational leader in India. Further, we need more leaders with a strong value system. An organisation often adopts the leadership DNA of its top leaders. If a leader believes and demonstrates openness, honesty, integrity, humility, prudence and accountability, others will follow suit.

Compared to our western counterparts, in India, a lot of importance is given to people in high leadership positions. They have enormous authority to influence the lives of those working with them. In fact, if businesses tap into this cultural aspect, they can drive the value system of the entire organisation and enable transformation.

Often during business, I meet several leaders holding posts of chairman, CEO or premiers/ministers – those with massive people responsibilities. To demonstrate the values of humility and simplicity, these leaders walk into the cafeteria of their companies and have lunch with the most junior staff on a regular basis. This is no different to what I’ve seen in Australia, where the Premier of Queensland would line up right behind me or in front me every morning, waiting patiently to buy his coffee from the local café with many others. Leaders such as these are more successful in connecting with people and driving the agenda for change and transformation more effectively.

There is no doubt that our country has produced some outstanding transformative leaders such as Narayana Murthy, Ratan Tata, Azim Premji, S Ramadorai and others. But the demand far exceeds the supply. Future leader incubation is critical for the success and growth of India. We need leaders who are self-aware, who create more leaders with a strong value system. This will not only transform the business, but the society and ultimately the nation.

Kumar Parakala- is the KPMG, COO for advisory in India. This is the third of his blogposts on Transformational Leadership, as part of Forbes India Leadership Awards.