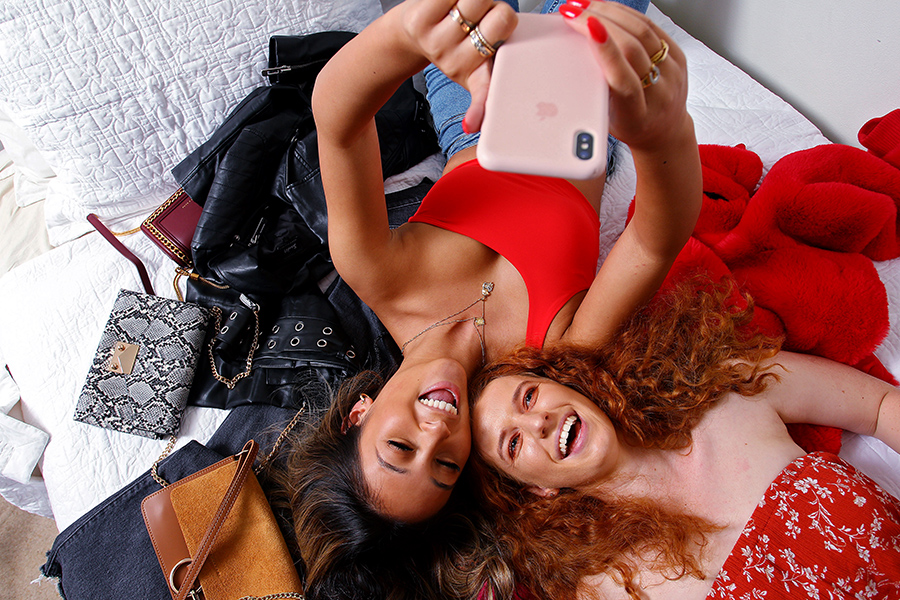 Nicole Lambert, left, and her best friend take selfies at her family's home in Sydney, Oct. 6, 2019, before going out for the evening. "I love it when people message, 'Where did you get that from?'”
Image: Lisa Maree Williams/The New York Times