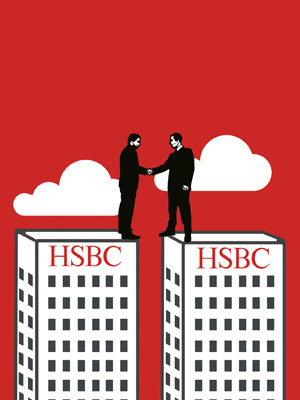 After a lacklustre performance in the last three years in the equity category, HSBC Mutual Fund is gearing up for some serious changes. Tushar Pradhan, the chief investment officer (CIO) of HSBC Mutual Fund, has been given the responsibility to manage the HSBC Equity Fund along with three other equity funds. His task is to make HSBC Equity one of the best performing funds in the country.

In 2003, HSBC Equity, the flagship product of the asset management company (AMC), was among the top five best performing funds in the equity category. But over the years, the fund’s overall ranking was in a free fall. In 2009, the fund’s ranking was at an all time low as the fund managers went into cash and the market shot up by 18 percent in a single day.

But HSBC as an organisation is going through a lot of change at the global level. Pradhan is going to adopt the techniques used by HSBC global for his Indian funds. He is now collaborating with the Singapore team which he feels will benefit both the Indian as well as the off-shore teams. According to Morningstar, the GIF Indian equity fund is down by 32 percent in 2011 (nine months) against MSCI India Index, which was down by 6 percent.

But now the collaboration between the two teams will help the entire HSBC AMC business. The Indian equity funds will have a proper screening process, where the funds will concentrate on companies with sustainable return on equity for the right price to book value, using statistical tools that have been used successfully by its global counterpart. The global team can get information about Indian companies from the Indian team.

“We are looking for the best company for a certain value. The method is very dynamic and we will be able to concentrate on exactly what we want as we know what fits in our universe,” says Pradhan.

The concentrated effort will make investment more scientific. Pradhan believes that the Indian markets have become relatively efficient over the last decade, but it is still a market where fund managers can seek alpha (stocks with better performance relative to the market indexes). He has already aligned the portfolio of his funds to the new philosophy. The performance will, hopefully, follow.

Tweets by @forbesindia
CAG Audit of NREGA is not Enough
Rugby: Scrumming It