CAG Audit of NREGA is not Enough

While a CAG audit is welcome, it alone won't improve the effectiveness of the National Rural Employment Guarantee Act 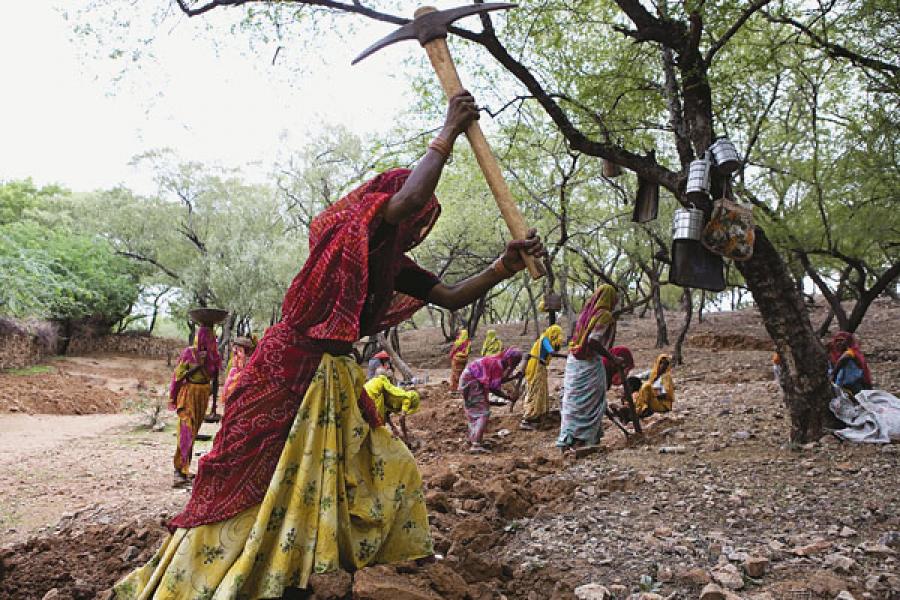 The MGNREGA has a budget of about Rs. 40,000 crore. Such an audit would bring clarity to delays in wage payments, one of the biggest obstacles in the Act’s effectiveness. Equally important would be the projects being funded — this would give a better understanding on how far the funds are actually improving the rural infrastructure.

However, this isn’t the first time that the CAG will audit MGNREGA. It had come up with a report in 2007 after auditing the first year of the Act’s implementation, and its comments were used by many naysayers to dismiss the nascent Act.

The problem is that a CAG audit is essentially a financial audit, and not a  performance audit which measures the Act’s real impact. “In a country as geographically and socially diverse as ours, the CAG simply does not have the wherewithal to conduct a performance audit. For example, the CAG can only check whether on paper the wages were paid or not,” says Himanshu, professor of economics at Jawaharlal Nehru University. So, often enough it wouldn’t be able to check whether the right people got the wages.

“That’s why it should be seen as complementing the social audits, which can truly perform the performance audit,” says Himanshu stressing the need to strengthen the way local people themselves audit NREGA.

Reetika Khera, professor at IIT Delhi, says that even within the official framework more needs to be done.

“I think more audits are a good idea, though I feel that these one-off things are less helpful than having an annual audit of the Gram Panchayat (village level local self government) accounts, as we do for anyone else.”

As a result, there is no proper “squaring of accounts” exercise which could check, say at the district level, whether all the money released for “wages” matches with the village level records.

In the current context when corruption has become perhaps the most important national issue, this decision may not only provide another level of scrutiny to a scheme that is beset with corrupt practices, but also start a trend.