The cruise lines have faced crises before, but COVID-19, as the virus has been named, whose ultimate worldwide spread is still to be seen, could be its biggest challenge yet 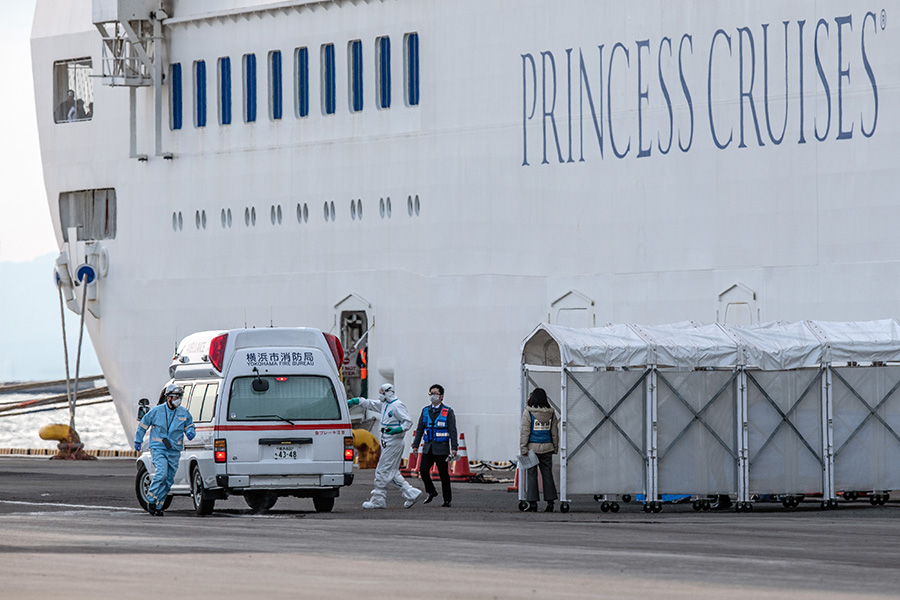 For the cruise industry, the coronavirus is a public relations nightmare. For more than a week, the world has watched as the Diamond Princess ship has been quarantined in the Japanese port of Yokohama, its 3,600 passengers and crew stuck and the number of people infected by the coronavirus climbing to at least 175. A second ship has been sailing the South China Sea like a modern-day version of the Flying Dutchman, turned away from five ports over fears that a person onboard was infected. Even thousands of miles from the outbreak, in Bayonne, New Jersey, four Chinese passengers aboard a cruise liner were briefly quarantined after health officials screened more than two dozen passengers. They turned out not to have the coronavirus. The cruise lines have faced crises before, from their ongoing battles with the norovirus, which can tear through an entire shipload of passengers causing gastrointestinal problems, to the 2012 sinking of the Costa Concordia, whose captain ran it aground off the coast of Italy, killing 32 people. But COVID-19, as the virus has been named, whose ultimate worldwide spread is still to be seen, could be its biggest challenge yet. “The longer ships like the Diamond Princess stay in the press, the more people who have never taken a cruise before think of cruising as a less than ideal vacation,” said James Hardiman, managing director of equity research for Wedbush Securities, who follows the industry. Cruise companies have been reluctant to release any data about whether there has been any impact on bookings in the $45.6 billion global industry in the weeks since the outbreak began in the Chinese city of Wuhan, but some travel advisers said they are off by 10% to 15%. The companies, including the biggest lines like Norwegian Cruise Lines and Carnival Corp., which includes Princess Cruises, have either declined to comment or released statements reiterating that their priority is passenger safety. Each cruise line also listed the precautions it is taking to keep passengers safe: Because they typically have thousands of people in a small space over an extended period, cruise ships are known to be incubators for illnesses. Not surprisingly, cruises in Asia and the Pacific were especially hard hit. Alex Sharpe, president and chief executive of Signature Travel Network, a consortium of 7,000 travel advisers, said that, “New demand for these cruises is very low currently,” and that spring sailings were “unlikely to sell from our market.” “If the industry doesn’t get its arms around this, it could affect customer confidence in China toward cruises for a very long time,” said Hardiman, of Wedbush Securities. China has been one of the travel industry’s biggest growth markets in recent years, and trips in the Asia-Pacific region make up about 10% of the industry, according to the Cruise Lines International Association, a trade group. Between 8% and 9% of passengers on cruise lines represented by the trade group are from China, Macao or Hong Kong, and the number of ships deployed in Asia grew 53% between 2013 and 2017. A growing number of ports across the Pacific, from Busan, South Korea, to the New Caledonian ports of Lifou, Mare and Isle of Pines, are banning cruise ships. Hong Kong has been closed since Feb. 6. Passengers said that rather than trying to accommodate them, cruise companies have been uncommunicative and unhelpful. Maranda Priem, 24, of Washington, D.C., and her 53-year-old mother, from Minnesota, were supposed to be aboard the Norwegian Jade, a 2,200-passenger ship operated by Norwegian Cruise Lines, which was originally scheduled to depart from Hong Kong on Feb. 17 for a cruise stopping in Singapore, Vietnam and Thailand. As her concerns about the coronavirus grew, Priem repeatedly emailed and called the company asking if she could switch to a different cruise or receive a refund or future credit. Her requests were denied. In an email Feb. 4, Roxane Sanford, coordinator of guest relations for the cruise line, reminded Priem that “mainland China does not include Hong Kong, Macao or Taiwan” and added that “regrettably, we are unable to proceed with cancellation and refund.” When the Hong Kong port closed, the company moved the sailing to Singapore, a change in itinerary that required Priem and other passengers to rebook their flights and absorb any extra costs. On Wednesday she decided to cancel, without knowing if she would get the nearly $1,700 she paid for the cruise back. “It’s been a bit of a nightmare dealing with Norwegian,” she said. “Norwegian won’t tell us what they will reimburse, and they haven’t been helpful.” Norwegian Cruise Line did not respond to requests for comment. When a ship’s itinerary is changed, “passengers have little recourse as a practical matter,” said Jim Walker, a maritime lawyer who represents people suing cruise lines. “Cruise lines are able to freely alter their itineraries, and if you don’t have insurance, you’re just stuck, and the trouble with insurance is, it often has exceptions for pandemics and things like this.” Walker said that he has received a “significantly higher” volume of calls from travelers looking for guidance on how to deal with cruise lines changing itineraries without offering refunds or the chance to reschedule.