A startup called Voatz says it has developed an app that would allow users to vote securely from anywhere in the world—but where optimists see a more engaged electorate, critics are warning that the move is dangerously irresponsible 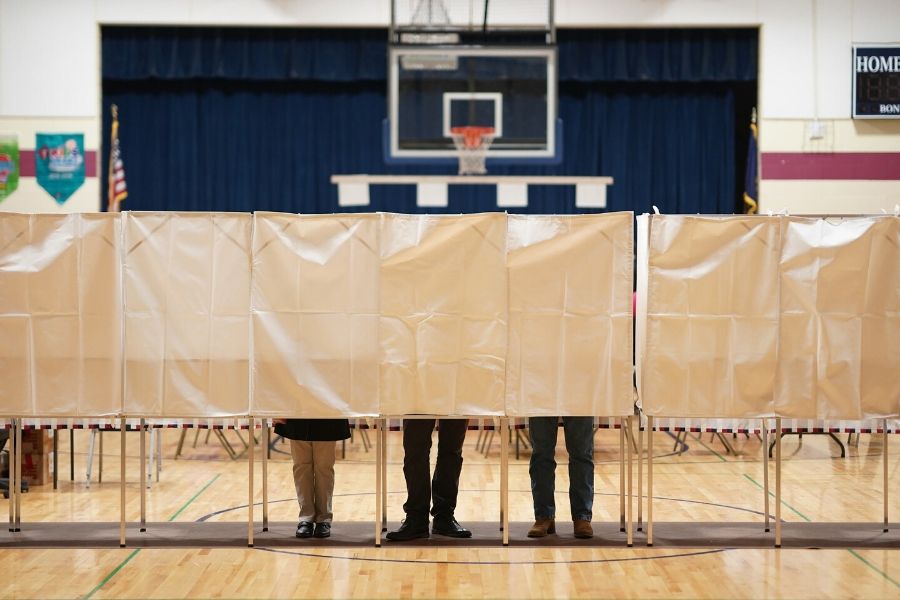 People vote in the New Hampshire primary at Rye Elementary School in Rye, N.H., on Tuesday, Feb. 11, 2020. A startup says it has developed a smartphone tool through which voters can cast ballots anywhere, but researchers say the app is riddled with security flaws. Image: Chang W. Lee/The New York Times