The stock has underperformed compared to the IT index over the past year, but Murthy’s changes are bringing results

The Infosys stock price has remained flat at around 1-2 percent even when the company managed a better than expected Q3 result. The company posted a 21 percent increase in net profits showing a stronger growth in its Europe and US client portfolios, though the percentage-wise regional share remained the same.

Currently, the stock is trading at around Rs 3512 and over the last one year the stock is up by around 50 percent compared to the Sensex which was up 5 percent. Interestingly, the company has still not managed to beat the IT index which was up by 56 percent for the same period. 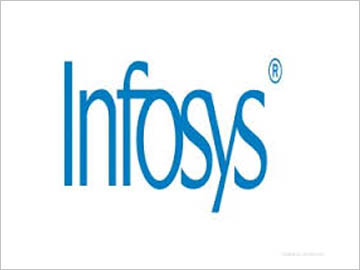 Much of the growth in the stock prices of IT companies is associated with the depreciating rupee during the last year, which went down by almost 13 percent and boosted the overall revenues of export-oriented companies.

In fact, funds like HDFC Top 200, the biggest fund in the Indian market, is betting heavily on the stock with a holding of around 9.21 percent as of November 30, 2013. Generally, fund managers have believed in the financial sector as their biggest bet. According to research firm Morningstar, even now, sectorally, Financials are at 30 percent for the fund but IT now comes at second position at 15 percent, where Infosys accounts for the bulk.

With the return of NR Narayana Murthy to the corner room at Infy, the stock has seen lower volatility and an inbuilt confidence amongst fund managers. The implied volatility based on futures and options data works out to 40 percent which is considered to be the lowest when compared to the last one year. Derivatives analysts are building strategies looking at the lower implied volatility which basically bets on the fact that the stock price will not show a fall from here onwards.

But the company itself is going through an interesting phase. This is at a time when there are many exits in the top management and unlike TCS, Infosys is not really clear about its succession planning. The company is banking on Pravin Rao who is currently the president of the company and is responsible for driving the growth and differentiation across a portfolio of services.

The company has added 54 clients during the quarter as compared to 89 last year. Overall, there has not been much difference as far as top ten clients are concerned, who account for 24 percent of the revenues. The overall employee utilization is also at the same level at around 75 percent but the attrition level has gone up. The attrition level is at around 18 percent, the highest over the last one year. The company has a total employee strength of 1,58,000.

So is Infosys still a good bet for investors?

Considering the fact that the next one year is going to be volatile due to elections and with the macroeconomic situation not exactly at its best, export oriented companies are a still great buys for most fund managers. Infosys has some issues when it comes to growth in dollar revenues and its succession planning for the future. There is a lot of improvement that NRM will eventually try to bring into the system. But analysts believe that in such a situation a portfolio of stocks or an IT ETF or index fund would work out better. As seen earlier, the index has managed to do better than the stock.

For stability, TCS is still a better bet than Infosys but then the upswings on this stock are very limited.