With an eye on financial inclusion, Utkarsh has helped enterprises that are too big for microfinance institutions and too small for banks 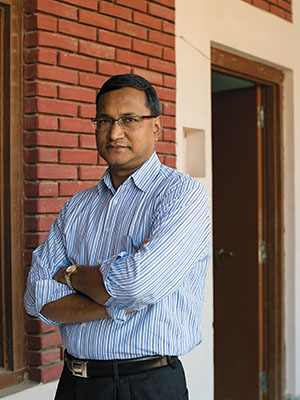 Thirty-year-old Vineet Kumar has been making threads used in fishing nets for as long as he can remember. His father was a teacher but Kumar remained unlettered; he had to join his uncle’s business at the age of 12 when the family faced a financial crisis and a hand-to-mouth existence.

But the tide started turning about a year-and-a-half ago when evaluators from a little-known microfinance firm, Utkarsh, landed up at his door with the promise of change. “They offered me a loan of Rs 60,000 that allowed me to double the number of machines I had and also double my monthly profits to Rs 30,000 in one move,” says Kumar, a Varanasi resident, who runs his ‘factory’ with his two brothers and their spouses. Now, with the extra cash and a new-found confidence to expand his work, Kumar knows what his children will do: Study, just like their grandfather.

Kumar is cagey about sharing his financials but he could easily be brought within the MSME (medium, small and micro enterprises) bracket. In fact, he represents the unfortunate cohort of Indian businesses which, while contributing 45 percent of Indian industrial output and 40 percent of exports, continue to receive just 22 percent of financing from formal banking sources.

Almost 90 percent of the MSME category falls under ‘micro’ enterprises with credit needs between Rs 50,000 and Rs 3 lakh. Ironically, they are not served by microfinance institutions—for whom their requirement is too big—nor by the banks, who would find the need too small.

About 30 million of India’s MSMEs, engaging an estimated 70 million people, thus fall in the blind spot of India’s financial inclusion drive. This is where Utkarsh Micro Finance, headquartered in Varanasi, comes into play. Not only has Utkarsh given the necessary financial push to several micro businesses, it has also achieved a scale unmatched in this sector, bigger than pilot schemes like Bandhan funded by the International Finance Corporation. At present, it disburses around Rs 6 crore in loans.

Since its introduction in March 2012, Utkarsh’s MEL scheme has expanded to four centres apart from Varanasi: Allahabad and Gorakhpur in Uttar Pradesh and Patna and Chhapra in Bihar. Today, it serves over 1,100 clients with over Rs 6.5 crore disbursed till date and an average ticket size of Rs 60,000. The icing on the cake is that Utkarsh has a zero delinquency record on MELs. “As I see it, this industry has a double bottom-line approach and is reaching out to the financially excluded is its central point,” says Govind Singh, former banker and CEO of Utkarsh Micro Finance, who is leading the innovation.

Anup Kumar Agarwal, senior investment officer at the International Finance Cororation (IFC is a member of the World Bank group and the largest global development institution focussed extensively on the private sector), said it has raised its investment in Utkarsh from $0.3 million in 2009 to $2.1 million till date. The clinching factor in the decision: The success of the MEL scheme.

Conceptualising the Breakthrough
Utkarsh CEO Govind Singh says he understands his clients because he himself traversed the path of hardships that they face. The first half of his childhood was spent in Uttarakhand—their village was some 40 km from the Jim Corbett National Park—where he had to travel 7 km to his school every day. Later, in Delhi, with his father working in a clothes shop, Singh taught junior students while he was studying to earn money for his family, which lived in a room not more than “18 ft by 6 ft by 6 ft”.

Singh started his career as a probationary officer in the State Bank of Patiala. Five years later, he joined Surya Fincap Ltd, an NBFC, with the mandate to set up their Mumbai office in 1988. This was followed by stints at Bank Internasional Indonesia, which had just one branch in the country, and UTI Bank (now Axis Bank). He joined ICICI in 2000, where he served in various departments.

“Nobody teaches you processes better than the State Bank and there is no better place to learn decision-making than ICICI,” he says. 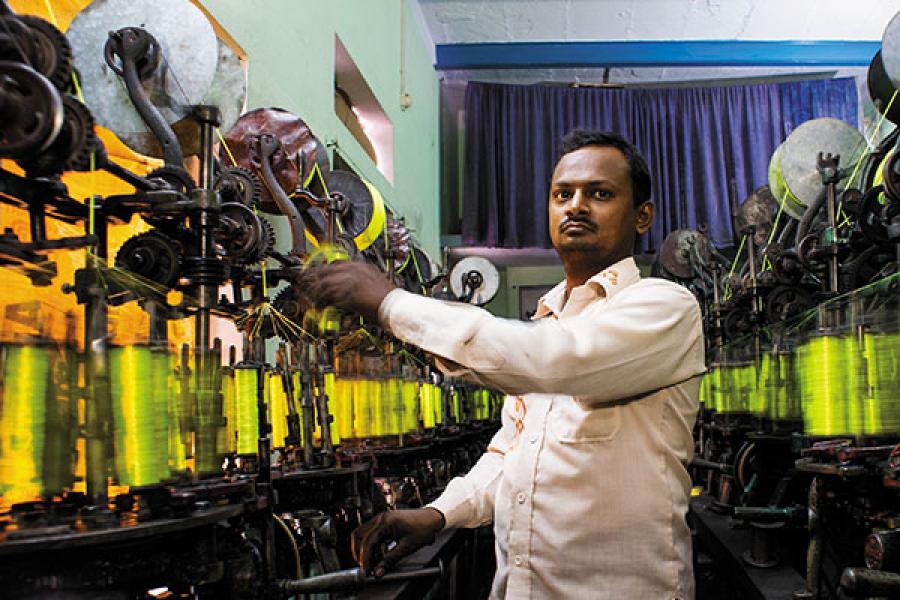 This experience proved to be a turning point in his life. “I always wanted to do something on my own and my experience taught me how to make it happen in the field of microfinance,” he says.

In 2009, he left ICICI Bank and moved to Varanasi to set up Utkarsh Micro Finance with seed capital from Aavishkar Goodwell, a microfinance development company. Utkarsh successfully launched its basic microfinance product but it was not until an internal survey in early 2011 that Singh thought of the MEL scheme. “The survey pointed to a class of existing entrepreneurs which was in need of money—between Rs 50,000 and Rs 3 lakh—but was not getting serviced by anyone,” says Singh.

The problem was that this typically involved people like Vineet Kumar who had a few machines to manufacture thread or a couple of powerlooms to weave sarees or a small kirana store—they were willing to expand and yet hesitant to approach banks for money. Reason: Banks often asked for numerous documents and details such as how the business was conducted. More often than not, micro entrepreneurs working in semi urban and rural locations do not keep an organised record of their business activities. Moreover, they do not want to waste time on processes stretched over months—it is easier, albeit costly, to ask the local moneylender or a relative for some working capital.

Singh spotted the opportunity and took his proposal to the IFC, which was one of the investors in Aavishkar Goodwell. Jointly, IFC and Utkarsh sought the services of an independent consultant—Microsave—to help them out with exact modalities of a new loan product. By March 2012, Utkarsh launched the MEL scheme by the name of Samriddhi, making it possible for existing micro enterprises to get a loan within three days.

How did Utkarsh make this happen? By recruiting and training young evaluators who were well versed with the geography as well as financial training. “In banks, the business is driven by ticket size. They do not have the manpower or the DNA to serve the right candidate for such loans,” says Singh. Moreover, the cost of hiring and retaining such field evaluators is very high for banks.

Way Forward
Singh says that in the coming months, Utkarsh will open MEL branches in four more cities: Aara and Gaya in Bihar, Lucknow in UP, and Delhi. There is little competition for Utkarsh’s scheme—at least in UP and Bihar which constitute around 40 percent of the poor or near-BPL population. That’s because both the states are unofficially blacklisted for any loans among banks, especially enterprise loans below Rs 10 lakh, due to the bad repayment history.

Singh believes the key challenge before him is finding the right people to evaluate candidates. At present, he chooses them carefully—mostly Class 12-pass students with some financial work experience—and then trains them. If he wishes to expand, Singh would need to multiply his workforce.

But one thing’s for sure: Nothing will halt Singh’s expansion plans. “Over the next three years, we should be able to serve at least 50,000 clients in the MEL scheme. We have disbursed around Rs 7 crore in loans, but once we reach Rs 50 crore in disbursals, the MEL scheme could be considered for spinning off as a separate company,” Singh says.

Tweets by @forbesindia
Infy Beats street, but Questions Remain for Future
Liver Surgeon Sanjeev Kanoria is Now a Banker Too