Is Progress Slowing Down?

Hail the Boeing 747 jumbo jet. It’s the chariot of US Presidents and Saudi princes. It’s the machine of liberation for the global middle class, a Mach 0.85 ticket to exotic places once seen only in magazines. Boeing has sold more than 1,500 of them. Still, one fact should trouble us about the 747: It’s very old. It was conceived in 1965 and Boeing’s jumbo went into service in 1970.

Is technological progress speeding up or slowing down? The Silicon Valley billionaire Peter Thiel has been asking this question in speeches and interviews. A recent New Yorker magazine profile begins this way: “Peter Thiel pulled an iPhone out of his jeans pocket and held it up. ‘I don’t consider this to be a technological breakthrough,’ he said. ‘Compare this with the Apollo space program.’ ” 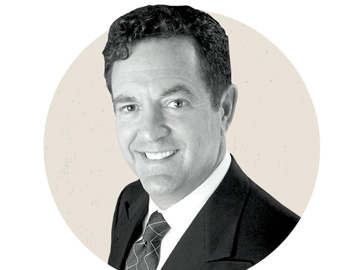 In contrast, a child born in 1970, a year after the first moon landing and the Boeing 747’s first flight, has seen the personal computer, biotechnology, cellphones, Web browsers, search engines and nanotechnology. Doesn’t quite stir the soul, does it?

I don’t mean to sound too disparaging. Technology has evolved impressively over the last 42 years.
Commercial air travel is cheaper and vastly safer, cars more reliable, hospital stays shorter. And the Thiel/Cowen scepticism doesn’t dismiss good revolutions in social behaviour: Racism and sexism are little tolerated; workplaces are smoke-free, flexible and mainly benevolent; and fewer people around the world are doomed to poverty and starvation. Still, we ask the questions: Are modern-day conveniences like the iPhone and Facebook real breakthroughs?

NECESSARY DEBATE
Pundits like to debate whether the US will enjoy in the 21st century the kinds of growth and progress it experienced in the 19th and 20th centuries. The answer surely goes to whether technology can deliver revolutionary, not evolutionary, breakthroughs. There are reasons to feel both positive and negative about this.

Negative
• Science is stagnant. The physical world described by Isaac Newton in the 17th century led to the Industrial Revolution of the 18th and 19th centuries. The insights into quantum behaviour in chemistry and physics, beginning in the late 19th century, set the table for microelectronics, lasers, radio and television, atomic energy, space travel and the Internet—technologies that would transform the 20th century. Human genomics, space-based solar energy and nanotechnology may well be the defining technologies of the 21st century, but their scientific platforms are relatively old.

• Capital markets are cold. Investors hate any project with a long payout. They dislike capital-intensive industries and loathe investments that must grapple with government regulations and federal bureaucracies. But if America is going to see advances in the physical world, it will have to confront, overcome or bypass the barriers that make investment difficult.

• Government is no friend. Our politicians choose to expand the entitlement state while starving science.

Positive
• Industrial evolution is accelerating. The best reason to feel positive is that evolution itself is speeding at a revolutionary velocity. Thus, human genomics and nanotechnology will soon eradicate disease and give all humans the possibility of 120 good years.

• Virtual is reality. Teleconferencing will soon become such a rich experi- ence that a cheap supersonic jet can wait a few more decades.

Peter Thiel’s and Tyler Cowen’s views are unpopular in tech circles. But both men have done us a huge favour. Asking whether America’s technological progress is speeding up or slowing down is the right question.