The sale took place on the same day as ESPN aired the finale of "The Last Dance," a 10-part documentary about Jordan's career 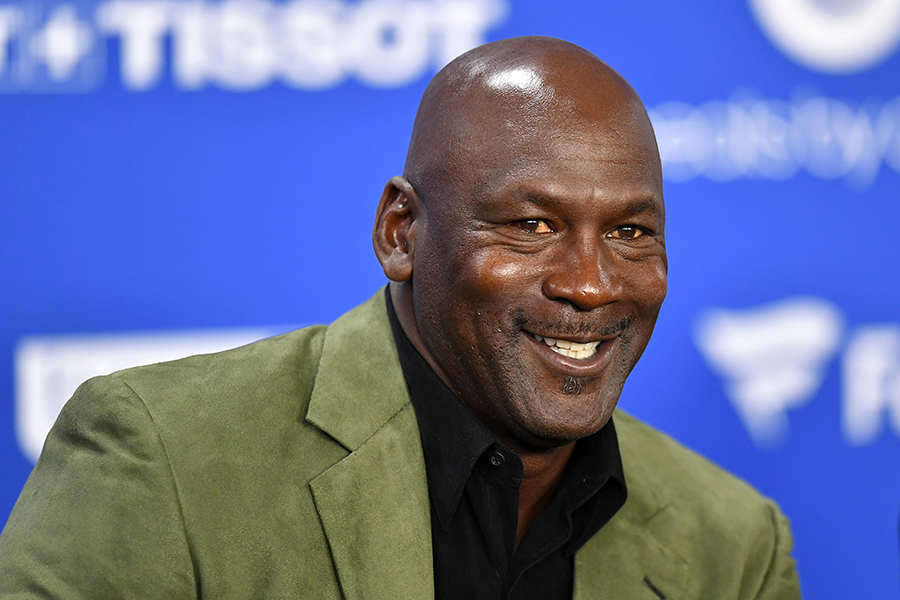 Being like Mike comes with a high price tag these days.

A pair of Michael Jordan’s game-worn, autographed sneakers from his rookie season sold at an online Sotheby’s auction for $560,000 on Sunday, breaking the previous record for a sneaker, according to the auction house. Sotheby’s is not naming the buyer.

The red, white and black Nike Air Jordan 1s are the same color scheme as the Chicago Bulls uniform and sport Jordan’s autograph in black ink on an upper red leather panel. The sneaker is part of a signature line that Nike created for Jordan to persuade him to sign a sneaker deal with the sportswear company, Sotheby’s said. 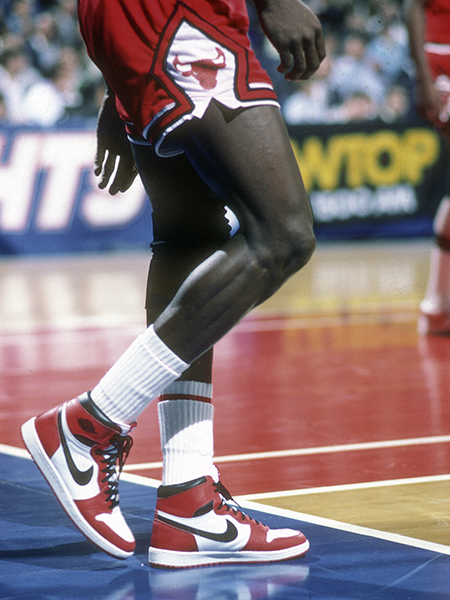 A detailed view of the Nike Air Jordan's 1's worn by Michael Jordan, #23 of the Chicago Bulls, against the Washington Bullets during an NBA basketball game circa 1985 at the Capital Centre in Landover, Maryland. Jordan played for the Bulls from 1984-93 and 1995 - 98. (Photo by Focus on Sport/Getty Images)

The variations that differentiate this pair of sneakers from ones sold to the public in 1985 include the red laces — the others came with only black and white laces — a leaner and longer Nike check, and the materials used to make the shoe.

The sale took place on the same day as ESPN aired the finale of “The Last Dance,” a 10-part documentary about Jordan’s career.

The shoes were sold by Jordan Geller, a sneaker collector and the founder of the Shoezeum, a sneaker museum.

“These are the most iconic and coveted sneakers of all time,” Geller said. “Owning this pair has been a real pleasure and with all the excitement surrounding Michael Jordan and ‘The Last Dance,’ my wife and I decided that it’s time to let the shoes find a new home.”

Geller created the record that the sale of the Air Jordan 1s broke. In 2019, he sold the Nike Moon Shoe, the prototype to the first waffle-soled shoe by Nike, at a Sotheby’s auction for $437,500.

This specific pair of Air Jordan 1s was the forerunner of the sneaker that was eventually sold to the public.

“I think that this sneaker holds a particular importance to sneaker heads,” said Brahm Wachter, Sotheby’s director of e-commerce development and the organizer of the sale. “The Air Jordan 1 helped bring about the hype and importance that sneakers have in the world.”

The sneakers were the inaugural pair in Jordan’s line with Nike. In 1985, the NBA informed Nike that Jordan’s shoes violated the league’s uniform policy and banned them from its games. Nike in turn created an ad campaign highlighting the ban.

In the ad, a young Jordan stares at the camera and bounces a basketball in place as the camera pans down to his feet. Censorship bars are superimposed over the sneakers and a voice says, “On Sept. 15, Nike created a revolutionary new basketball shoe. On Oct. 18, the NBA threw them out of the game. Fortunately, the NBA can’t stop you from wearing them.”

The sneaker went on to earn $126 million in its first year, Jordan says in the documentary.