Last week, the city installed 240 pedestrian signals that replaced male stick figures with female silhouettes along a stretch of road in the Dadar neighborhood 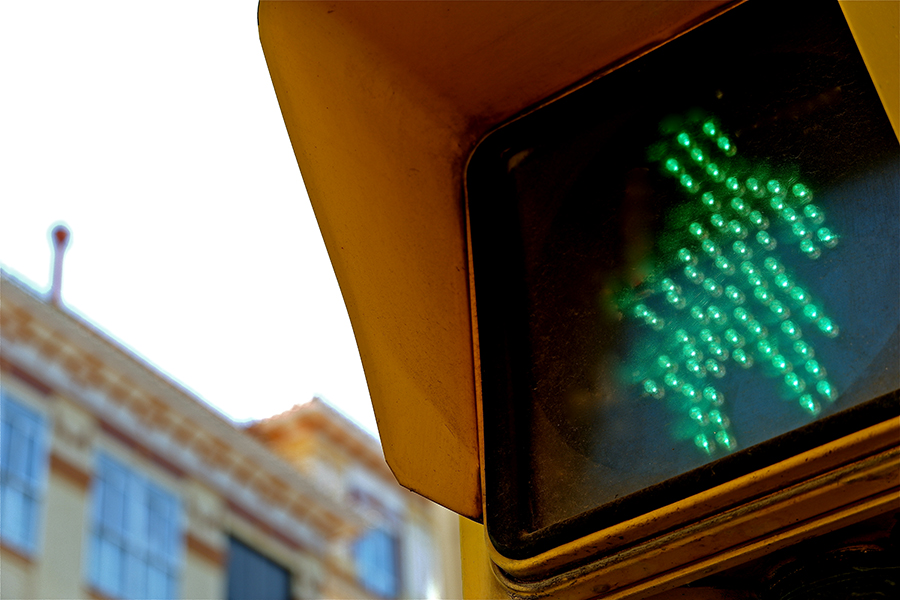 At one of the most prominent street crossings in Mumbai, the little people in the signal lights have swapped their straight-legged trousers for triangular frocks. The city, India’s largest, last week installed 240 pedestrian signals that replaced male stick figures with female silhouettes along a stretch of road in the Dadar neighborhood. Mumbai is the first city in the country to install such signals, and officials say the initiative represents a commitment to empower women. The government “is ensuring gender equality with a simple idea — the signals now have women, too,” wrote Aaditya Thackeray, the tourism and environment minister for Maharashtra state, of which Mumbai is the capital. But critics called the move a superficial token that would do little to fix entrenched issues of gender inequality in India. While women have occupied powerful positions in the country — Indira Gandhi became India’s first female prime minister — instances of high-profile violence against women in public have left many reluctant to leave home unaccompanied after dark. And domestic abuse and sexual assault are the most common crimes against women and girls, according to government statistics. Women in India also face obstacles in education and employment. For every 100 boys in the country, only 73 girls are enrolled in secondary schools, according to government statistics. And women work fewer paid hours than men, bearing the brunt of unpaid domestic labor. “It’s a gesture, but a tacky one,” said Pooja Sastry, a 32-year-old urban planner from Bangalore. “Those stick figures don’t make us feel any safer on the road.” “It means nothing for the average Indian woman, or a female construction worker crossing the road for her daily wage job,” she added. “The crime rate isn’t going to come down. Domestic violence isn’t going to come down.” A brutal gang rape on a Delhi bus in 2012 shook the country, setting off protests and discussions of women’s safety in cities. It also led to stricter punishment for crimes against women, including the death penalty for rape. But sexual assault, harassment and domestic violence have remained persistent. The country — which was found to be the most dangerous place for women when it comes to sexual violence and harassment, according to a 2018 Thomson Reuters Foundation poll of 550 global experts — reported 33,356 rapes and 89,097 assaults against women that year, according to government statistics. When Thackeray tried in January to introduce more night cafes and 24-hour gyms and movie theaters in Mumbai in an attempt to add vitality to city life, his political rivals from the Bharatiya Janata Party opposed the plan because they said it would make women more vulnerable to rape. “If culture of alcohol gets popular, it will lead to an increase in crime against women,” one party leader was quoted as saying at the time. India’s rollout of the new traffic icons followed similar decisions in other countries. Germany and Australia added dresses to pedestrian-crossing signs. Vienna swapped its solo figures for same-sex couples ahead of the Eurovision Song Contest in 2015 and kept them based on popular demand. In Geneva in February, officials not only replaced half the pedestrian-crossing signs with images of women — in a mix of pants and dresses — they also added silhouettes of a pregnant woman, an older woman, a woman with an Afro and two women holding hands. In Australia, when Melbourne added female figures to traffic lights in 2017, some residents contended it was regressive and heteronormative to assume the figure in pants was male while a figure in a dress was female, CNN reported. Other Indian cities have taken steps to try to increase safety for female travelers. Delhi, the capital, made public transportation free for women last year, a program that officials say has increased the number of female riders and added to their sense of security. “Safety is produced by more women in these spaces,” said Sneha Visakha, a legal researcher. Vijayshree Peddnekar, an urban planner and co-founder of the Urban Project, said on Twitter that she had suggested the idea to Kiran Dighavkar, an assistant commissioner. Dighavkar, who confirmed the idea came from the urban planning organization employed by his municipal office, told The Free Press Journal that the figures in dresses were intended to make people aware of their unconscious bias that assumes men as the default. “In subtle ways, the ‘man’ becomes the representation for everything around us,” he said. In response to criticism that the installation of traffic lights does not go far enough to improve the safety of women, Dighavkar said in an interview that it didn’t invalidate the intentions behind the signals.” “It’s a small gesture towards gender equality and woman empowerment,” he said. “It’s a sign of how this city thinks. It depicts the character of the city.” Shilpa Phadke, a sociologist and co-author of “Why Loiter? Women and Risk on Mumbai Streets,” said that such symbols, when adopted widely, could play a valuable role in reinforcing women’s right to exist in public spaces, especially late at night. “If you have a number of such lights across the city, it sends a subliminal message that women belong there,” she said. Sastry, the urban planner, said that, ultimately, well-lit paths and street lamps were more important than traffic icons wearing dresses. Visakha, the legal researcher, agreed that symbolism without larger change was not meaningful. She said she had laughed at the photos of the traffic lights because they indicated a lack of understanding of the real needs of women in cities.“We finally have a figure in a traffic signal so now women are equal to men,” she said of the stunt. “It’s so patronizing.”“If the cities continue to be hostile,” she added, “am I supposed to congratulate someone for pointing out that I belong to the city as well?”

Tweets by @forbesindia
Kerala air crash: A look at India's history with plane accidents
'Now you are going to die': Beirut bride recounts moment of blast