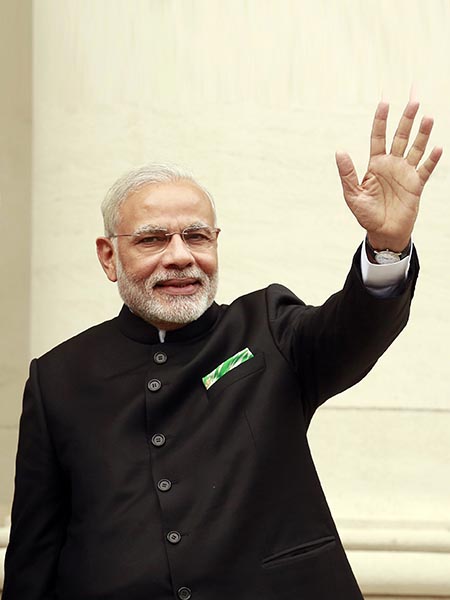 “Modi has raised his profile as a global leader in recent years during official visits with Barack Obama and Xi Jinping. He has also emerged as a key figure in the international effort to tackle climate change, as planetary warming will deeply affect millions of his country's rural and most vulnerable citizens,” Forbes said.

President-elect Donald Trump seizes the No. 2 slot, up from No. 72 in 2015 when he first appeared on the list. The jump from No. 72 to No. 2 is the biggest leap ever seen on the list, according to Forbes.

“Four factors were taken into account to select each of the World’s Most Powerful People: how many people they have power over; the financial resources they control; if they have influence in more than one sphere; and how actively they wield their power to change the world,” Forbes said.

There are nearly 7.4 billion people on the planet. Forbes’ list of The World’s Most Powerful People identifies one person out of every 100 million whose actions mean the most.

“Forbes’ list this year of The World's Most Powerful People reflects rapid and profound change happening around the globe. The biggest trend this year is likely the rise to power of Donald Trump, as well as the increasing power of his supporters and allies,” says Forbes Contributing Editor David Ewalt.

Click here to view The World's Most Powerful People