The Duke and Duchess of Sussex have founded a yet-to-be-named production company and signed a multiyear deal with Netflix, which will pay them to make documentaries, docu-series, feature films, scripted shows and children's programming 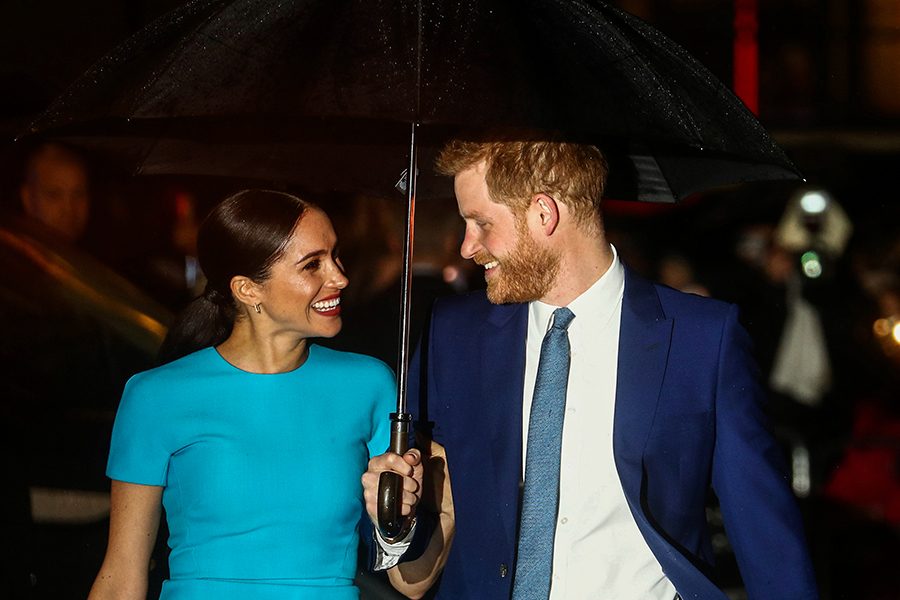 LOS ANGELES — Prince Harry and his wife, Meghan, having resettled in California, on Wednesday unveiled new Hollywood careers. The Duke and Duchess of Sussex have founded a yet-to-be-named production company and signed a multiyear deal with Netflix, which will pay them to make documentaries, docu-series, feature films, scripted shows and children’s programming — giving the couple a global platform six months after their dramatic decampment from the House of Windsor. Harry and Meghan may appear on camera in documentary programming. But she has no plans to return to acting, according to a representative. She last appeared in the cable drama “Suits” in 2018. “Our focus will be on creating content that informs but also gives hope,” the couple said in a statement. “As new parents, making inspirational family programming is also important to us.” They added that Netflix’s “unprecedented reach will help us share impactful content that unlocks action.” Their productions will be exclusive to Netflix, which has 193 million subscribers worldwide. It is unclear how much Harry and Meghan will be paid, given their lack of producing experience. A Netflix spokeswoman declined to comment. The streaming service, however, is known for backing up Brink’s trucks when it wants to be in business with high-profile people, particularly when other entertainment companies also want their services. In recent months, Harry and Meghan have quietly talked with Disney and Apple. Two executives involved in those discussions said representatives for the couple at one point were seeking a deal in the neighborhood of $100 million. Variety reported earlier this month that the couple had also met with NBCUniversal. Harry and Meghan have been living in the Los Angeles area since March, staying for a time at a Beverly Hills mansion owned by Tyler Perry and delivering food to the needy during the early part of the coronavirus pandemic. They soon filed an invasion of privacy lawsuit against tabloid photographers, saying that paparazzi had flown drones overhead in an extreme effort to capture images of their son, Archie, who turned 1 in May. Harry, 35, and Meghan, 39, have since bought a $14.7 million home in Montecito, an oceanside enclave located about an hour north of Malibu where Oprah Winfrey and Ellen DeGeneres also have estates. “We’re incredibly proud they have chosen Netflix as their creative home and are excited about telling stories with them that can help build resilience and increase understanding for audiences everywhere,” Ted Sarandos, Netflix’s co-chief executive and chief content officer, said in a statement. Netflix is under pressure to keep its pipelines flowing as it competes for viewers with Disney+, Amazon Prime Video, HBO Max, Hulu, Peacock and the traditional broadcast networks. Family programming is particularly important to Netflix, and Harry and Meghan already have an animated series in development which is focused on inspiring women. Last week, Netflix released “Rising Phoenix,” a documentary about the Paralympic Games; Harry, who founded the Invictus Games for wounded veterans, appears in the film. The production company being established by Harry and Meghan will operate independently from their charitable foundation, which is called Archewell. The couple shut down their previous philanthropic endeavor, SussexRoyal, in March after they agreed to stop using the term “royal” for commercial or charitable activities.

Tweets by @forbes_india
'People are buying what they need': Puma's Abhishek Ganguly
Violent August: Shootings double, and murder is up by 50% in NYC