The 'special relationship' between the countries is in worse shape than either side will admit, say experts, adding that the combination of disarray over Brexit, Nigel Farage and Huawei makes it particularly fraught

By Mark Landler and Maggie Haberman 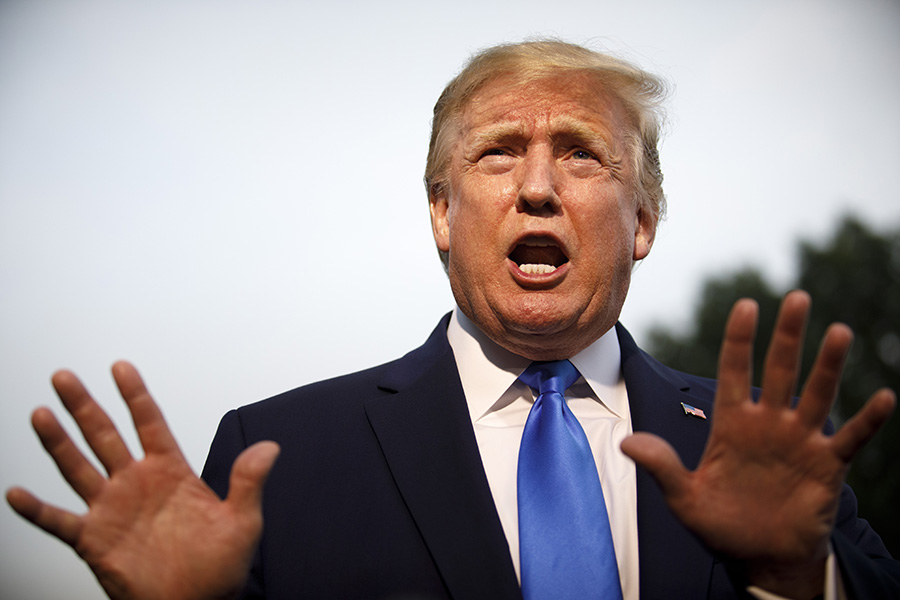 President Donald Trump speaks to reporters before boarding Marine One for a trip to England on the South Lawn of the White House in Washington, June 2, 2019. When the American president arrives in London on June 3, it’s not clear how much more he can shake up a country that is already roiled by the Brexit debacle. (Tom Brenner/The New York Times)

LONDON — President Donald Trump prides himself on being the great disrupter, but when he arrives in London on Monday for a state visit, it’s not clear how much more he can shake up a country that is already convulsed, divided and utterly exhausted by the long debate over its departure from the European Union.

Still, Trump’s penchant for uncensored opinions and unsolicited advice is likely to capture as many headlines, if history is any guide, as the visit’s stately rituals: a banquet with Queen Elizabeth II at Buckingham Palace and afternoon tea with the Prince of Wales at his official residence, Clarence House.

Trump got an early start, telling The Sunday Times in an interview published before his arrival that Britain’s next leader should “walk away” from Brexit negotiations with Brussels to extract a better deal, and should make Nigel Farage, the fiery populist who was one of the leaders of the Brexit movement, the country’s chief negotiator.

The president proposed Boris Johnson, the pro-Brexit former foreign secretary and onetime mayor of London, as a good candidate to succeed Prime Minister Theresa May, who will step down as leader of her party on Friday. Her meeting with Trump on Tuesday will be one of the last acts of her star-crossed residency at 10 Downing Street.

May worked for months to arrange this visit, the first stop of a five-day tour for Trump that will also commemorate the 75th anniversary of the D-Day invasion with solemn ceremonies in Britain and France. Trump will most likely also squeeze in a round of golf at his club in Doonbeg, Ireland.

British and U.S. officials said the White House had been deferential to 10 Downing Street in planning the trip, letting the British government set the program and avoiding demands, such as a presidential address to Parliament, which the hosts would have found difficult to grant.

“The ‘special relationship’ is in worse shape than either side will admit,” said Thomas Wright, an expert on Europe at the Washington-based Brookings Institution, a think tank. “The combination of Brexit, Farage and Huawei makes it particularly fraught,” he added, referring also to the Trump administration’s targeting of the Chinese telecommunications company. “This could be the tipping point where the problems become more public.”

Trump remains unpopular in Britain, not least with the newest member of the royal family, the Duchess of Sussex, formerly known as Meghan Markle. She told a television interviewer in 2016 that if Trump were elected president, she would consider staying in Canada, where her television series was filmed.

Asked about her comments in an Oval Office interview published Friday by The Sun tabloid, Trump said: “What can I say? I didn’t know that she was nasty.” But he also said she would make “a very good” American princess. 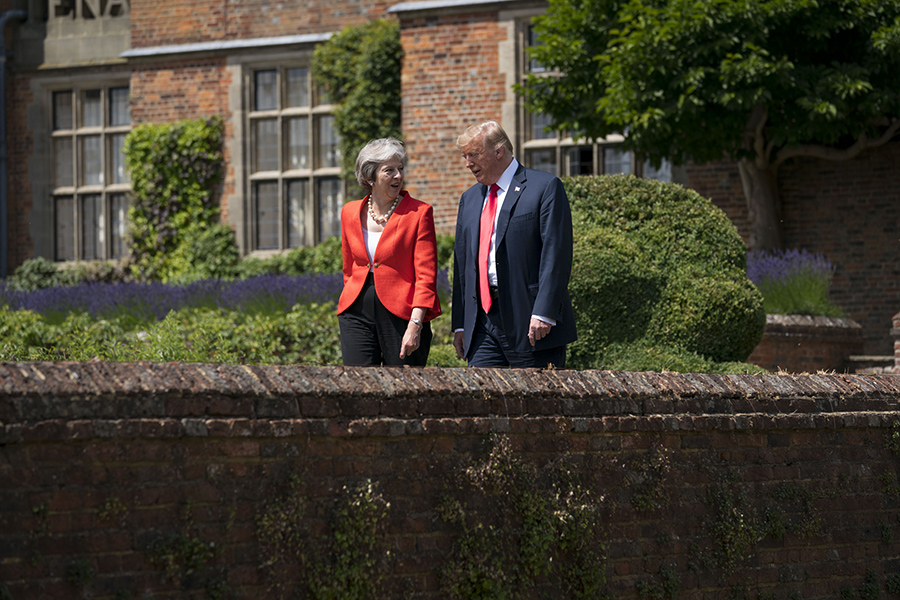 FILE -- President Donald Trump with Prime Minister Theresa May in Buckinghamshire, England, July 13, 2018. When the American president arrives in London on June 3, it’s not clear how much more he can shake up a country that is already roiled by the Brexit debacle. (Doug Mills/The New York Times)

The duchess, who is married to Prince Harry and who is recovering after the birth of their first child, is not expected to meet the president. But the rest of the royal family will be on hand — including Harry’s brother, Prince William, and his wife, Catherine, the Duchess of Cambridge. All four of Trump’s adult children are expected to accompany the president and the first lady, Melania Trump.

Despite May’s lame-duck status, administration officials said that she and Trump would have a full list of issues to discuss, including Brexit, a trade deal with the United States and the threats posed by China and Iran.

The problem is that several of those issues are potentially divisive. Britain opposed Trump’s decision to withdraw the United States from the Iran nuclear deal, while the United States has been pressuring Britain not to allow Huawei into its domestic market.

While Trump has promised to negotiate a trade deal with Britain if it makes a clean break from the EU, the House speaker, Nancy Pelosi, has warned that such a deal would be a nonstarter in Congress if Brexit undermines the Northern Ireland peace agreement.

Before his last visit to Britain, in July 2018, Trump warned that May’s proposed Brexit deal would kill off any hopes of a trade deal with the United States, startling U.S. and British officials and creating another political headache for the prime minister as her Cabinet was fracturing over the withdrawal plans.

Supporters of Brexit have held up a trade deal as one of the prizes of a complete break with Europe. It would be controversial, however: Some experts say it would force Britain to lower its food and agricultural standards to let in U.S. products, and hand over too much influence to U.S. companies in Britain’s health system.

The White House did not reveal a detailed policy agenda for the visit, and some officials have questioned the utility of having Trump meet May three days before she relinquishes power. That has put more focus on whether he would meet Farage or Johnson, something that is not on the formal schedule but that could happen during Trump’s ample downtime.

In his interview with The Sunday Times, Trump was unstinting in his praise for Farage. “He is a very smart person,” the president said. “They won’t bring him in. Think how well they would do if they did.”

For Trump, the triumph of Farage’s Brexit Party in recent elections for the European Parliament could be seen as an endorsement of the Briton’s brand of populism. But the political picture across Europe is murkier, with new parties on the left and right advancing, while the mainstream parties, including the Conservative and Labour parties in Britain, shrank.

For all the potential static in London, Trump’s meetings here might be the most congenial of his trip. On his layover in Ireland, the president will meet with Prime Minister Leo Varadkar, who has spoken out passionately against Brexit. And while in Normandy for the D-Day commemoration, Trump will meet with President Emmanuel Macron of France, with whom his once warm relationship has chilled.

“They still have a functioning relationship, even if the romance is gone,” Wright of the Brookings Institution said of the U.S. and French leaders. “If there is anything substantive on the agenda, it will be Macron trying to dissuade Trump from moving from China to Europe with tariffs.”

Tweets by @forbes_india
What should be on the new government's priority list?
Mohammed bin Zayed: The most powerful Arab leader