The move follows the US President's anger at Twitter over its decision this week to append fact-check labels to several of his tweets about mail-in voting, along with links to accurate information on the topic 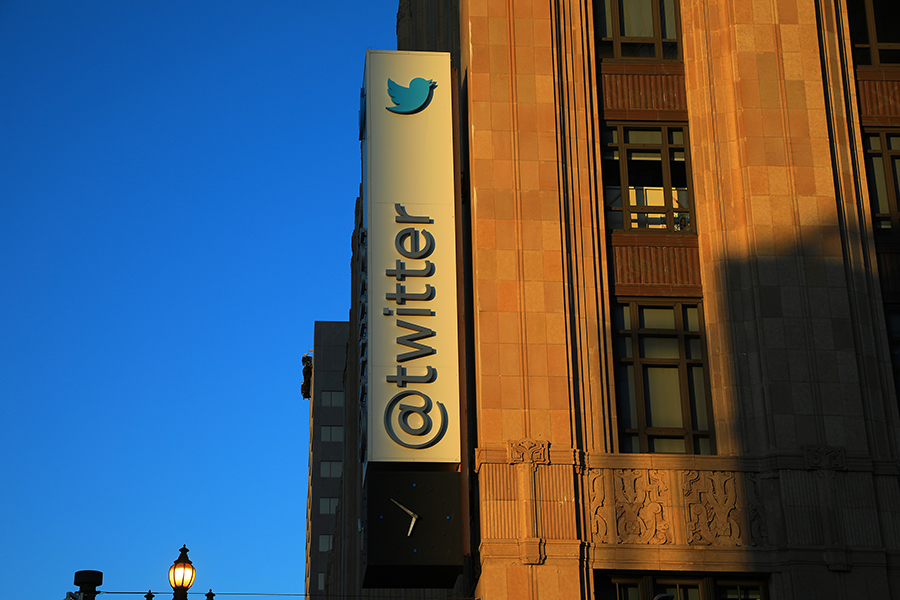 WASHINGTON — President Donald Trump signed an executive order Thursday targeting legal protections that keep people from suing social media websites. The move follows his anger at Twitter over its decision this week to append fact-check labels to several of his tweets about mail-in voting, along with links to accurate information on the topic.

Much of the president’s order consists of complaints about social media companies and their efforts to flag or remove content deemed inappropriate. Here is an explanation of the legal issues surrounding the components of the order that would — or might — do something.

What protects social media companies?
A 1996 law, Section 230 of the Communications Decency Act, essentially bars people from suing providers of an “interactive computer service” for libel if users post defamatory messages on their platforms.

It says intermediary website operators — a category ranging from social media giants like Twitter, Facebook and YouTube to blogs that let readers post comments — will not be treated as the publisher or the speaker for making others’ posts available.
A related provision also protects the sites from lawsuits accusing them of wrongfully taking down content. It gives them immunity for “good faith” decisions to remove or restrict posts they deem “obscene, lewd, lascivious, filthy, excessively violent, harassing or otherwise objectionable, whether or not such material is constitutionally protected.”

How does the executive order target this shield?
By putting forward a vision for an exception to websites’ legal immunity.

The order argues that if a site restricts access to others’ content in bad faith and goes beyond removing the types of objectionable content detailed in the law, it should be deemed a publisher rather than a neutral platform — thus losing its legal immunity from lawsuits.
If this vision were the law, it would mean that social media companies could be sued for defamatory content over what other people post on their platforms. For example, because Trump has used Twitter to falsely insinuate that MSNBC host Joe Scarborough murdered a congressional aide in 2001, Scarborough could in theory accuse Twitter of libel — if he could also make the case that Twitter met Trump’s criteria for being an editor.

Even under the executive order’s vision of the law, such lawsuits might fail: A court would first have to decide that the social media firm had sufficiently engaged in enough editorial conduct to lose its immunity. But the order could discourage such companies from taking an active role in curating the content on their platforms — and raise the risk and cost of doing business.

How does the order try to impose this understanding?
By setting in motion a request that the Federal Communications Commission issue a rule to “clarify” whether the immunity law implicitly contains the exception Trump wants.

Specifically, the order directs the Commerce Department to ask the FCC to develop regulations addressing whether social media firms lose Section 230 immunity if they restrict access to posted material in bad faith. That could include actions that are “deceptive, pretextual or inconsistent with a provider’s terms of service,” the order said.

The FCC is an independent agency outside Trump’s control. Its five-member panel has three Republican and two Democratic appointees.

Would such a rule make any legal difference?
Probably not, legal experts said.

First, although the FCC oversees parts of communications law where Congress envisioned its regulation, like rules for telephone companies, the order does not explain why the agency would have any role in authoritatively interpreting Section 230. Courts, not the FCC, handle lawsuits.

Moreover, courts have been skeptical of claims that the FCC has implied authority to regulate ancillary matters not expressly granted by Congress, even when they are more closely related to its core responsibilities than this would be, said Ellen P. Goodman, a Rutgers University law professor who specializes in digital communications and free speech issues.

“This is just noise,” she said, adding: “It’s not a hard question. It’s not a tossup. It’s obvious that the FCC doesn’t have jurisdiction.”
Finally, agency regulations cannot override a statute enacted by Congress. On its face, the law gives websites broad leeway to restrict or take down posts they consider bad, including a catchall category of posts they consider “otherwise objectionable.”

Still, the order could kick-start a policy debate, and Congress can change the statute. The order also directs Attorney General William Barr to develop draft legislation for Congress to consider that would promote the policy goal of curtailing the legal protections that Section 230 gives powerful technology companies.

What does Trump want to count as inappropriate editing?

The executive order does not spell this out in detail.

Given the order’s timing and context, the most obvious notion is that Trump is trying to stop Twitter from flagging his tweets as inaccurate. The order complains that he was singled out, and Trump told reporters that Twitter’s fact-check labels were “political activism.”

But it was not clear how the details of the change envisioned by the executive order clearly map onto that complaint. Twitter has not removed or restricted Trump’s messages.

But the administration has reportedly long toyed with the idea of targeting social media companies, and an earlier draft of the executive order, which did not contain some of the language about Twitter’s fact-checking labels, suggested a version had been drafted some time ago. Elements, including references to complaints that companies suppress content or users based on political views, suggested another target: so-called shadow banning.

Some conservatives have voiced a theory that Twitter suppresses their posts for political reasons by hiding them from other users, even though their writers can still see them — a purported practice that would more closely fit the notion of deceptively restricting access to posted content. The company has denied that it does so, but Trump endorsed the accusation in July 2018 and vowed to look into it.

What else would the executive order do?
It opened several reviews that could result in some kind of later action.

Trump required the head of each executive department and agency to produce a report on how much advertising money it spent on online platforms. The Justice Department is then to review whether such platforms impose “viewpoint-based speech restrictions” to assess whether any are “problematic” places for government speech — an implicit threat to ban taxpayer-funded marketing on them.

The president also put in motion two reviews that contemplate eventual action to prohibit social media platforms from restricting access to user posts in ways the technology companies do not disclose. He asked the Federal Trade Commission to examine that issue, and he told the Justice Department to convene a working group with state attorneys general on whether they could use state laws to address it.

Tweets by @forbes_india
What leaders can do to fight the Covid fog
Temperature checks, desk shields: CDC suggests big changes to offices