Electoral pressure, not conviction, is behind the UK PM’s promise of EU referendum 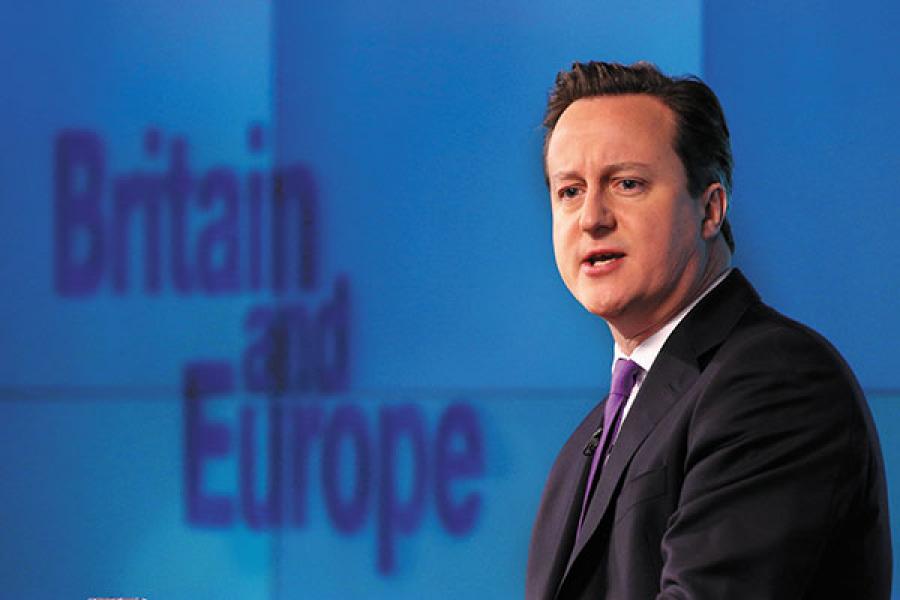 Most commentators chalked the speech up to electioneering—election cycles in the Western democracies usually include conservative party tirades against foreigners who persist in their foreignness. American candidates scold the Russians, the Germans scold the Greeks, the French scold the British, and the British scold Europe.

But Cameron’s speech went beyond that ritual. On the whole, the Tory leader sounded less like a populist politician than a long-suffering business partner—not quite happy with business as usual but not ready to liquidate either. Do you think you could try to get to the office a little earlier? Do we really need that receptionist? What’s this charge for?

“Clearly and quite passionately, he favours UK membership,” says Richard Whitman, a professor of politics and international relations at the University of Kent in Canterbury and an associate fellow at Chatham House, a London foreign affairs think tank.

But Cameron has to manage his party, he adds, and the members want a range of different things: Some would withdraw tomorrow and try to turn the UK into a sort of Singapore West. Others want an EU-lite—just trade please, hold the regs [regulations].

Britons are not alone in their annoyance. French dairy farmers, Spanish fishermen, and many others don’t have much use for Brussels either. However, English EU opponents tend to have more venom. Today, says Whitman, “it’s impossible to be selected as a member of Parliament for the Conservative Party if you have anything but Euro-sceptical views”.

Cameron’s promise of a referendum on membership in two-and-a-half years is acting on an old sentiment. The UK has always been a ‘reluctant European’, says Iain Begg, a research fellow at the London School of Economics and Political Science. “For the UK, the economic dimension of EU membership has nearly always been more prominent than the political goals that were paramount for the post-War leaders of France and Germany, who saw peace as the core objective,” adds Begg.

Linda Colley, a professor of British history at Princeton University, thinks the attitude goes back to Britain’s unique experience in World War II. Post-Nazi continental Europe “could feel enthusiastic about the European Union as a new start, something that was going to rescue them from deep despair and defeat and occupation”, Colley says. But Britain hadn’t been invaded and, in fact, the British felt they had sort of rescued the other countries.

As a result, “They didn’t have the same feeling of commitment and gratitude toward the EU project.” 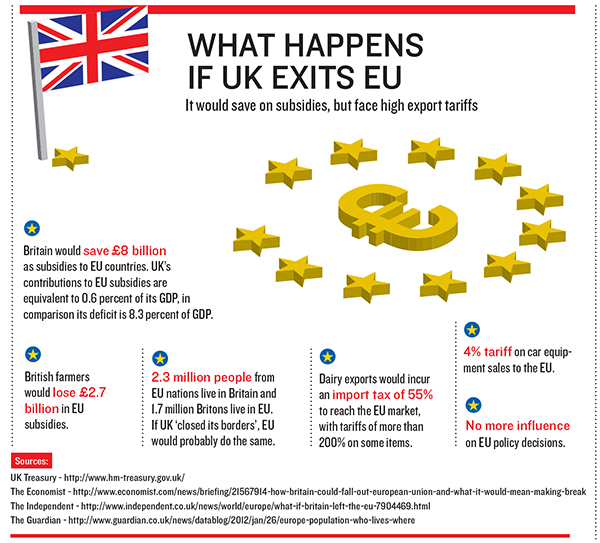 Britain’s experience since the War has also tended to enforce a greater sense of separation, in Colley’s view. At the beginning of the 20th century, the British royal family was related to most of Europe’s other royal families. Now, they are more or less unique. Also, Colley says, the British elite used to speak many more languages—Lord Palmerston, a 19th century prime minister, spoke five—and that familiarity tended to bring them closer to the Continent than they have been since the war.

Another legacy has endured, however, and that may be adding to its current discomforts: Britain’s sense of itself, which retains a whiff of the imperial.

“You can hear it in the political language,” Colley says. “Whether you oppose the European Union or support it, British politicians will say that we need to be ‘at the heart of Europe, that we need to lead Europe’,” Colley says. “In both cases, it’s a slightly over-inflated view still of the possibilities of what Britain can now do in the world. It’s a competent, second-ranking power and the future will only make it more difficult to remain that way. It’s hard for someone to adapt to that.”

Whitman says how the Cameron proposal plays out is uncertain, because referendums are always uncertain. However, he adds, whoever is running the government in two years will find it difficult not to honour Cameron’s pledge to hold a referendum.

If the UK did decide to quit the Union, Whitman is unsure what significance that would actually have. On such big issues as the single currency and the Shengen area visa agreements, Europe has already gone its own way, he notes. “It’s really difficult to see areas that the UK could opt out from that it hasn’t already opted out from,” he adds.

But two—make that 27—can play at the referendum game: Europe could decide to quit the UK before the UK decides to quit Europe. “One also shouldn’t rule out the possibility that Europe might leave,” Whitman says. “The European Union has been leaving the UK for quite some time.”

(Bennett Voyles is a freelance writer and journalist. He lives in Paris)

Tweets by @forbes_india
Hampus Jakobsson on Whether Smartphones Can Become Intelligent in Future
Are Gun-Related Deaths Linked to Income Disparity?