Why saving WeWork will be hard

As Softbank takes control of WeWork, it wants the coworking space company to slow its growth, focus on its core business — leasing office space, refurbishing it and renting it to "members" — and devote its energy to major markets like New York and San Francisco 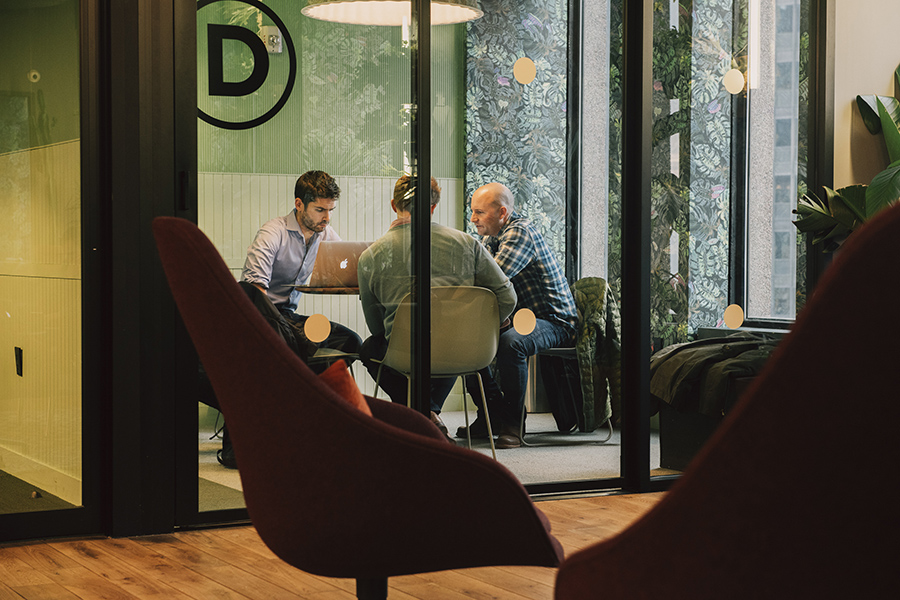 FILE -- People at a WeWork common space in downtown Manhattan, Jan. 22, 2018. While expanding at a breakneck pace, the co-working company has struggled to turn a profit on millions of square feet of office space. (Cole Wilson/The New York Times)

Even as WeWork was scrambling to secure a financial bailout last week, Sebastian Gunningham, one of its co-chief executives, made time to oversee the opening of Dock 72, an immaculate shiplike building on the Brooklyn waterfront that houses one of the company’s newest shared working spaces.

As Gunningham posed for a ribbon cutting with the building’s owners and a city councilman, WeWork’s expansive offices loomed over them — an embodiment of how the company overextended itself and now must try to make money after nearly burying itself in losses.

WeWork’s 220,000 square feet of space at Dock 72, about a third of the building, is far from full. The common area, offering spectacular views of Manhattan, was bustling on the day of the ribbon cutting. But it was sparsely used in the days before and after. Some firms are moving in, but most of the private offices that WeWork aims to rent out to businesses were vacant Thursday. WeWork said the space was over 30% occupied, roughly the industry standard for openings.

Including Dock 72, WeWork is expected to add about 10 million square feet of new office space to its bulging property portfolio in the United States and Britain this year alone. These locations, often built out at great cost, highlight the knife-edge economics confronting executives who are trying to save the company, which this week received a last-minute lifeline from SoftBank after being forced to scrap an initial public offering.

The frenetic growth under the company’s founder, Adam Neumann, may weigh it down for years and hamper the attempts to remake WeWork, which until recently was widely considered one of the world’s most valuable startups.

Those efforts will be overseen by Marcelo Claure, a top executive at SoftBank, which agreed on Tuesday to take control of WeWork and invest and lend the company billions of dollars. That is on top of the $9 billion that SoftBank has already put into WeWork, enabling the breakneck expansion under Neumann.

SoftBank now wants WeWork to slow its growth, focus on its core business — leasing office space, refurbishing it and renting it to “members” — and devote its energy to major markets like New York and San Francisco.

Documents for the company’s initial public offering showed that WeWork was racking up huge losses and burning through billions of dollars a year. 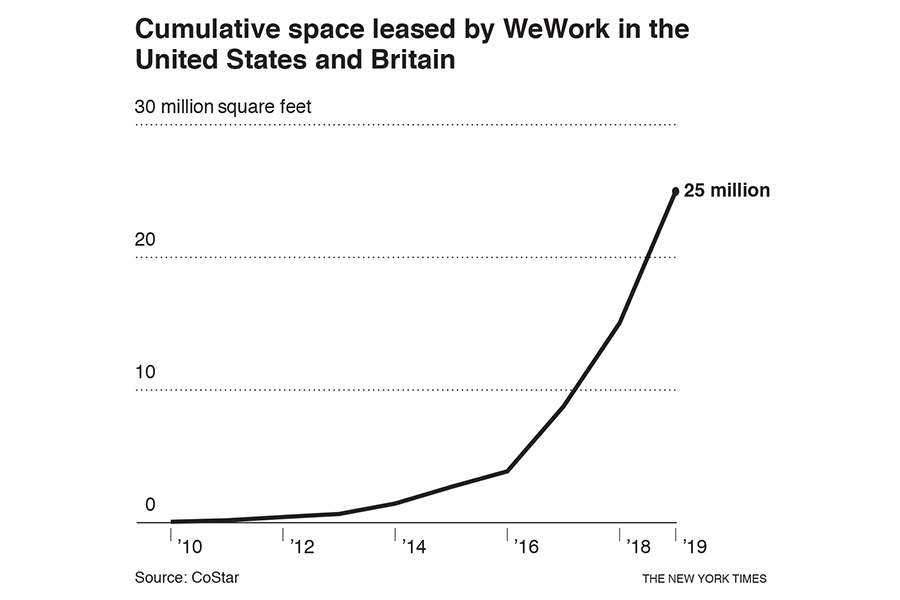 While expanding at a breakneck pace, WeWork has struggled to turn a profit on millions of square feet of office space.

Elsewhere, occupancy at WeWork’s prime spaces, including at several locations in Boston and San Francisco, appears to be robust. At the company’s 126th Street location in Harlem, the common area and private offices were practically full during a recent visit. A small sign on the bare wood bookshelves read, “Every day I’m hustlin.”

But it is not clear whether even WeWork’s busiest locations are solidly profitable.

In its securities filings, WeWork did not disclose the financial performance of its older locations, which would have had the chance to fill up and, in theory, prove themselves. International Workplace Group, one of WeWork’s biggest rivals and a publicly traded company, does provide such details.

Making money in the “shared space” business involves ruthless cost management, and a measured approach to growth, industry executives said. WeWork’s critics say it has had neither. While the company creates attractive spaces, these people said, it has spent too much doing so — and will struggle to achieve average industry profit margins.

Mark Dixon, chief executive of International Workplace Group, likens WeWork’s approach to running a hotel where room service is free. “You might have a full hotel, but you just cannot make any money,” he said.

With the departure of Neumann, whom SoftBank agreed to hire as a consultant for four years at a cost of $185 million, WeWork may no longer veer into projects that distracted staff and cost the company money. Under him, WeWork set up a private school in Manhattan, WeGrow, which was run by his wife and which the company plans to shut down. It also recently scrapped a plan to expand its residential offering, WeLive, into Seattle.

And new management may save money simply by not engaging in costly acquisitions. WeWork paid $43 million for Spacious, a small coworking company, this year, according to deal documents reviewed by The New York Times. Spacious’ expenses far exceeded its revenue, according to financial statements.

The company might also have to do away with another expensive business practice — offering deep discounts to lure tenants.

Three members at Dock 72 said they had gotten discounts when signing up. WeWork offered 15%-20% off the rent, one said. (The company’s published rate for use of “hot desks” at Dock 72 is $475 a month; private offices start at $930 a month.)

Kenford Peli, the chief executive of a small consulting firm, moved in as soon as Dock 72 opened, leaving another coworking company in Manhattan. Peli said he was looking forward to the chance to meet potential clients and partners. He said discounts WeWork offered were also attractive.

“It was so sweet that we immediately moved,” Peli said, declining to provide details.

Tweets by @forbes_india
Digital is revolutionising how companies engage with consumers: GCPL MD and CEO Vivek Gambhir
'I don't look back with regrets': Kevin Pietersen