Do you really know the difference between organisations & institutions?

There are four important dimensions which makes an industrial organization or company, an institution. Longevity, common practices characteristic of the people working in the organization, the size/ numbers of such people and the influence that the organization is able to wield on society at large 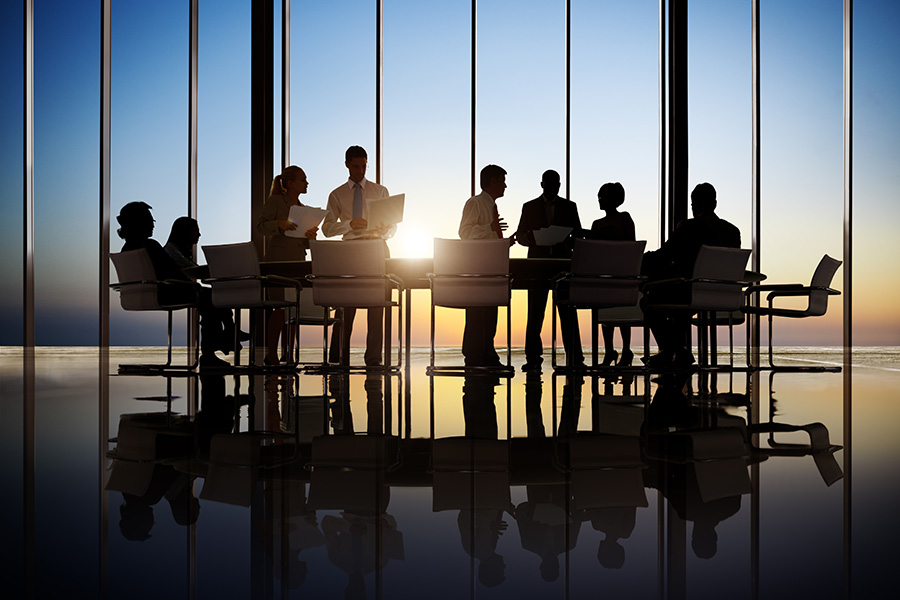 Image: Shutterstock
Wanting to understand and know about institutions is a well-intentioned pursuit. Democracy lays a lot of emphasis on institutions, as these are platforms where informed and enlightened debates are to be conducted. The outcomes of such debates influence the behavior, law and order mechanisms and the general public discourse.

Clearly, the term ‘institution’ is going to be difficult to pin down. Still, let us venture further. The Business Dictionary (https://en.oxforddictionaries.com/definition/institution) offers the following:
1. Establishment, foundation, or organization created to pursue a particular type of endeavor, such as banking by a financial institution.
2. Consistent and organized pattern of behavior or activities (established by law or custom) that is self-regulating in accordance with generally accepted norms. For example, political institutions are involved with (and regulate) competition for power; and economic institutions (such as markets) encourage and regulate production and distribution of goods and services.

The Merriam Websters dictionary (https://www.merriam-webster.com/dictionary/institution) gives the meaning as follows:
1: an act of instituting : ESTABLISHMENT
2a: a significant practice, relationship, or organization in a society or culture, the institution of marriage also : something or someone firmly associated with a place or thing, she has become an institution in the theater
b: an established organization or corporation (such as a bank or university) especially of a public character, financial institutions
c: a facility or establishment in which people (such as the sick or needy) live and receive care typically in a confined setting and often without individual consent… the testator disinherited her siblings over their efforts to have her committed to a mental institution in the wake of several suicide attempts.

Both the verb and noun are addressed. The nounal forms of both are nearly congruent. Only, the new terms appearing are ‘relationship’, ‘significant practice’. The Cambridge  Dictionary (https://dictionary.cambridge.org/dictionary/english/institution), gives a far more elaborate explanation of the various meanings of the word. It includes all that has been said above, and some more, such as, a custom or practice that has existed for a long time and is accepted as an important part of a society. However, all agree, that an institution includes ‘a large and important organisation’. That is important for us, as we proceed to identify companies or corporate organisations which have become institutions.

There are four important dimensions which makes an industrial organization or company, an institution. Longevity, common practices characteristic of the people working in the organization, the size/ numbers of such people and the influence that the organization is able to wield on society at large.

Longevity is important because it shows that the organisation has weathered many storms. Any industrial organization goes through ups and downs. It is well known that, in business, profit and loss are two sides of the same coin. According to the famous Russy Modi, former MD of Tata Steel, it is difficult to manage wealth than poverty. In poverty there is nothing to be shared and hence the claimants are few. When wealthy, there are many suitors who seek to get a hand on the till. As they say, success has many fathers, poverty is always an orphan. Steel gets hardened and tempered over several cycles of loading. Similarly, a company undergoes several transitions and transformations in a long time. In a short time, it is not possible to detect the resilience of a company. And resilience is only one part of the ‘ticket’ to the arena called ‘institution’. Resilience is the ability of a company to withstand forces from the market, stake holders and technology, to stay continuously relevant, and play a significant role in the lives of its customers and other stakeholders. Such continued, significant relevance, over long periods of time, distinguish the institutions from the others ‘who tried’. Over time, institutions become well entrenched, involve larger and larger numbers of stakeholders and people, develop a serious impact on the society at large ( we will develop these themes further, as we go along). For example, Henry Ford, when he invented the assembly line, in 1913,  made the automobile industry an institution in the US, over the next decade and more. Similarly, when Jamshedji Tata built one company after another in quick succession in diverse areas over many years, he institutionalised the House of Tata. Examples of companies which did not become institutions, although they could have, are many, such as, Enron, ITT, Standard Motors, Hindustan Motors, Essar, etc.

The second aspect of institutions is the commonality in the practices of the people constituting the institution. Ever since Kaplan and Norton began the Balanced Score Cards movement, in 1992, the Mission-Vision-Values framework has become the guiding principle of any organsation. These three dimensions of an organization, which some call the ‘DNA’, together, lead to common practices, which distinguish the organization’s behaviour. ‘This is the way we do things here’ or ‘this is the way things are done here’, is a standard rallying cry for employees working in organisations which have become institutions. For example, in GE, under Jack Welch, six sigma became a way of life. Under RN Tata, the Tata Business Excellence Model became the exemplar of work behaviour. Under Venu Srinivasan, TQM became the standard bearer of quality as a way of life in the TVS Motor group of companies. Values drive behavior, and, if the top bosses define, emphasise, live and promote ‘value based’ behaviour, the company’s people also follow. For example, in SPJIMR, we emphasise ‘value based growth’. Ford declares ‘Quality is Job 1’. In Tata Steel, it used to be ‘we also make steel’. Under Anand Mahindra, it is ‘Rise’. Designing, developing and observing, continuously, value based behaviour, leads to a distinct ‘flavour’ of an organization, endowing it with a uniqueness of character which, like ‘unity in diversity’, strengthens co-operation and collaboration between the various stakeholders of the company. Superior performance is the result. Such organisations are more adaptive, and are able to rediscover themselves from time to time, using the ‘value base’ as the anchor. Values provide a stable anchor, when needed, and, are the unseen but present rules of behaviour, which help employees make sense of a constantly changing world.

The third pillar of an institution is the numbers/ size of the people. There can be a group of five people, who can behave very cohesively, accomplish a lot. For example, there are many small and micro enterprises, who have been around for a long time, have served the people of a locality faithfully, and so on. Some such cases are the Madras Café, The Ram Ashray Hotel, the Amba Bhavan Hotel, all in the suburb of Matunga in Mumbai. They have been around for more than 60 years. However, the number of persons in each of these organisations, which may not exceed 50, does not qualify them to be called as ‘institutions’. They could qualify for the titles of ‘pillar of Matunga’, but no more. This is because of what we may term as the ‘scale effect’. One person can influence only a few, and a few can influence only a few more. To achieve large scale impact, there needs to be a larger body, in terms of size/numbers of the influencer. Size and numbers indicate the magnitude and multiplicity of the efforts required. More of each of these will lead to a broader canvas of deployment, deeper understanding of the underlying phenomena, deeper analysis and synthesis requirements to create cohesion, collaboration and co-operation and longer engagement to resolve many types of issues that arise and call for solutions/ resolution. Such continuous engagement leads to maturity, ‘tempering’ of the moral fibre, increasing the malleability and ductility of a company to bear the stresses and strains and overcome them.

The fourth pillar of an ‘institution’ is the ability to influence. Especially, large bodies of people. Clearly, the more number of people an organization is able to serve/engage, more is the impact. It is tempting to argue that the ‘depth’ of the impact, perhaps on a smaller base, could be equated to the same. However, such thinking is faulty, as it does not take into account the human aspects of creating impacts. A deeper impact may be good mathematically, but, on a people plane, it is not of much use, if a large population is not able to benefit from the positive effects of an initiative. For example, there are great submarines, nuclear powered submarines, and so on, which are the show pieces for deployment of advanced technology. However, the in-depth impact of technology on submarines, pales into insignificance, if one considers the impact of 4 G technology, used in telecom, to provide internet services to masses of people. There is an overriding ‘social’ dimension to an institution, which plays an overarching role. The atom bomb could stop the world war, which millions of bullets could not.

Thus, we have seen briefly, the four pillars, which can convert a company into an institution. However, the foundation on which such institutions are created are: ethical behavior, a social consciousness, a strong moral fibre and societal acceptance. These qualities are the very sinews, using which the body of the institution is nourished. No company can stay for long in the public domain if it does not practice behaviour which is ethically sound. No company can function for long without a social consciousness. This is one reason why gangs like those which bootleg, crime syndicates, Dawood Ibrahim and Robin Hood types cannot carry on for ages. A strong moral fibre, which leads to actions like sustainability, equitable behaviours, fairness in dealings, is a sine qua non of an institution. Companies which conform to these criteria can qualify to be called ‘institutions’. Clearly, very few would meet all the criteria, and, that too, fully. One has to plough through the labyrinthine thickets of corporate lore to pick out the gems.

Tweets by @forbesindia
Thoughts on leadership
The vegan zeitgeist