A Stanford professor offers a better way to make decision 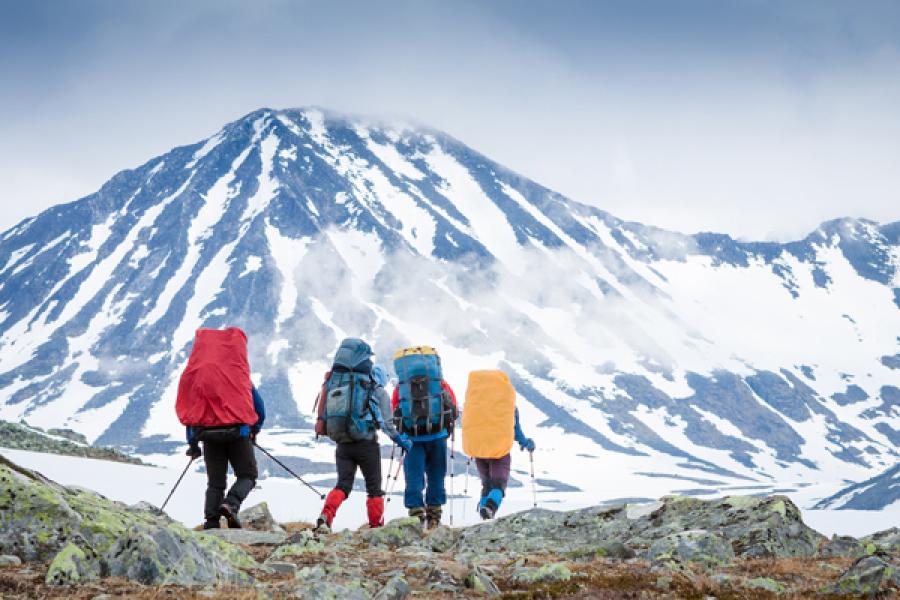 What do burglars, Stanford’s football team, and Federal Reserve chair Janet Yellen have in common? They all use simple rules to help them navigate complex challenges, according to a new book by Stanford professor Kathleen Eisenhardt .

Many burglars follow just one rule that significantly lowers their risk of getting caught — they pass on houses where there are cars in the driveway, says the book, which Eisenhardt co-authored with Donald Sull , a senior lecturer at the MIT Sloan School of Business. Cardinal football players follow three simple dietary rules: Eat breakfast; stay hydrated; and eat as much as you want of anything that can be picked, plucked, or killed. And Yellen adopted a “mind the gap” rule which uses targets for unemployment and inflation to inform the Fed’s interest rate decisions.

Simple Rules: How to Thrive in a Complex World is counterintuitive in a time when algorithms and terabytes of data are often cited as prerequisites of decision-making. “How can people manage the complexity of the modern world?” they write. “Our answer, grounded in research and real-world results, is that simple rules tame complexity better than complex solutions.”

The rules work best in situations where people and organizations need to make decisions and take action quickly. Think of doctors in an army field hospital who must decide how to manage a sudden flood of casualties or a new company’s leadership team that must identify and win revenue-generating customers before it burns through its capital.

To be effective, the book says, simple rules must meet four conditions: They must be limited in number, tailored to the person or organization using them, applied to well-defined activities, and open to giving people latitude to exercise discretion.

The authors identify two types of simple rules: Those that can help you make decisions and those that can help you do things. Decision rules set boundaries, prioritize alternatives, and establish stopping points. The disastrous ascent of Mount Everest that resulted in eight deaths in 1996, chronicled in Jon Krakauer’s best-selling book Into Thin Air, was precipitated by the violation of a single rule that had been set by Scott Fischer, an expedition leader: “If you aren’t on the top by 2:00, it’s time to turn around.” (Any later and the risks were exponentially greater because the exhausted climbers would have to make the descent to their camp in the dark.) After unexpected delays, Fischer and most of the party ignored the rule and kept climbing. Fischer himself didn’t summit until 3:45 p.m. Unfortunately, his body is still on the mountain.

Process rules help people execute tasks, coordinate group action, and establish the proper timing of tasks. The book says that many insomniacs, for example, get relief without resorting to drugs by following four simple timing rules discovered by researchers at the Sleep Medicine Institute at the University of Pittsburgh: Get up at the same time every morning; avoid going to bed until you feel sleepy; do not stay in bed if you are not sleeping; and reduce the time spent in bed.

The authors say the simple rules can be applied to work and personal challenges through a three-step process:

Define What You Want to Do
Before you can figure out how to do something, you first must define what you want to do. In football, weight training — bench press, back squat, and power clean — was the long-established strength-building strategy of choice. But Stanford Football Performance Coach Shannon Turley looked at the bench press and wondered how it helped an offensive lineman: “In football, if you are on your back, you’ve already lost.” Instead, he focused on what offensive linemen need to do on the field before he formulated a training program designed to help them do their jobs by “staying low and moving other giant men backwards.”

“Although defining objectives may seem obvious,” says Eisenhardt, “they are often — at first, anyway — too vague. Instead, objectives should be precise: The objective of a solar business, for example, might be to become the most profitable provider of rooftop solar systems to California homeowners.”

Choose a Bottleneck
Bottlenecks are “a specific activity or decision where simple rules can exert the greatest impact in helping you move the needles.” Weima Maschinenbau, a German manufacturing equipment maker, had the capacity to fill orders for about 1,000 of its process machines annually. But its sales department was getting 10,000 requests for proposals from customers. The bottleneck: How to quickly figure out which sales requests to pursue in order to maximize the company’s revenues and profits.

“Be sure to choose a substantial bottleneck — a genuinely clogging, recurring activity,” says Eisenhardt. “In business, Google identified such a bottleneck in the challenge of hiring top computer scientists. In online dating, it might be discovering the need to write an effective first message to win over a potential date.”

Craft the Rules
Defining the rules requires taking the time to think through your challenge and involving others — particularly in organizational settings where broad-based input, a shared understanding, and buy-in are critical to formulating and implementing successful rules. That’s why Weima managing director Martin Fritz convened a cross-functional team to come up with the four rules that his company eventually adopted to sort out its wealth of sales opportunities.

“The best rules aren’t just the first ideas that occur to you. Rules you can actually follow usually come from diverse sources,” explains Eisenhardt. “When a St. Louis lawyer struggling with depression crafted her rules, she consulted a few self-help books and a credible website, talked with her doctor, and tracked her own behavior.”

Kathleen Eisenhardt is the co-director of the Stanford Technology Ventures Program and the S.W. Ascherman Professor of Strategy at the Stanford School of Engineering. She holds a PhD from Stanford Graduate School of Business. Simple Rules: How to Thrive in a Complex World is published by Houghton Mifflin Harcourt.

Tweets by @forbesindia
Walmart CEO: Waiting for consensus "can kill you"
Disruptors sell what customers want and let competitors sell what they don't