Walmart CEO: Waiting for consensus "can kill you" 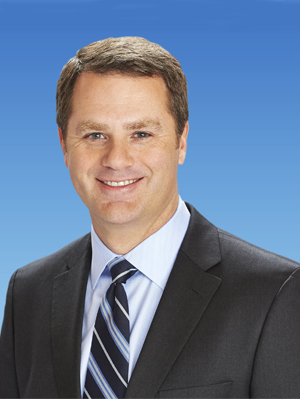 Everything Walmart does is big. It employs some 2.2 million people in 27 countries, has 11,453 stores, and rang up sales of $485.7 billion during the last fiscal year. Just a few years ago, it had approximately 120,000 items in each Supercenter, but now that the Bentonville, Arkansas, retailer is moving to online sales, its inventory and supply chain is growing larger still.

Managing the world’s biggest company (by revenue) is now in the hands of 48-year-old Doug McMillon, the youngest man (with the exception of founder Sam Walton) to run the global retailer. McMillon has spent his entire working life at Walmart, starting out unloading trucks while still a student. He moved quickly into management and spent five years running Walmart’s offshore operations before becoming CEO in 2014.

Managing a business that spans so many countries and cultures is unusually complex. Here are six lessons in managing a global business that McMillon shared during a View From The Top talk at Stanford Graduate School of Business in late February.

Do Not Underestimate Cultural Differences
Walmart moved into Germany in late 1997, but never captured more than about 2% of food sales. “I don't think you can overemphasize the importance of culture. And what we mean by that is behavior,” McMillon says. Walmart purchased two local companies and merged them, but it failed to listen to the advice of local managers, he says. “We tried to install our culture too fast into that organization. We tried to teach them the Walmart cheer and hand them our technology and say ‘let's go,’ like, all at once. And it just blew up," he says. By 2006, the effort was deemed a failure, and Walmart closed its German operations.

Adapt to the Rules of Foreign Governments
Government rules play an important role, and sometimes the best thing to do is to wait and see if the rules change, says McMillon. In India, for example, Walmart’s presence is confined to 20 cash-and-carry units that sell to small businesses because large, foreign-owned stores cannot sell directly to consumers. “We would like to have a much bigger business, but right now about all we can do is just grow those cash-and-carry units and then we'll see if the rules change,” he says.

Understand Local Tastes
Globalization has made brands like Pampers and Colgate ubiquitous, but taste is still local, says McMillon. “As a result, local buying teams are a necessity. We have local talent making decisions about how we go to market, where we set prices, what items we carry,” he says.

Transfer Your Expertise to Local Teams
Adapting to a foreign culture doesn’t mean throwing out lessons learned in the U.S. “There are things we've learned about retail, things related to technology or the supply chain or the business model itself, that need to be applied over time. So what we do is we hire great talent to run the markets, and then we give them tools and resources that over time result in more of a common culture and more of a common business model,” he says.
See For Yourself

A manager can’t be everywhere, of course, so he or she has to rely on a strong team. “But there is no replacement for really understanding the businesses, so I traveled for five years a lot and loved it,” says McMillon.

Walmart plans to increase its minimum wage for U.S. workers to $10/hr 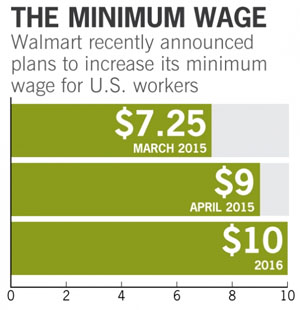 Consensus Doesn’t Work
Walmart insiders use the phrase “Who owns the D?” It means, “Who is the decision-maker?” says McMillon. A good manager may have 80% of a problem figured out, he says, and the other person in the room may know the other 20%, so “your job is to help communicate what you think about the 80 but also to listen so that you can find the other 20.”

Top executives need to gather the collective wisdom of their teams, but waiting for consensus “can kill you, because speed matters, too.” The challenge for Walmart, McMillon says, “is to get the right few people in the room to make the best decision and get on with it.”