How much is your private data worth - and who should own it?

In an ideal world, consumers would control the rights to their data but would also be able to sell it broadly 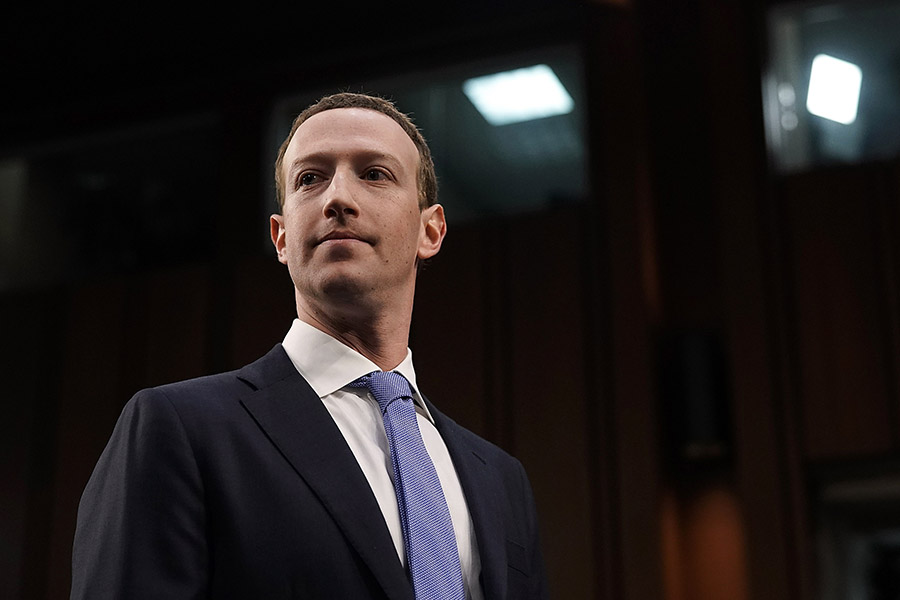 In September 2017, roughly half the people in the U.S. had their name, date of birth, and Social Security number stolen from Equifax. A few months later, the New York Times reported that the private company Cambridge Analytica had harvested information from more than 50 million Facebook users without their permission and provided it to the 2016 Trump campaign. Congress later dragged Mark Zuckerberg to Washington, D.C., for two long days of very public, often uncomfortable questioning.

These data breaches, among others, have vaulted concerns over consumer data protection to the front of legislative dockets. “Laws are being written right now with respect to data use and property rights in California, in Europe, all over the world,” says Christopher Tonetti, an associate professor of economics at Stanford Graduate School of Business. “They’re being written to protect consumer privacy, which I think is important, but that’s not the whole picture.”

In recent work, Tonetti and Charles I. Jones, also an economics professor at Stanford GSB, studied how data is valued, with an eye toward determining what an ideal market ought to look like — a question that economists, until this point, have given limited consideration.

“Who should own data?” they ask in their published working paper. “What restrictions should apply to the use of data?”

The Limitless Nature of Data
Data, like ideas, is peculiar in one very important dimension: Whereas most goods in any economy are scarce — if you buy a car or eat a sandwich, your neighbor can’t buy that same car or eat that same sandwich — data is limitless. “Data is just a string of ones and zeroes, and whether it’s used by one person, or 10 people, or a million people, it doesn’t get depleted,” says Jones. (In economic terms, data is nonrival, while most other goods are rival.) “At some level, that means there is inherent social value in sharing data.”

This gives rise to two competing interests. On one side is privacy. “People have a natural tendency to not want everything shared,” Jones says. The same is true of companies, which hoard data for competitive advantage; if a company made all of its consumer information public, then competitors could more easily undermine its business.

On the other side, though, are the interests of efficiency. “It’s also important to consider the use of data as a factor of production across multiple firms,” Tonetti says.

When it comes to self-driving cars, for instance, bigger datasets are better for training machine-learning algorithms. Because data is nonrival, Uber and Tesla and every other car company could theoretically share consumers’ driving data and each sell a better product. But they don’t. The same is true for medical research companies and their health records, or natural language companies and their speech and text archives — sharing would improve efficiency, but sharing like this is rare.

The Ideal Market
How do you balance concerns over privacy, competition, and efficiency when considering a market for data? To answer this question, Jones and Tonetti started by modeling an optimal economy managed by a benevolent dictator who respects all of the variables in play. This scenario was used as a benchmark of what it looks like to maximize welfare.

Against this ideal, they then tested three scenarios conceivable in today’s world: Companies own data, people own data, or the sharing of data is essentially outlawed.

In the first case, which most closely resembles today’s market, companies neither respected consumer privacy as much as consumers wanted nor shared effectively with other companies.

But when, instead, individuals owned their data, Jones and Tonetti found outcomes that were close to optimal. “Consumers care about privacy, but they care about consumption, too,” says Jones. With this split incentive, consumers preserved the data they wanted private but sold other data to many different firms, capitalizing on the value inherent in sharing nonrival data widely.

The third case, in which sharing data was banned, unearthed an important insight directly relevant to the real world: Failing to share data ultimately stifled economic growth. Legislation around how to regulate data therefore concerns not only issues of privacy but also the long-term health of the economy.

One of the next big questions for Jones and Tonetti is how to actually design a marketplace through which individual consumers are able to preserve and sell their data. Though nothing like this yet exists, “people are thinking about it and working on it,” says Jones. “There are ways to use blockchain with other novel technologies so that consumers own their data and the scenario we laid out could be a reality.”

In the meantime, the companies that control most of this imperishable private data continue to send mixed messages about whether they or consumers should own it — and thus profit from it.

For instance, during Zuckerberg’s testimony before the Senate Judiciary Committee, he was asked whether he would be comfortable going public with the name of the hotel where he was staying or the people he’d messaged that week. “No,” he said. “I think everyone should have control over how their information is used.” Jones and Tonetti say their research shows why Zuckerberg was right in more ways than one: Personal control of information is paramount not just to bolster personal privacy, but, importantly, to make the best use of “nonrival” data to increase productivity and overall economic well-being.