Kochi: A coast of opportunity

Kochi has been a city of many firsts for startups, and a proactive Kerala government is building on the momentum 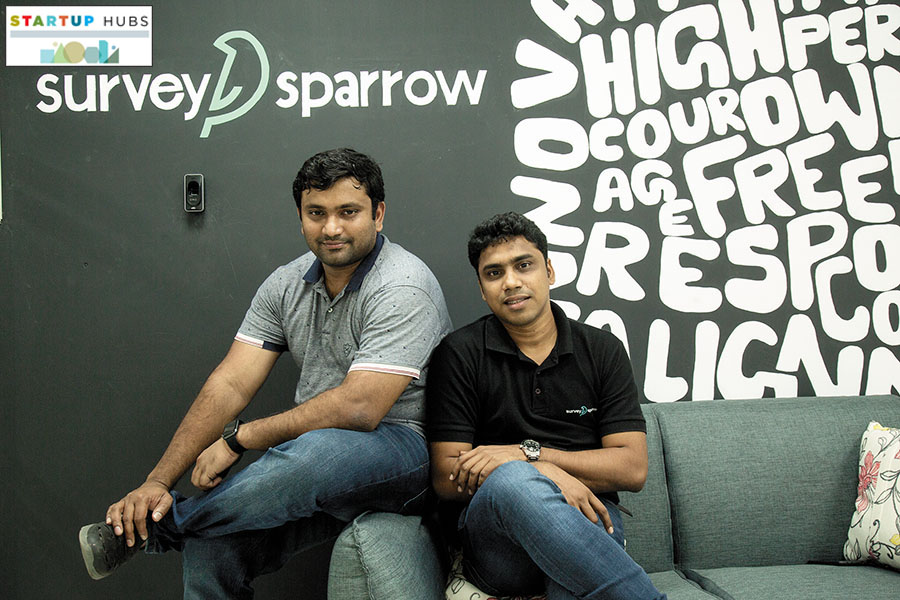 It was familiarity that drew Rajith Nair back to Kochi. When the IT professional relocated to his hometown in Kerala from Bengaluru in 2007, he was also relieved that his four-hour commute was reduced to less than 30 minutes. Seven years later, when he decided to turn entrepreneur along with Prashanth Thankappan, his colleague at Wipro Technologies, Nair was pleasantly surprised to note that Kochi not only provided him the comfort of home, but also the support system to start up with immense ease.

As part of the Kerala Serial Entrepreneur Development Scheme and other state-led initiatives, Inntot received an interest-free loan of ₹20 lakh from the Kerala Financial Corporation (KFC). The startup was provided working space in the state-established Infopark at a highly subsidised rate. Nair and Thankappan received full reimbursements for the two patents they filed, and the government also provided them financial support to participate in international trade events. “We benefitted immensely from the Kerala government’s attempts to transform the state’s startup ecosystem,” says Nair, who has a master’s degree in computer science and engineering from IIT Madras and quit his 15-year-long corporate career to turn first-time entrepreneur. 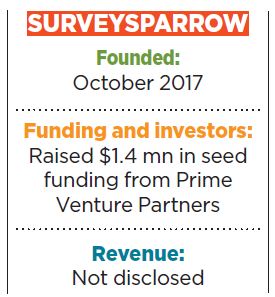 In January this year, KSUM also set up the country’s largest startup incubator inside a 1.8 lakh sq ft complex at the Technology Innovation Zone in Kochi. It has facilities like Bionest that promotes medical technologies, Maker Village that promotes hardware startups, and BRIC, the country’s first cancer technology incubator for developing solutions for cancer diagnosis. Charles Varghese is another entrepreneur, who, like Nair, quit his job and moved cities to launch a startup. His NAVA Design and Innovation, set up in August 2016 and incubated at Maker Village, uses automation to extract ‘neera’ or coconut sap from the inflorescence of coconut trees. “India is the third-largest country in the world for coconut production [after Indonesia and Philippines],” Varghese explains. With Kerala accounting for over 45 percent of the total coconuts produced in the country, there was no better place than Kochi for NAVA to set up.

The startup was set up with a ₹6.8 lakh grant from the Kerala Startup Mission and ₹15 lakh grant from Bharat Petroleum Corporation Limited (BPCL). Recognised by the Department of Industrial Policy and Promotion (DIPP), it has registered patents in 12 major coconut-growing countries, including Indonesia, Vietnam, Thailand and Malaysia.

The Kerala government is also known to promote student entrepreneurship and there are many enterprises started by students right out of college, some of which have gained national presence, says Gopinath of KSUM. “That said, over 60 percent of startups in Kochi are founded by professionals with strong technical expertise and experience.”

Tech startups SurveySparrow and Agrima Infotech are two such ventures. The former, a cloud-based customer engagement platform, was founded by Freshworks’ Shihab Muhammed and former Zoho employee Subin Sebastian, in October 2017. “With its Conversational User Interface (CUI), SurveySparrow lets users [companies] create and share mobile-first surveys that are more conversational. It identifies a proper delivery channel. For instance, instead of email, which has a low open rate, we use SMS or WhatsApp. The platform also helps organisations manage customer experience surveys, employee pulse surveys and market feedback surveys,” says Sebastian.

In April 2019, SurveySparrow raised $1.4 million in seed funding from Prime Venture Partners. It has conducted over 20,000 surveys with more than 10,000 customers in 108 countries. Some of its clients include corporates like Siemens, FedEx, SAP and Deloitte. On the other hand, Agrima Infotech—a startup incubated at the Kerala Startup Mission and Nasscom in Kochi—is better known for one of its products, an artificial intelligence (AI)-driven recipe app called RecipeBook. The recipe-discovery platform helps people with recipes of dishes depending on the ingredients available. 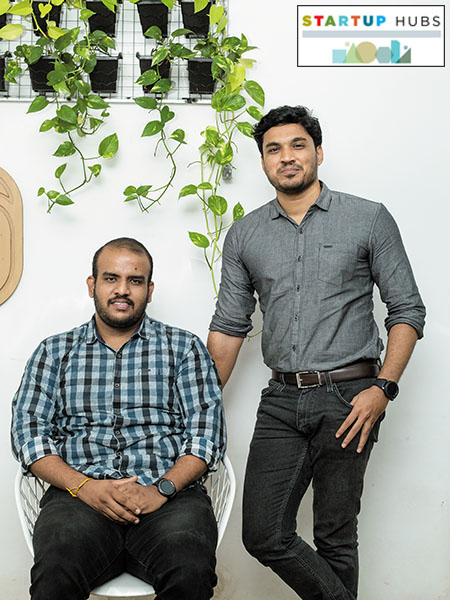 “We stumbled on the idea while working on AI platform as a service, where we thought of developing natural language processing (NLP) and computer vision APIs for developers,” says Arun Ravi, who co-founded Agrima Infotech in 2014 with Anoop Balakrishnan and Nikhil Dharman. The three were bachelors who found it difficult to cook dishes based on the limited ingredients they had at home.

The app has had over eight million downloads and was one of the first from India to be featured in Google Editor’s Choice [which lists best apps across various categories]. The company has received $6,50,000 (approx. ₹4.5 crore) in funding from angel investors and has generated a total revenue of ₹3.5 crore so far. 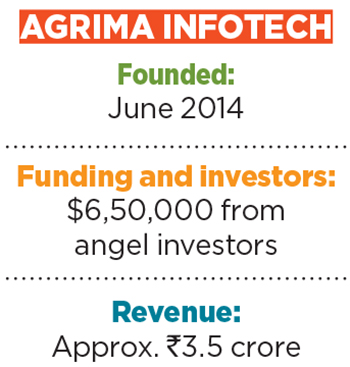 Startups based out of Kochi face challenges like getting skilled human resources and funding. Though Kochi has several large MNCs in the IT sector like TCS and Cognizant, it does not enjoy the advantage of having leading global companies like Microsoft, Amazon and Google, which substantially invest in startup ecosystem development. Moreover, the presence of VCs is also limited. “To address the issue of VCs, KSUM operates a fund to attract leading angel groups in the country to focus on Kerala,” says Dr Gopinath. KSUM invests 25 percent in the fund on the condition that investors would invest double that amount in the startups.

One such VC fund that invests and mentors startups in Kochi is Mumbai-based Unicorn India Venture. Founder Anil Joshi says he has already invested over ₹20 crore in five startups (GenRobotic Innovations, SectorQube Inc, Perfectfit Fashion, Clootrack and Inntot Technologies). “Kochi is one of the fastest upcoming startup cities in India. The cost of setting up is high in Mumbai, Bengaluru or Delhi, whereas it is quite moderate in Kochi. The ecosystem, over a period of time, has been getting a boost and the government is supporting in all possible ways,” he says.

Prasad B Nair, CEO of Maker Village, agrees. He says Kochi has the potential to become the “next happening place” for startups, especially hardware innovation, given the advantages of low rental costs, low employee cost, and “the huge number of tech-experienced non-resident Keralites who want to re-settle in their homeland”.

EyeROV Technologies, a deep tech robotics company, is one of them. IIT alumni Johns T Mathai and Kannappa Palaniappan founded the company in 2016. The company is focussed on building underwater drones/ROVs (Remotely Operated Vehicle) for inspection of critical infrastructure like dams, bridges and underwater pipelines. “EyeROV is a light rover that can be easily controlled using a laptop and joystick. A camera fitted onto the underwater drone provides a live video feed of the underwater environment,” says Mathai.

The startup has received seed funding from GAIL and grants from BPCL and KSUM. The founders decided to set up their company in Kochi due to the immense support offered by the government. “The government of Kerala has a special policy for procurement from startups that no other state has. Products/services worth up to ₹20 lakh can be procured from innovative startups directly without tender. Also, Kerala Startup Mission has been giving a lot of visibility to startups,” says Mathai.

Gopinath of KSUM believes the socio-economic environment of the state, combined with high living standards and limited availability of land resources make Kerala unsuitable for industries that depend on traditional factors of production like land, labour and fixed assets. “However, innovative companies with a low geographical footprint (whose land requirement is low) find Kerala an ideal place for their fast growth.”

Tweets by @forbesindia
RIP, Volkswagen Beetle: The iconic car rolls out of production
The future of customer engagement