The future is man with machine

The industrial value creation of tomorrow is to be found in the fusion, in the interplay, between humans and robots 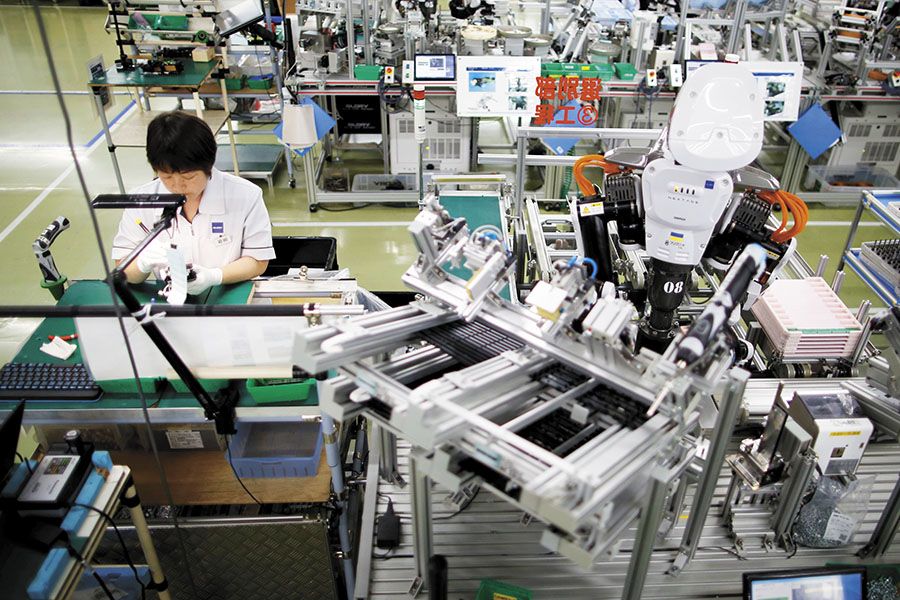 A robot works alongside an employee at a factory of Glory Ltd, makers of automatic change dispensers, in Kazo, Japan
Image: Issei Kato / Reuters 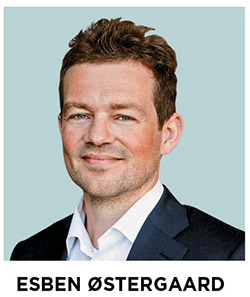 The story of people working with robots is a story of humanity’s conflict-ridden quest for a better world. In this context, the word ‘robot’ has both a dark and a lighter side, fear of the unknown and its enormous potential. It is easy to be intimidated by the rapid development in robotics. The robots are regularly cast as the villains—as technology run amok depicted in science fiction with robots seeking world domination. The robot is not a conscious being.  It is not possible to even create one. Robots are what we build them to be, and robots do what we program them to do—neither more nor less.

When asked how they envision a robot, most people either think of huge, unwieldy robots working in fenced-off areas in large factories. Or, they think of futuristic cyberbots mimicking human behaviour. But somewhere in between these two scenarios lies a new emerging reality: A new class of robots, dubbed collaborative robots or simply cobots, poised to bridge the gap between fully-manual assembly and fully-automated manufacturing lines.

Most of us know the old black-and-white pictures from production halls full of machines that are surrounded by industrial workers. We know the film clips of factory workers standing at the assembly line, where they work as if they are teeth on a cogwheel. We sense how the machines direct all human activity, carried out with robot-like precision and monotony.

Since the start of industrialisation, humans have functioned as if they were machine parts in the production facilities, carrying out trivial, debilitating, boring work. Like human robots. Industrialisation’s DNA has been efficiency, consistency, reliability and precision—as the machine and the production facilities that people were compared with. An assessment of humans versus machines: Who was best, quickest, most precise and persistent?

The demands of the industrial society for efficient and uniform production do, of course, still apply to a certain extent if the company is to be competitive. But this is not enough. Customer demand is moving toward customised products and solutions—and what they want changes frequently. In the industry today, we maintain a fenced-off barrier between human work and machine work. But the industrial value creation of tomorrow is to be found in the fusion, in the interplay, between humans and robots.

Society has long since moved on from industrialisation to being digitalised and knowledge-based. Far too many Indian manufacturers still allow themselves to remain in the industrial thinking of the past regarding efficient production of large quantities of uniform products. This limits them to the opportunities of the past and prevents them from benefiting from the potential of the future. Some of the major problems faced by the Indian assembly line market are that their adoption and acceptance rate is very low compared to other developed countries. It still uses time-consuming and labourious processes relying on labour arbitrage. Industrial robots have been around since 1961 and are heavy, expensive, and requires a safety cage to avoid any contact, especially, while working around humans.

This is the right time for the segment to make smart investments and move to more advanced technologies and implement the latest tools like cobots on the shop floor for better productivity, especially where batch sizes are small, mass customisation is the name of the game and in the assembly area where traditional robots’ use is limited. This is one way for India to move up the value chain from labour arbitrage to value arbitrage.

Collaborative robots are a combination of light, easily programmable, flexible, economical, safe robots that are extremely strong. These robots correspond exactly to the needs of companies in industries like manufacturing, packaging and automobile assembly. They act as a multi-functional tool i.e. a screwdriver, packaging device, palletiser, gluing application or just a ‘helping hand’ which will empower the employees further.

Will robots make us all unemployed? No, because we do not have, nor will we ever have, machines and technology that can take over all jobs. However, if you hold a monotonous and repetitive job you will have to come to terms with the fact that your task or workplace might change as robots become more flexible and intuitive to work with. In all fairness, it is not about replacing people, but about empowering people to do what they are good at doing, which is not doing the same thing over and over again. Since people started using technology, even something like the wheel, this sort of replaced jobs, or at least tasks. But when the wheel was invented, it created more value and allowed people to move to jobs that create more value. That is how our robots empower people.

Employees are relieved of their monotonous and burdensome tasks with the flexible tool at their hands that can support them in innumerable tasks. Universal Robots (UR) robots were the first on the market that enabled small and medium companies to automate with over 11,000 deployed to date. UR robots give companies of any size the flexibility for production processes of every type that is so indispensable today. The biggest threat to jobs today is companies’ inability to remain competitive and automation offers companies competitive advantages through higher and more consistent product quality, greater output and lower overall costs.

The future of automation has human-robot collaboration as one of its cornerstones. This ensures that the workers are not wasting away their creativity and talent by performing time-consuming, monotonous or potentially unsafe activities that are ought to be done. Automotive industries which include activities that are repetitive and minute are streamlined and automated with the UR cobot intervention. There the Indian market needs cobots as a step forward into advancement without replacing workers in factories but working alongside them.

That’s how we see the future of automation at Universal Robots; it’s not about “man versus machine”, but “man with machine”

(The writer is co-founder and CTO of Universal Robots)