More and more professionals are ditching the traditional MBA and turning to platforms like GreyCampus, one of the fastest-growing providers of online certification courses, to stay relevant 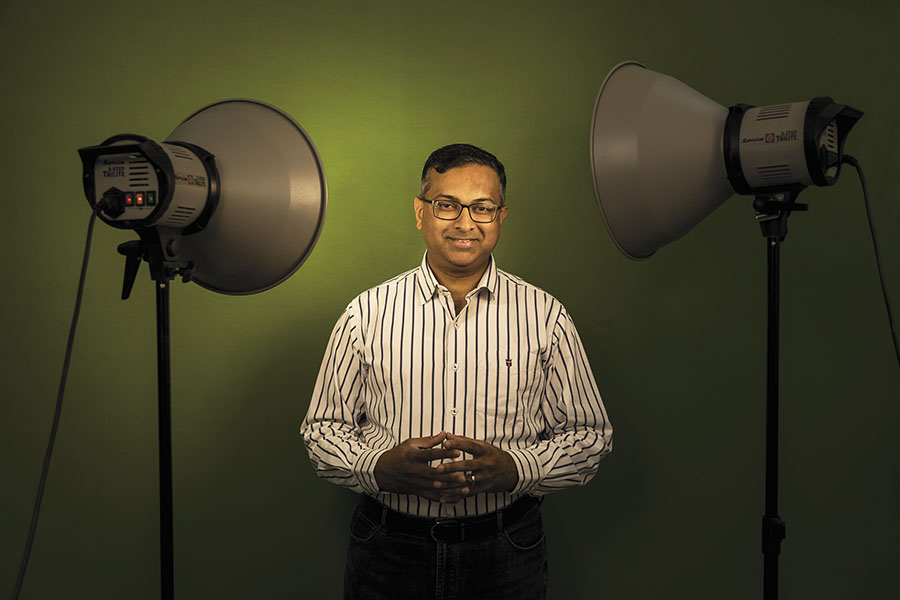 Neena Kaur Suras, a project manager at Tech Mahindra for nearly four years, wanted to specialise in her area of work “so that my customers across the world know that I can take care of my core area”.

But quitting her job for an MBA didn’t seem worthwhile for the 37-year-old, who already had managerial experience. So Suras turned to GreyCampus, a four-year-old online certification provider, for Prince2, a programme in project management. “This programme made more sense than an MBA. I was already a manager; this would add more value to my current line of work,” says Suras.

GreyCampus is a Hyderabad-based startup that provides online training for professional certification courses across areas such as project management, complex data, service management and quality management. It develops the contents and modules which are then empanelled with global certifying agencies that issue the professional certificates. Founded by former Goldman Sachs and Citibank executive Vijay Pasupulati, the company has been listed by consultancy firm Deloitte among India’s fastest-growing tech companies for the past four years.

“Education is a $300 billion industry and we believe there is a significant gap in the levels of current and required competency. That’s what we are trying to address through GreyCampus,” Pasupulati tells Forbes India. “The current higher education delivery that is done through a one-time, two-year course like a typical MBA may not be the dominant mode in the years to come. I see higher education evolving into a career education solution where programmes would be flexible, continuous and lifelong.” 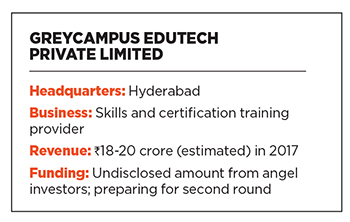 For Pasupulati, who grew up in a quintessential middle-class family, entrepreneurship wasn’t the first option. His father worked with Tata Steel in Jamshedpur, while his mother was the vice principal of a school. A good student, Pasupulati secured admissions to the prestigious National Institute of Technology in Telangana’s Warangal to pursue his studies in computer science.

After graduating in 1996, he went on to work with the Tata Consultancy Services (TCS), India’s largest IT outsourcing firm, and was posted in Singapore as a program developer. A few years later, he moved to Citibank and then to New York to work for the Zurich-based Credit Suisse. While in New York, he also pursued a part-time MBA at New York University’s Stern School of Business.

His big break came in early-2005 when he was hired by Goldman Sachs and was sent, along with nine others, to set up the trading floor in Mumbai. When he started to hire a team, the lack of a modern curriculum in the business schools came to the fore. “While colleges had a fantastic curriculum, many of them weren’t updated and hadn’t kept up with the growing needs of employers. That’s when we felt that we could fill the gap,” says Pasupulati.

In 2008, Pasupulati quit Goldman Sachs and, along with his friend and tech entrepreneur Sarath Sura, set up WinZest, a finishing school for engineering graduates, in Hyderabad. A few years later, the company also ventured into the higher education sector where it began training engineering students through online content. The business was doing well and Pasupulati reckons that 30,000-odd students were using the services. But a lack of enthusiasm from engineering colleges meant he couldn’t scale up the business the way he wanted to.

In 2013, WinZest changed its business model, raised an undisclosed amount of money from a few Hyderabad-based angel investors and tied up with some of the world’s best certification agencies to offer online training programmes. The company also renamed itself GreyCampus.

“We wanted a brand name that could appeal globally,” says Pasupulati. “Grey has to do with the intellect and campus meant a one-stop solution for education. That’s how we zeroed in on the name.”

It then went on to develop modules and content in accordance with the curriculum prescribed by certifying agencies such as the International Association for Six Sigma Certification and the Project Management Institute. Once it developed the module with help from global experts, it got them approved by the agencies. GreyCampus would, however, retain the intellectual property rights over the content.

So far, GreyCampus has trained about 30,000 professionals across the US, Middle East, and the Asia-Pacific regions; it also operates a subsidiary in the US.

Like Suras, Kiran Kumar Sammeta, an IT consultant with TCS, had also taken GreyCampus’s Lean Sigma programme about two years ago and believes that it played a key role in the upward trajectory of his career. “The certification programme provides help in keeping up with the employer’s needs,” says Kiran. “I took a project on quality management and through such specialised programmes, you learn a lot on how we are expected to work.”

Experts agree that there is a growing demand for professional certification programmes now. “The time has come for the industry to get more and more involved with education,” says Narayanan Ramaswamy, the head of education practices at consultancy firm KPMG. “Such programmes are now easier to do and, in the medium term, make a remarkable difference in employability. Things are only going to get better with time now.”

Like GreyCampus, companies like Great Learning, UpGrad and Simplilearn, too, are running successful programmes in this space. Coursera, the California-headquartered company that offers over 2,000 courses, is perhaps the best known in this space.

As GreyCampus now prepares for its second round of funding, the company believes that it has the potential to grow into a ₹100 crore company in 3-4 years. “We will soon launch an enterprise variant that will work with companies to provide such certification programmes,” added Pasupulati.

“India is at a crossroads now,” says Aurobindo Saxena, the head of education practices at management consulting firm Technopak Advisors. “Colleges are expected to become redundant in the next 30 years. We are talking about electric vehicles and fleet management where we need specialised experts. Companies such as GreyCampus have the bandwidth to offer such programmes.”

It also helps that India is in the midst of an internet boom, led by smartphones. Asia’s third-largest economy is expected to have over 530 million smartphone users by 2018. By 2021, over 830 million Indians are expected to have access to the internet, providing a massive opportunity for online certification programmes. “Unlike a B-school, the go-to-market time for GreyCampus is much lesser,” adds Saxena. “And with the growing internet boom in India and the increasing participation of industry, we are certainly seeing a period of exponential growth for companies such as GreyCampus.”