Being a 'conglomerate' is again the name of the game. The sprawling new tech conglomerates in a hydra-headed structure will bring up fundamentals pertaining to the brand for a fresh application or re-evaluation 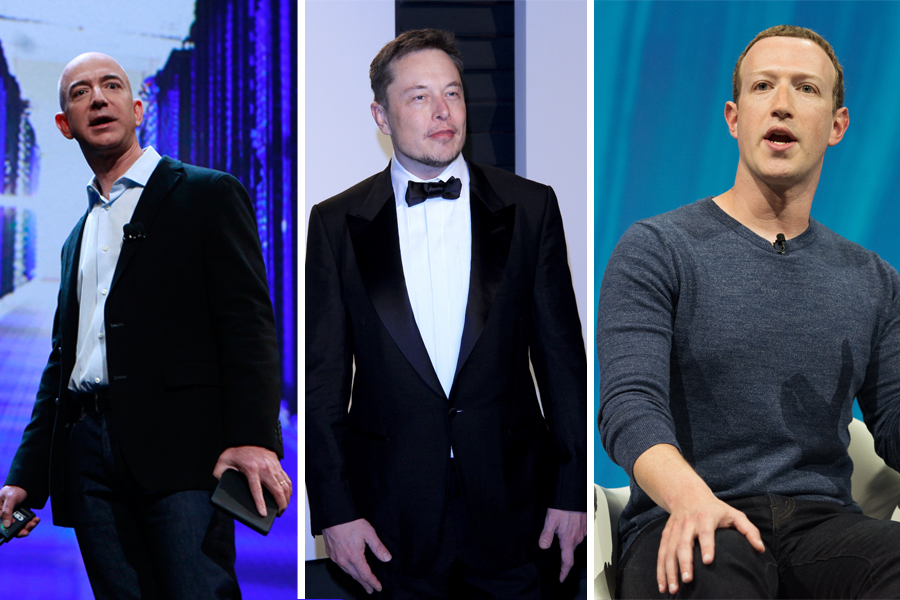 One of the constantly in and out of fashion constructs in brand marketing is the concept of the conglomerate. In the last 50 years they have been on a see-saw where brand esteem is concerned. Storied names such as GE, ITT, Hanson Trust of Britain, the Japanese Zaibatsu and Korean Chaebols got feted as the highest branded manifestations of capitalism. Then they were rubbished as inefficient, defocused, bloated relics. Gold framed MBAs at Wall Street claimed that companies should focus relentlessly. They opined that it was investor dharma to minimise risk by choosing sector specific companies rather than backing corporate pachyderms. It came to pass that ‘diversification’ itself was reason enough to attract a “conglomerate discount”. Brands were seen as stretching irrationally when crossing sectoral boundary lines.Warren Buffett – the sage of Omaha – must get credit for steadily resurrecting the stature of conglomerates. His investment vehicle, Berkshire Hathaway is a textbook conglomerate. When he bought Precision Castparts, a maker of aerospace components, for $37 billion, it was the biggest deal in Berkshire’s 50-year history. His method is focused on chasing growth and value over the longer term, and this knows no boundaries of vertical, category or industry.

It seems that the pendulum of guru opinion is shifting back again to the other extreme and ‘being a conglomerate’ is again the name of the game. What is surprising is that the leaders of the current pack are the pioneering and focused digital Tech leaders of the world - Google, Microsoft, Apple and Amazon. Google’s evolution as Alphabet goes well beyond its mammoth original, core business - internet search and advertising. It has birthed several subsidiaries from commercialising driverless cars to extending human lifespans, each a potential standalone company within the group. In effect, it is on course to become an increasingly diversified company.

This kind of metamorphosis is facilitated by two enablers - technology and secure cash flow. Information technology is transforming established industries, from mobility to education to manufacturing. Google - with the collective brain power its talent pool possesses and the cash pile its business generates - is well placed to pursue all sorts of projects, even as unrelated as creating artificial meat.Also read: Simply Speaking: A brand mosaic and the little things that make it

Jeff Bezos’s Amazon is driven on the vector of ‘efficiency via disruptive technology’ and is investing in server farms and drones. He owns the Washington Post in his personal capacity. Mark Zuckerberg’s Facebook became Meta and he bet the shop on creating its Metaverse. Elon Musk, is not only the boss of Tesla, the electric-car maker and Twitter but also a huge investor in space travel and solar-energy systems.

This is surprising but not a first time occurrence. In its own era, General Electric grew into a conglomerate as Thomas Edison imagined electricity’s capacity to transform the everyday world. Many Japanese players began with microelectronics or miniaturisation as a core competence and extended far and beyond.

Berkshire’s steady evolution into a conglomerate shows us why conglomerates are always around. Success lies in sound management and acute capital allocation. Conglomerates neutralise risk by diversification. They can cross pollinate talent and leverage a strong market position to their advantage.Also read: Simply Speaking: Brands need editors. Here's whyWhen GE went far beyond appliances, power and aviation engines into broadcasting and financial services, its ability to select, train and promote general managers was the enabler.

Break-ups, divestments and spin-offs shook up the older established conglomerates such as General Electric, United Technologies Corp, DowDuPont, Honeywell, ThyssenKrupp, ABB, and Siemens. But the ‘Big Tech to conglomerate’ phenomenon is led by an entirely new breed of top performing, multi-talented entrepreneurs with the proven ability to revolutionise old industries by applying new technologies.In the Developing & Emerging markets, this has always been the norm. There conglomerates outperformed more focused pure-play firms, because of better access to raw materials, regulatory leverage and better brains. Once again, in all parts of the world M&A activity is dominated by deals taking firms into new lines of business, rather than ones to build scale, which generate synergies. As walls go up across the world and globalisation takes a backseat, large multi-industry conglomerates will emerge in all major economies.Also read: Simply Speaking: Brand charisma is experienced but not understood

This expansion by Tech giants is well researched and planned. Think of Amazon buying PillPack, an online pharmacy and making it a part of Amazon Pharmacy. Amazon’s venture in healthcare is an audacious one because it ties up so much of what it can potentially offer. Many tech firms have health care ambitions. Apple has tied up wellbeing to its iPhone. Alphabet sells wearable devices and is pumping money into biotech research. Amazon has an online service – the Amazon Clinic that offers virtual health care across most states in the United States. It acts as a virtual storefront connecting users with third-party health providers. Amazon’s Halo band is a wearable device that monitors the user’s health status. The move into primary care, disrupts the role of the General physician and is a big step in a market worth trillions of dollars worldwide.

Valuing the brand when conglomerates own traditional hard assets was better understood but it’s not well established when it comes to estimating the worth of nascent digital ones. Big Tech has the staying power and is desperately looking for white spaces to avoid hitting the growth plateau. Amazon’s move into logistics flustered incumbents such as XPO Logistics, FedEx and UPS. There lies a big opportunity for a brand to fluidly cross boundaries without a fracture. The stretch in brand meaning is made possible by the inherent strength it brings to bear.

Microsoft is moving to take a big position in gaming as it moves to the future. It is clearing regulatory approvals for a $69 billion acquisition of video game publisher Activision Blizzard, the largest consumer technology deal since AOL bought Time Warner two decades ago, and far bigger than Elon Musk’s recent $44 billion buyout of Twitter. In 2016 Microsoft had done a $26 billion acquisition of the professional networking service LinkedIn at the time its largest acquisition. Gaming has become Microsoft’s most important consumer business, surpassing $15 billion in annual sales largely under the Xbox brand. It aspires to boost Game Pass, a Netflix-like subscription service for gaming.Also read: Simply speaking: Problems, solutions and creativity

The sprawling new tech conglomerates in a hydra-headed structure will bring up fundamentals pertaining to the brand for a fresh application or re-evaluation.

There are three broad types:

For a business, preparing for an uncertain future means understanding the key constant drivers that shape its core function and then establishing brand meaning.

By channelling the constants, brands place themselves in the best position to thrive within any possible future. A strong brand impacts all aspects of business positively. It drives consumer demand, supports financial value and brings corporate values in alignment with the social values of its markets.

Capitalising on enduring elements of consumer demand can be a powerful strategy.

Jeff Bezos has built a brand and business ecosystem predicated on the insight that it brings convenience to consumer lives. Bezos made the bet that internet-based efficiency was going to be a constant. The future is unknowable. Technology, geopolitics and economic opportunities will shift in new, unanticipated ways. But humans will still be humans.

That is what conglomerates may well be all about – business aggregations under a brand whose reason to be is built on the fundamentals of human nature.Also read: Storyboard18-Simply Speaking: Hook, line, and sinker — the magic of brand names in language

Brands matter if, and only if, they matter to consumers. They’re an asset to a company when, and only when, they hold meaning and carry significance within minds and lives. Brands mean business. There is opportunity for brands to define excellence and meaning with nuance and complexity. A conglomerate brand can explore many spaces to enrich lives and forge connections. In striving towards the fullest expression of this potential, the possibilities are boundless. Only the future will reveal the precise ways in which brands rise to the occasion. But the mantra is simple: becoming meaningful in the minds and lives of consumers.A strong brand is the bedrock for product and technology offerings to rest on and to build value and loyalty. A competitor might be able to copy an app, an e-commerce platform or a piece of hardware, but it’s much, much harder to replicate an established relationship with a market.

Positive brand image also makes it easier for companies in a conglomerate to acquire new customers. As brands deepen their place in the mind of the consumer, the brand promise becomes validated, making it easier for new customers to see value in the brand and to become loyal. The effects are cumulative.

The democratisation of technology means that companies can now deliver value – in the form of products – much more directly than ever before. In this context, the threshold for the brand to add value has never been higher.

It is going to be a journey of immense pressure. But such pressure can make coal turn to diamonds.

Tweets by @forbesindia
Why an Indian owner of an elite football club could be a win-win
Is the hydrogen bike the next two-wheel hit?