Simply Speaking: From Nike and Adidas to LV and Balenciaga — sportswear and its ascent into high fashion 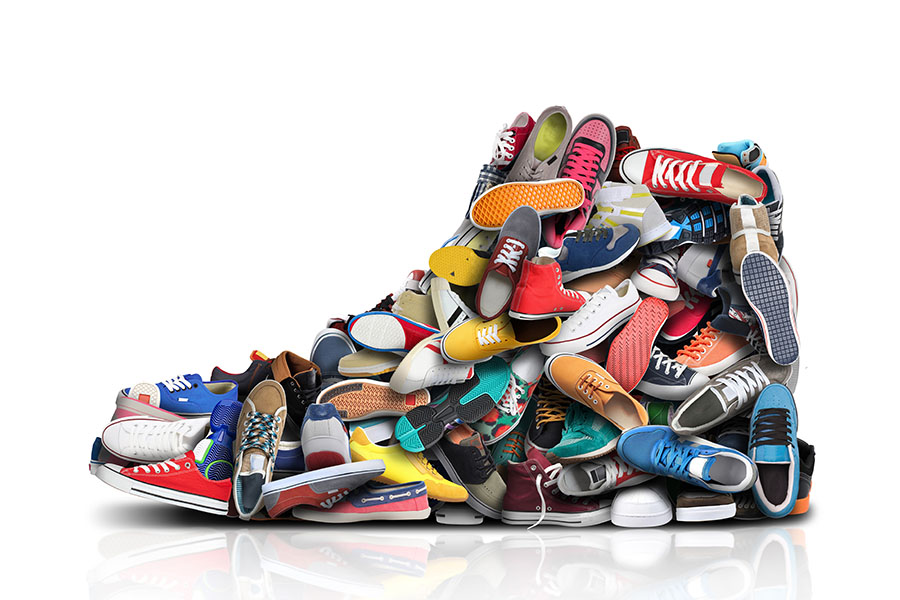 This is the age of the sneaker. A rubber-soled, simply uppered footwear has been magically transformed by marketers into a product of fantastic urges. Image: Shutterstock

Fashion should be a form of escapism, and not a form of imprisonment. It’s time to let loose a bit. [People] don’t want to look at a two-piece suit with a wide belt. They want to see something that takes them away.” - Alexander McQueen
Sportswear is now mainstream casual-wear across the world.
Sneakers, track-jackets and pants have become haute ‘cool’.
This story is an important one. It is most representative of how brand building will work for most categories in the future. The role that superstar celebrities—in particular musicians and athletes—play is worthy of detailed examination. The emergence of sportswear as a multibillion dollar industry wrote the rulebook on influencer marketing along the way.

Not all is well in the sportswear fashion world on this count. In a succession of terminations, the industry has chosen to bleed away revenue and profits rather than tolerate racism, bigotry or xenophobia by those who are otherwise acknowledged as super achievers.
Nike stopped its relationship with Kyrie Irving, a basketball player and will no longer release his new shoe slated for launch this month. He was suspended by the Nets for publicising an antisemitic film on social media. Nike is facing challenges and business is hardly the usual. Its stock has fallen 41 percent in the past year.Kyrie Irving, was due to launch his new shoe, the Kyrie 8, which was supposed to hit the market now. Just the last month, ‘rapper – designer’ Kanye West, who now goes by Ye, made a series of antisemitic remarks and wore a shirt with a slogan associated with white supremacists. Major brands such as Balenciaga and the Creative Artists Agency cut ties with the artist despite his proven commercial success.

Adidas also pulled the plug on its relationship with Ye, at an enormous cost. At Adidas, an entire division was devoted to selling Yeezy merchandise. Estimated revenue loss is of the order of $250 million.Also read: Nike is making sneakers that can be taken apart for recycling
There are other, longer lasting relationships which continue to lay the golden eggs. Nike and its association with Michael Jordan selling a line of sneakers and other athletic wear — amounted to $5 billion of Nike’s $44.5 billion in total revenue. Going beyond, Nike has LA Lakers superstar LeBron James and Kevin Durant of the Nets in its platoon of influencers acting as designers for their signature merchandise.
Using celebrities and athletes to design, develop, merchandise and market sportswear is not a new phenomenon. Nike, Adidas, Puma and Under Armour have all actively nurtured ties to entertainment stars and top athletes. Now, in the age of social media, the risks are just as real as the rewards.
When a face was an endorser in the past, the brand was making the advertising campaign more resonant with what the celebrity stood for. The attributes, products, brand values were in a straight line.
Then the world got more chaotic, and the chaos moved faster around all stakeholders.
Nike boldly embraced disruptive advocates and pushed what was seen as bold but polarising content in the areas of equity values. It has been signalling to consumers since partnering with the former N.F.L. quarterback Colin Kaepernick in 2018.

But Irving’s antisemitic remarks were an outrageous foul which merited action. He posted a link on social media to the film “Hebrews to Negroes: Wake Up Black America,” clearly seen to be antisemitic including Holocaust denial.
A well regarded sneakerhead, besides his sporting stardom, many of the shoes Irving designed for Nike like his “I Love You Mom” series of shoes were not linked to sporting imagery.
It is a class of product which ‘everyone wants even if not needed’. A vastly profitable category worth billions of dollars with a brand velocity uniquely uniform across most of the world. Like Blue Jeans, the sneaker has come to be an emblem of cool.
For the uninitiated, initially there is a casual relationship and Nike, Puma, Adidas and Reebok – are all “same same but different”. But as you get into the ‘sneaker mindset’ it becomes a deeply evocative subject and a pair of shoes transforms to a most valuable asset.
I learned much from “The Ultimate Sneaker Book” published by Taschen. It’s a history of sneakerdom. From Jeremy Scott at Adidas to Kanye West with Reebok, Nike, Louis Vuitton and Adidas, it chronicles the change in sneaker marketing. Like a mountain river that floods the plains, a niche has expanded to a universe all its own.

The yet to be initiated may do well to peruse the content of Sneaker Freaker, a website that, since 2002, has become the be all and end all of sneaker wisdom.

Coming back to the “track pants”, Ermenegildo Zegna has a cashmere-wool mix with buttoned snaps at the ankle. Giorgio Armani has them in checked mohair. Hermès sells one that is technically treated silk. The likes of Lemaire, Berluti, Louis Vuitton, Paul Smith, Brioni have many more of their own. The revolution has reached main street. The “joggers”, go with a tuxedo jacket and sneakers. Elasticised pants are not only in vogue, they are gripping on to global fashion.

Back in 2009, at the Paris Fashion Week, Kanye West designed three sneakers in collaboration with Louis Vuitton. The resulting shoes each retailed at $1,000 a pair. It was an all-red colourway titled the ‘Don’. In time Ye, then going by Kanye West, got called Kan, the Louis Vuitton Don. These shoes, precious as they are, now retail between $6000 to $18,000 on auction and merchandise sites, where available.
Simon “Woody” Wood, Sneaker Freaker’s founder and editor of “The Ultimate Sneaker Book” makes the point well in his foreword: “Strange, isn’t it, that a few bits of leather and suede sewn onto a slab of rubber and wrapped in nylon thread could mean so much to so many.”

Tweets by @forbesindia
Apple is expected to jump into the '3D mixed-reality world'
Brain Matters: What makes the Indian consumer laugh?