Simply Speaking: Brand charisma is experienced but not understood

There is a clear need to map the markers of charisma, awe, and aim for admiration, elevation and perhaps even brand love, writes Shubhranshu Singh in this week's Storyboard18 Simply Speaking 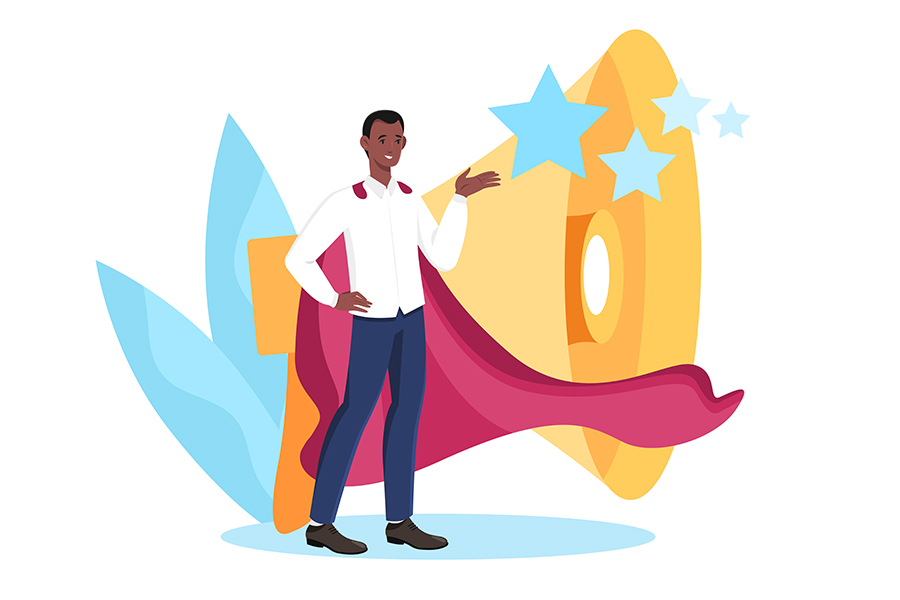 There is a clear need to map the markers of charisma and awe and aim for admiration, elevation, and perhaps even brand love. Image: Shutterstock

All brands have image, symbolism, and prestige to some degree, but charisma is quite another matter. When possessed of it, brands ascend to being icons. This is encountered but rarely understood. What is a charismatic brand personality? Is it something exclusive to luxury brands and high involvement categories? Is it possible to possess charisma without evidence? What are the behavioural attributes of charismatic brands?

This understanding is sorely needed for building sustained brand-consumer relationships and as a foundational input to brand strategy and operations. Companies build brand equity by shaping brand personalities. This encourages consumer interactions and builds relationships. Wherever brand interactions have emotionally transformative effects, certainly the brand's charisma is at play.

The dictionary defines charisma as ‘a special magnetic charm or appeal’. Most of the research on charisma has focused on individuals as charismatic leaders that create a sense of excitement among followers, build strong bonds, and ultimately possess the ability to exercise a strong influence on the values and behaviours of followers. The idea that consumers’ relationships with brands can resemble their relationships with people has increasingly become accepted in branding and consumer behaviour.

This implies that charisma creates and shapes a special relationship with the brand. Conversely, a large following and mass relationships can elevate a brand to charismatic status. To possess charisma represents a highly rated report card from consumers. These cognitive appraisals cause feelings of admiration which subsequently impact purchase behaviour.

The word 'Charisma' has Greek roots: 'Charizesthai' means to gratify, and 'charis' implies being gifted.

A natural starting point for understanding the concept of charisma is the work of Max Weber. He referred to charisma as a widely perceived appeal which transcends ordinary conceptions of reality. It can be attributed to persons, actions, roles, institutions, symbols, and material objects. Charisma is a kind of aura that emerges ‘with ultimate, fundamental, vital, or order-determining powers.’

This ‘person -charisma’ complex must be decoded to be applied to brands. Charismatic leaders radiate confidence and set high expectations for themselves and their followers. Charismatic leaders are also role models for others as they have moral courage, assertiveness backed by the power and a disruptive ability to challenge the status quo. Also read: It used to be lonely at the top. Today, it's much lonelier: Marshall Goldsmith

Leaders with charisma also foster motivation and galvanise their followers with a value-laden vision of the future. Likewise, brands can use the mission as a platform to get consumers aboard and infuse them with self-esteem, self-worth, and social identification. Just as charismatic leaders affect followers because of motivational mechanisms that are induced by leader behaviours, so also brands affect consumers who are induced by the behaviours of the brand. Adidas, Nike, Budweiser, Marlboro, Apple, Nike, Harley, Volkswagen Beetle, Jack Daniels, Superman, Range Rover, Zippo, Harvard, Oxford,
MTV, Rambo, and Elvis all are possessed by it. I am quoting universally acclaimed Western brands that have gone global, but it is only illustrative.

Charisma is not one thing. It is a composite of many: Being visionary, articulate, sensitive to the community, unconventional, and bold. A charismatic brand can influence, inspire and motivate followers. It exudes confidence, dominance, energy, and the ability to prescribe actions for which followers are psychologically primed.

A brand’s articulation done with expressiveness and eloquence is a prerequisite to building, growing, and sustaining charisma. Charismatic brands do highly expressive communication and excel at storytelling. An Apple, Nike or Louis Vuitton always has a story to tell. Behind each product, there is a history of what brought it to market. It adds inherent value to the brand.

Charismatic brands are honest and reliable. No one can break trust, be insincere and yet retain a charismatic sway. Credibility is the anchor for charisma. It is foundational. Whether in politics, entertainment, journalism, politics or advertising—the crux of charisma is ‘being credible’.

It is not a fantastical construct.

Charisma is often treated synonymously with finesse. It cues a very special type of attractiveness—magnetic, charming, appealing, beautiful, elegant, sophisticated, and classy. But that is not definitional. Awe is also related to scale and quantum. Big is beautiful too. Bigness is about solidity.

Charismatic brands have a sense of permanence and are there for the long term.

The importance of being visionary in unconventional and bold ways cannot be overstated. It is a vehicle to legitimise brand charisma. A vision for the future, positive energy, and focus on unexploited and futuristic opportunities presents a brand that is dynamic, outgoing, and ambitious. Being visionary clearly says something about the brand’s strength of character and the will to achieve this vision. Also read:  The difference between a company's mission, vision and purpose

Max Weber offered one of the most nuanced and insightful treatments of awe in his analysis of charisma and charismatic leaders. Weber noted that, throughout history, social groups tend to settle into patriarchal or bureaucratic modes of organisation that are stable. In times of crisis, people sometimes overthrow these stable forms of power, transferring their allegiance to a charismatic leader who awes the masses by performing miracles or acts of heroism. Charismatic leaders bring about revolution from the inside, by changing people, who then go on to change society. Hence the context can empower an individual or brand with game-changing charisma. It can happen very suddenly.

Like Weber, Emile Durkheim posited that certain collective emotions have transformative powers; they change people's attitudes and inspire them to follow something larger than
themselves. A man who experiences such sentiments feels that he is dominated by forces of which he is not the master, but is led by. Durkheim approached charisma as a form of Awe. According to him, for something to be thought of as awesome and hence charismatic was a social sentiment based upon collective interests. Collective sentiments are triggered by stimuli that are associated with collective values, goals, and outcomes. A group feels unity (as supporters of a brand, political party, sports team, cult), collective action (cheering, voting, ritualism, dressing, adoption of norms) and triumph (winning an election, tournament, becoming a dominant trend).

Abraham Maslow is well known for his descriptions of 'peak experiences’, which involve awe. Maslow listed many. These include disorientation in space and time, ego transcendence and self-forgetfulness; a perception that the world is good, beautiful, and desirable; feeling passive, receptive, and humble; a sense that polarities and dichotomies have been transcended or resolved; and feelings of being lucky, fortunate, or graced.

Two things connect in sequence to foster awe. These are vastness and acceptance. Vastness refers to anything that is experienced as being much larger than the self or the self's ordinary level of experience or frame of reference. Vastness is often a matter of simple physical size, but it can also involve social sizes such as fame, authority, or prestige. When bigger than self, it elicits respect and when subsuming the self via acceptance, it elicits motivation. 'This is a big deal, and I can be a part of this big deal.' This is the sequence.

The English word ‘awe’ is about dread mingled with veneration, reverential or respectful fear. Modern Western attitudes are about awe-like emotions when in the presence of famous people like movie stars, exceptionally skilled like sports stars, or morally admirable as gallantry award winners. None of these cases involves feelings of threat, fear, or dread. They are awesome and yet charismatic in a thoroughly positive way. People seek out contact with such awe-inspiring figures, asking for autographs, getting a photograph with them or trying to touch them.

Celebrities often take on a larger-than-life presence which causes awestruck onlookers to gape, point, fawn, and act deferentially. In this case, awe is elicited by the social size and importance of the individual, the extent to which they are known, and the extent to which their actions affect others.
All of these are true for brands. Those exceptional brands make it to becoming charismatic. There is no measure or qualifier for it. Yet charisma is well recognised and rewarded. There is a clear need to map the markers of charisma and awe and aim for admiration, elevation, and perhaps even brand love.

Note to readers: I'm intrigued by information such as that eight percent of the population is left-handed, that giraffes only sleep five minutes every twenty-four hours and so on which is useless but important! In the eighteenth century, German aristocrats kept glass-fronted cabinets which displayed curios. They called it Wunderkammern. This column is some such thing. In an unmarked field, it is easy to wander. I want to open windows to glimpse views rather than a whodunnit or a how-to-do-it. I have a licence to be long or short. To be structured or abrupt. This column has no beginning, middle or end. It's a journey without a destination. Simply speaking...