Being a cash-strapped consumer impacts more than just a person's "purchase happiness." It could also impact a company's sales, as several studies in the research demonstrated that financially constrained consumers leave worse reviews 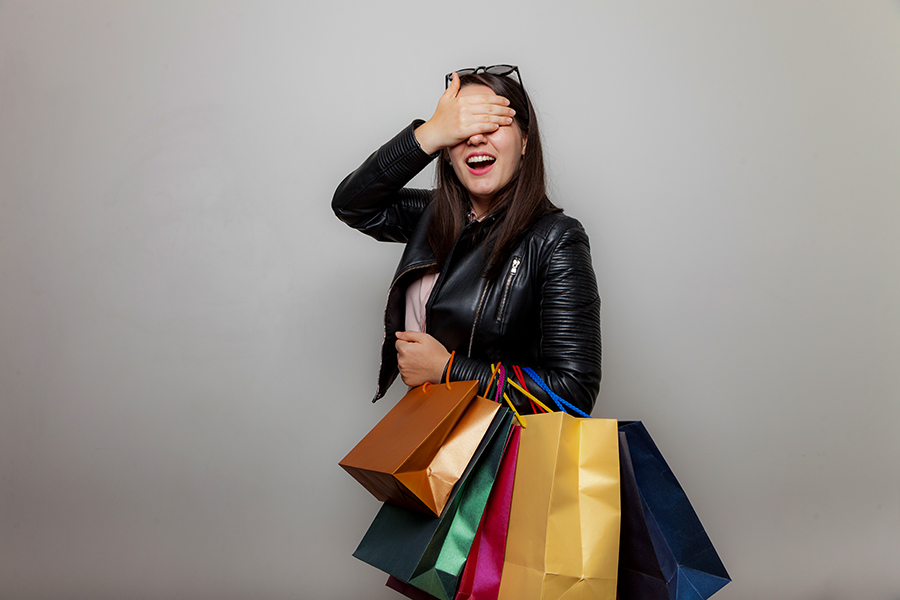 Whether they’re getting a new shirt, a new computer, or taking a trip, people derive less “purchase happiness” from buying things when they feel financial stress, research from Duke University’s Fuqua School of Business shows.
“That feeling of financial constraint leads people to revisit their purchase and think about what else they could have done with that money, also known as the opportunity cost,” said Fuqua marketing professor Gavan Fitzsimons, who co-authored the findings in the Journal of Consumer Research. “Because of that question in a consumer’s mind about what else they could have used the money for, every time they think about that purchase, they are going to be a little less happy with what they did end up buying.”That dissatisfaction also prompted consumers to leave worse reviews for those purchases – an insight that can help firms when soliciting customer feedback to encourage more sales.

Financial stress at all income levels

The researchers conducted more than 40 studies measuring people’s perceptions about their financial situations and recent purchases. Whether they bought a material object or an experience, and whether they paid $100 or $1,000, the results were consistent: people who felt financial pressure experienced less “purchase happiness.”

Feeling financially constrained refers to a person’s perceptions about their financial situation and affects people of all socioeconomic circumstances, the authors said.

“People at all income levels are feeling financial pressure, particularly right now,” said Fitzsimons, who published the paper with Fuqua Ph.D. candidate Rodrigo Dias and Eesha Sharma of San Diego State University. “Rents are escalating dramatically, the housing market has been unreachable for many Americans. Even for people earning well above the median income in America, they still notice when gas is suddenly priced at $4 a gallon, and milk costs 50 percent more than it did two years ago.”

The impact on customer reviews

Being a cash-strapped consumer impacts more than just a person’s “purchase happiness.” It could also impact a company’s sales, as several studies in the research demonstrated that financially constrained consumers leave worse reviews.

In one study, the researchers analyzed online reviews from the website Yelp for the 15 largest restaurant chains across the U.S., examining data for more than 850 eateries in 15 big cities. Next, they used U.S. survey data to identify zip codes in which people reported financial stress. They found that people who visited restaurants in zip codes where residents felt more financial stress also wrote worse reviews, said Dias, lead author of the research.

In other experiments, the authors tested whether they could induce feelings of financial constraint by asking people to reflect on the financial stressors in their life. Indeed, people could be prompted to feel more constrained, and as a result, those people were less happy with their purchases and wrote less positive reviews, Dias said.

Rising costs due to inflation and other factors suggest consumers may face even more financial stress in the coming months.

This added financial pressure could compel more “compensatory consumption,” or the act of buying things not solely for their function or purpose, but because the buyer believes the item will compensate for a deficit in another area of their life, Dias said.

“People who are financially constrained are more likely to buy things to improve their happiness, but our research shows what happens is precisely the opposite,” he said.

The authors discovered at least one way financially constrained consumers could get more happiness from their purchases: by planning.

“If people who feel financially constrained make a more conscious decision about their purchase and plan in advance as opposed to buying an item on the spot without forethought, they are already thinking through the possible alternatives for how they could have spent that money,” Fitzsimons said. “That helps them get more happiness from their purchase than they otherwise would have. Are they as happy as they would be if they weren’t financially constrained? Not quite. But having people plan and think ahead about how to spend that money can help them derive more happiness from their purchases.”

Measuring consumers’ “purchase happiness” is just one new way scientists are attempting to resolve a perennial question about the relationship between wealth and well-being: can money buy happiness? These studies offer some new clues, Dias said.

“Social scientists have long known that having less money is associated with lower well-being, at least to some extent,” he said. “Our results suggest that having limited financial resources hampers well-being not only by restricting what people can buy, but also by reducing the happiness they get out of their purchases.”