The spacecraft was built for NASA to take astronauts to and from the International Space Station, a feat that Elon Musk's SpaceX has succeeded at in the last two years. However, Boeing's two previous attempts were marred by serious technical problems, costing the airline hundreds of millions of dollars 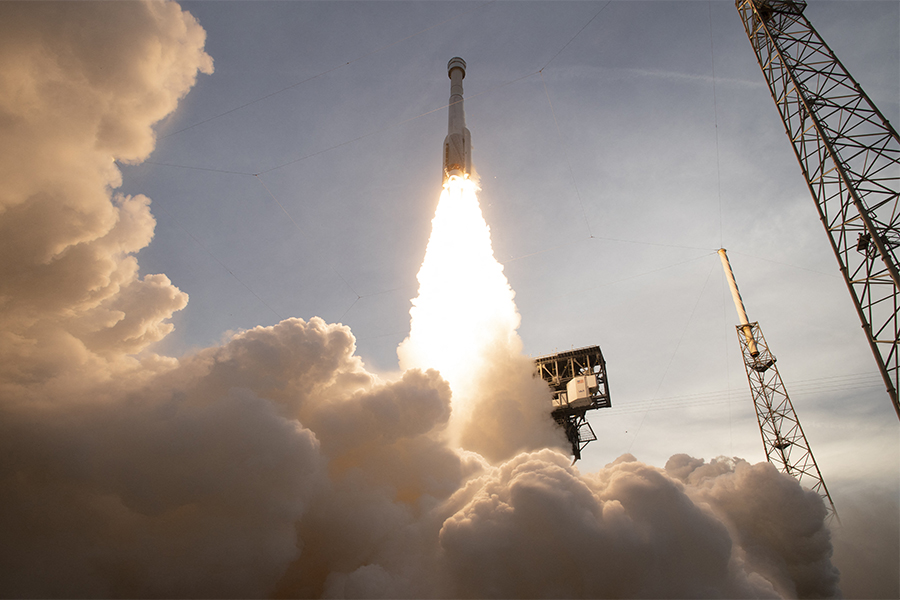 Boeing’s second chance at a do-over is off to a successful start as Starliner, its space taxi, launched to orbit Thursday.
The spacecraft was built for NASA to take astronauts to and from the International Space Station. But before it can do that, it has to complete a test flight without astronauts to show that its systems all work properly.
“Today feels really good and we have a lot of confidence in the vehicle,” Mark Nappi, vice president and program manager for the commercial crew program at Boeing, said during a news conference a couple of hours after the launch.
However, two thrusters failed during a maneuver to put Starliner in a stable orbit. The spacecraft was able to automatically adjust with its remaining thrusters, and it proceeded on course. Engineers are investigating what went wrong.
Two previous attempts to undertake that preparatory journey — the first in December 2019 and the second in August 2021 — were both marred by serious technical problems. The setbacks have also cost Boeing hundreds of millions of dollars.
Boeing is catching up to SpaceX, the newer space company founded by Elon Musk that has already carried five NASA crews to orbit in the past two years.
A second transportation option for NASA also offers resilience in case either spacecraft suffers an accident.
Otherwise, NASA would have to rely again on Russia’s Soyuz capsules, which were the only ride to orbit for American astronauts for nearly a decade. Collaboration between the United States and Russia on the space station has become politically complicated after Russia invaded Ukraine earlier this year.
At 6:54 p.m. Eastern time, the engines of an Atlas V rocket roared from a launching pad at Cape Canaveral Space Force Station in Florida, lifting Starliner toward the sky. Thirty-two minutes later, it was safely in orbit.
Thursday’s launch was a relief for Boeing and NASA officials. The countdown and liftoff unfolded without unpleasant surprises. The only glitch occurred during the first of Starliner’s thruster firings, needed to give the spacecraft its final push to orbit.
At the back of the spacecraft are four pods, each containing a cluster of three thrusters. For the orbital insertion maneuver, which lasted about 40 seconds, one thruster in each pod started firing.
In one of the pods, the thruster started firing, then stopped after a second, Nappi said. The Starliner’s flight control system switched to a second thruster in the same pod.
“It fired for about 25 seconds, and then it shut down,” Nappi said. “Again, the flight control system took over and did what it was supposed to. It went to a third thruster, and we had a successful orbital insertion.”
Steve Stich, the manager of NASA’s commercial crew program, said even if the third thruster in that pod failed, “I suspect we could complete the mission just fine with the remaining clusters.”
Engineers will see if they can get the malfunctioning thrusters working again, and Nappi said the other systems on Starliner appear to be working well.
“So the spacecraft is in excellent condition,” he said.
Just over 24 hours after launch, Starliner is scheduled to dock at the International Space Station.
Although this mission is not carrying any astronauts, one of Starliner’s seats is filled by a mannequin named Rosie the Rocketeer.
There is also more than 800 pounds of cargo aboard, mostly food and supplies for the space station crew, but also some memorabilia. The spacecraft is to bring back almost 600 pounds of cargo from the space station.
After four or five days attached to the space station, Starliner is to return to Earth, at one of five locations in the western United States. While most American astronaut capsules have splashed down in the ocean — including SpaceX’s Crew Dragon — Starliner parachutes onto land and sets down atop air bags.
If all goes well, the flight will provide NASA with sufficient data to certify that the spacecraft can safely carry people into space. A demonstration flight with two or three astronauts aboard could launch as soon as the end of the year.
NASA hired two companies to take astronauts to and from the station: SpaceX and Boeing. At the time of Boeing’s test flight in 2019, it seemed that Starliner would beat out SpaceX’s Crew Dragon capsule for the first mission with astronauts.
But with Starliner remaining on the ground, SpaceX has since launched seven Crew Dragon missions with astronauts. In addition to the five missions for NASA, two others carried private citizens to orbit.
SpaceX’s missions also appear to be significantly less expensive than Boeing’s. Still, NASA officials say that they are committed to Starliner and that having two systems provides competition, innovation and flexibility.

Tweets by @forbesindia
When money is tight, 'purchase happiness' is low
Record number of Shib burnt in a single retail transaction