It could be weeks or even months before investigators identify what caused the Boeing 737-800 NG operated by China Eastern Airlines to plunge from the sky with more than 130 people aboard. But the outcome of the investigation could weigh heavily on Boeing 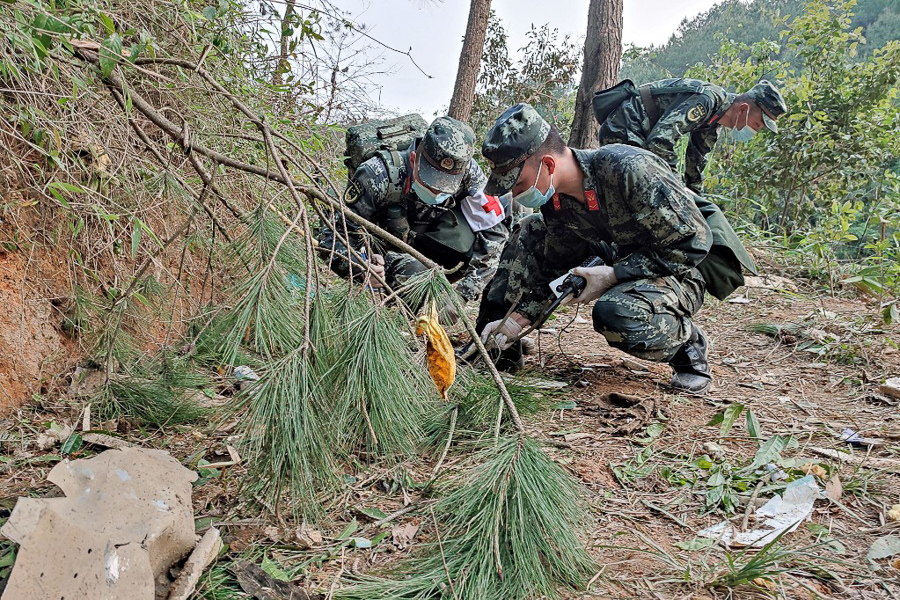 The crash of a Boeing jet in China on Monday is the latest crisis for the American plane manufacturer, raising the prospect of renewed regulatory scrutiny and confronting the company with another catastrophe involving its planes.

It could be weeks or even months before investigators identify what caused the Boeing 737-800 NG operated by China Eastern Airlines to plunge from the sky with more than 130 people aboard. But the outcome of the investigation could weigh heavily on Boeing, which recently overcame years of troubles involving a newer variant of the single-aisle 737, the Max, and has had long delays in producing and delivering the twin-aisle 787 Dreamliner.
“I think it’s going to be very important to see what actually happened with this particular incident because there’s a credibility concern,” said Rob Spingarn, a managing director at Melius Research, a financial analysis firm. “I think the investment community will pause to some extent on Boeing until that information is out.”
Thousands of 737-800 NG planes have safely traversed the globe in recent decades, and many industry analysts and experts were disinclined to conclude that Monday’s crash indicated any fundamental design flaw. But Boeing’s stock fell 3.6% nonetheless. Shares of China Eastern ended 6.5% lower in trading in Hong Kong.
Boeing’s recent problems began with the Max, which was widely criticized after one of the planes crashed in Indonesia in late 2018 and a second crashed in Ethiopia in March 2019. All 346 people aboard the planes were killed, and the Max was grounded worldwide after the second crash.
Those disasters brought regulatory rebukes, several lawsuits, and billions of dollars in fines, settlements and lost orders. The United States approved the Max for flight again in late 2020, requiring Boeing make certain changes to the plane. That prompted similar approval from other countries, but regulators in China granted approval only in early December.
The Max crashes were directly tied to flight-control software known as MCAS, which the Max is the only commercial airliner to use. That system was introduced to the Max to account for changes made when the plane was upgraded from the NG, or Next Generation, line.
On Monday, Boeing said that it was in touch with China Eastern Airlines and with the National Transportation Safety Board, the agency leading U.S. efforts in assisting China’s investigation into the crash.