The radio altimeter, first developed in the 1920s, still plays a crucial role in planes, helping pilots determine a jet's altitude and its distance from other objects 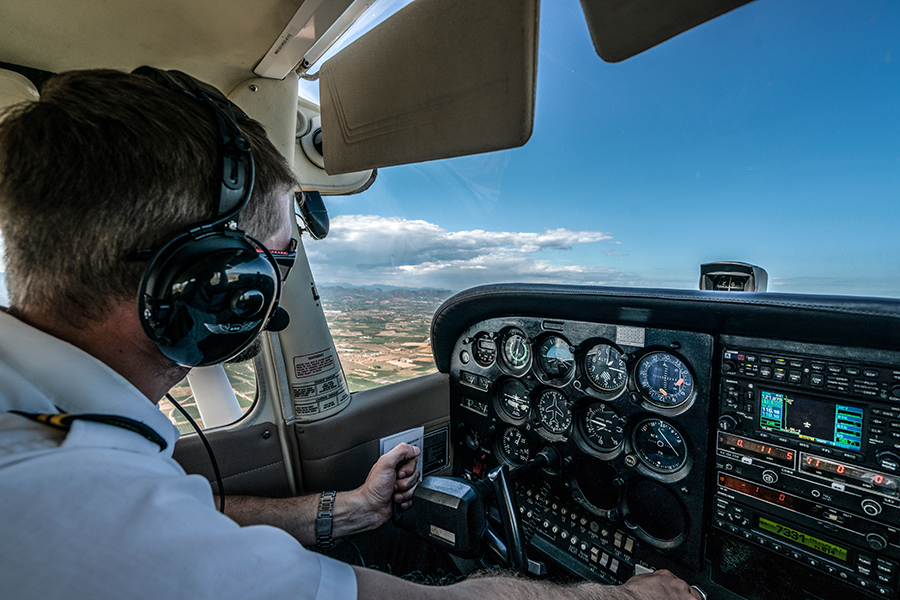 Aviation regulators were correct in raising concerns about 5G and were taking appropriate steps to ensure safety
Image: Shutterstock

A technological innovation that helped pilots fly fighter jets during World War II is now at the heart of the dispute between airlines and AT&T and Verizon over 5G, an innovative service meant to speed up mobile devices.

The clash has been years in the making and came to a head in the past few weeks. AT&T and Verizon agreed Tuesday to restrict 5G near airports after airlines warned that potential interference from it could cause a crucial device on planes to malfunction, and force them to cancel flights. Even with the airport restriction, a number of international airlines Tuesday canceled flights to the United States, though some of those flights were restored.

The instrument in question is a radio altimeter. It was first developed in the 1920s but still plays a crucial role in planes, helping pilots determine a jet’s altitude and its distance from other objects. In some planes, altimeter readings are fed directly into automated systems that can act without input from pilots. As aviation experts describe it, the 5G system used by AT&T and Verizon works in similar frequencies to the ones used by altimeters.

“You do not want to be on planes landing without the altimeter working,” said Diana Furchtgott-Roth, a former deputy secretary at the Department of Transportation in charge of researching new technologies. She added that aviation regulators were correct in raising concerns about 5G and were taking appropriate steps to ensure safety.

But telecommunications experts say that there is little or no risk to altimeters from 5G and that the aviation business has had years to prepare for what little risk there is. “The science is pretty clear — it is hard to repeal the laws of physics,” Tom Wheeler, a former chairman of the Federal Communications Commission, wrote in a piece for the Brookings Institution in November, in which he noted that FCC engineers had found no real cause for concern.

What are aviation safety experts worried about?

The altimeter was patented by Lloyd Espenschied, a prolific inventor who spent more than 40 years working for Bell Labs, the celebrated research arm of AT&T. The device functions by sending out radio waves to determine a plane’s location relative to the ground and other objects.

If an altimeter’s waves don’t bounce back because of 5G interference, or can’t be distinguished from other nearby waves, the altimeter could give the wrong reading or not function at all, said Peter Lemme, a former Boeing engineer who spent 16 years at the company designing safety systems that relied on altimeters.

A malfunctioning altimeter, for example, could prompt a plane’s computers to warn pilots about phantom obstacles or prevent systems from warning pilots of real threats.

The Helicopter Association International held a webinar last week for its members on 5G interference. One of the panelists was Seth Frick, a radar system engineer at Honeywell Aerospace, which makes altimeters for many aircraft, including its own military helicopters. Frick said Honeywell had found a range of errors, from altimeters “getting noisy” to providing no reading, in the company’s testing of 5G interference.

“I see why it is a greater concern,” said Tim Farrar, a wireless industry consultant who has looked at the issue. “But I am still not convinced you will see any interference.”

Could a malfunctioning altimeter cause other problems?

One of aviation safety experts’ biggest concerns is that an altimeter malfunctioning because of interference could set off a chain of mistakes by the automated systems and by pilots. Such errors played an important role in the two fatal accidents involving the Boeing 737 Max that led regulators in 2019 to ground that plane for nearly two years.

“This is something that everyone will be more cautious about — the impact on aircraft with a high degree of automation — because of the problems automated systems caused on the 737 Max,” Farrar said.

Some experts said they were most worried about 5G interference with the Boeing 787, a larger plane that is typically used on long, international flights.

Altimeters are a key part of the 787’s landing system, turning on the reverse thrusters that slow the plane once it has landed. Lemme said a Boeing patent suggested that the function was totally automated, meaning that even a pilot landing a 787 manually would not be able to reverse the plane’s thrusters if the altimeter malfunctioned. The 787’s landing gear brakes, which are triggered by weight, would still function, as would its wing spoilers, which are only partly controlled by altimeter readings. But Lemme said a lack of reverse thrusters would make it difficult for pilots to stop planes before they reached the end of the runway.

Why weren’t these concerns addressed earlier?

AT&T and Verizon’s decision to temporarily limit their new 5G network within 2 miles of airports should address many of these safety concerns — at least for now. But the start of 5G has been years in the making, raising questions about why airlines, the FAA, the wireless companies and the FCC did not resolve them earlier.

Furchtgott-Roth said previous warnings from aviation experts had been ignored. She said that in December 2020, the Transportation Department sent a letter to the National Telecommunications and Information Administration warning that allowing 5G to operate in its proposed frequency band would cause problems for flight safety systems. She said that letter was never passed along to the FCC and to wireless companies.

Instead, the FCC, relying on its own research that cleared 5G of safety concerns, went ahead with a planned auction. In February, carriers bid more than $80 billion to use that portion of the wireless spectrum for 5G.

“Wireless carriers have a right to expect a return on their investment,” Furchtgott-Roth said. “But you should be very happy that the FAA is taking a strong stance to ensure people’s safety.”

Still, wireless experts, including some officials at the FCC like Brendan Carr, a Republican member of the commission, dismiss the warnings from the FAA and airlines, arguing that 5G interference does not pose a safety risk.

Furchtgott-Roth, who teaches transportation economics at George Washington University, said that to fully resolve the issue each plane model had to be tested. “Can’t say the newer ones are going to work and the older ones are not going to work,” she said. “In some cases, it’s the opposite.” The FAA says it has already cleared 62% of the commercial fleet in the United States.

The airline industry has been working on new standards for radio altimeters that would address the 5G interference and other issues. But those standards are not scheduled to be released until October and would apply only to new altimeters. The FAA has approved five models of altimeters as 5G-compliant in the past week, but the approvals are based on the combination of altimeter and plane model, and no altimeters have been approved for use in 787s.

“The most likely solution is swap out the altimeters,” said Lemme, the former Boeing engineer, adding that could take years.

Tweets by @forbesindia
Hair Loss: Common causes and Treatment
Storyboard18 - The Great Reshuffle: How are agencies handling it?