Astrome Technologies' Satak calls herself an innovator at heart, and is using creative methods to take high-speed internet to the masses, including rural India 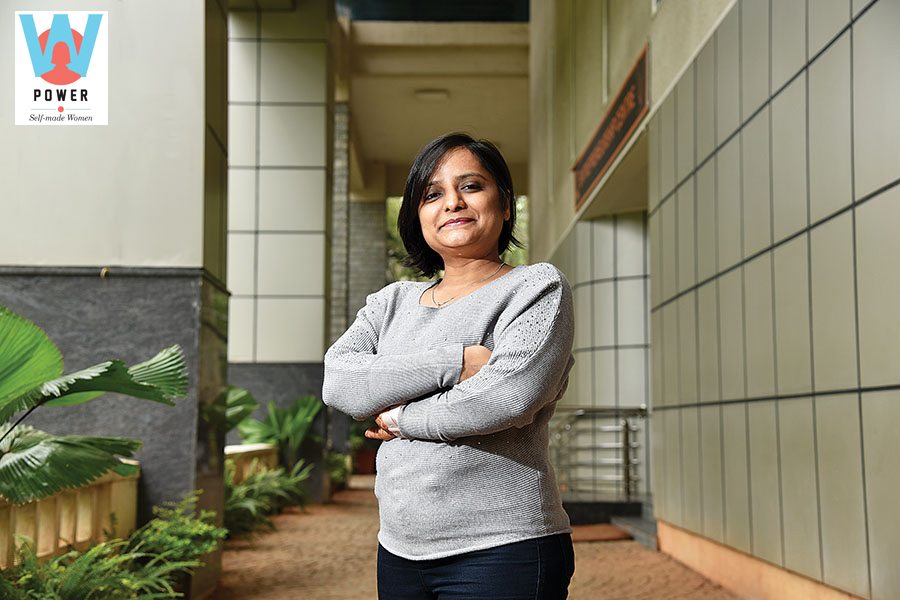 Neha Satak, co-founder and CEO of Astrome Technologies, sees herself as an innovator at heart. This year, Astrome is seeing the commercialisation of the high-capacity wireless technology that Satak and her co-founder Prasad HL Bhat, who is the chairman and the CTO of the company, have developed over the last six years—for both terrestrial and satellite communications.

Satak holds a PhD from Texas A&M University and a Master’s in aerospace engineering from the Indian Institute of Science (IISc) in Bengaluru. She worked as a postdoctoral research associate with the Air Force Research Lab in the US. She is also one of two Indian women to win the prestigious Karman Fellowship for space tech innovators this year.

“At Astrome, the idea was, we wanted to develop innovative high-bandwidth technologies to deliver internet services at affordable cost to everyone around the world, including people in remote and rural areas,” Satak tells Forbes India.

In September, Astrome, which was incubated at IISc, announced that it had raised $3.4 million in funding from IAN Fund, Urania Ventures and Cognizant Technology Solutions Co-founder Lakshmi Narayanan. Impact Collective of South Korea, ARTPARK (AI and Robotics Technology Park—backed by IISc, AI Foundry and the government of India), and a consortium of US-based angels have also invested in the round.

Initially, Satak and Bhat had planned to launch a constellation of low-Earth orbit satellites—an idea that has become popular now, with multinationals like Amazon and SpaceX spending billions on it—but some of the tech that Astrome developed turned out to be more immediately applicable in the telecom sector. They have developed India’s first E-band backhaul hardware that telecom services providers can use to take their 4G and 5G wireless to large swathes of the country. E-band refers to very high-frequency signals, and backhaul, simply put, is the connectivity between the core of a telecom network and the cell towers that send signals to our phones. 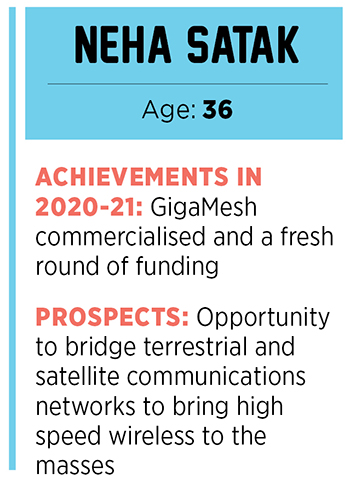 The significance of this tech is that it can support gigabit-speed wireless backhaul and “having that backhaul capacity wirelessly holds the key to delivering 4G and 5G everywhere in the country”, Satak says.

“We have become the world’s first company to demonstrate multi-beam E-band technology, which means we can bring down the cost of deploying 4G and 5G wireless even in rural areas,” she says. The absence of good backhaul infrastructure is a key reason that wireless services are bad in remote  areas. And Astrome’s product, called GigaMesh, solves that very problem.

GigaMesh reduces network congestion and also makes a telco’s existing infrastructure 5G-ready. It is a radio that can wirelessly connect cell towers or base stations to the core network. A single GigaMesh device has the ability to connect upto four surrounding devices. Currently available technology can connect to only one device, Satak says. Therefore this can decrease capital investment costs for telcos and service providers, which could result in cheaper 5G plans.

Another important innovation with GigaMesh is that a lot of it is about the software that goes into it, making its deployment and maintenance easier and cheaper. Among GigaMesh’s first customers is an overseas telecom company, and India’s defence forces, with deployment happening through this year and early next.

One of the next important steps is to develop this technology to become part of satellite communications networks—both for the low-Earth orbit satellite constellations— so that those satellites can deliver higher capacity at lower costs—and for ground networks that communicate with the satellites. This is Astrome’s SpaceNet business.

The satellite constellation plan has also evolved, from initially wanting to own and operate it entirely within Astrome to a strategy that now involves partnerships with businesses, like telecom service providers, that can help monetise Astrome’s technologies.

The rapid evolution of the global space tech industry in recent years has also made it possible for Astrome to pursue this strategy with various businesses ready to make the process efficient. Says Satak, “We want to be the chief architect and payload technology provider for these constellations of satellites, and we want to do it through partnerships.”

Tweets by @forbesindia
Entrepreneur at 49, billionaire at 58: How Falguni Nayar built success with Nykaa
Photo Of The Day: Making prayers work