It used to be lonely at the top. Today, it's much lonelier: Marshall Goldsmith

Executive coach Marshall Goldsmith on the significance of 'others' in leadership, the new and growing fear of social media among leaders, and the importance of letting go at the right time 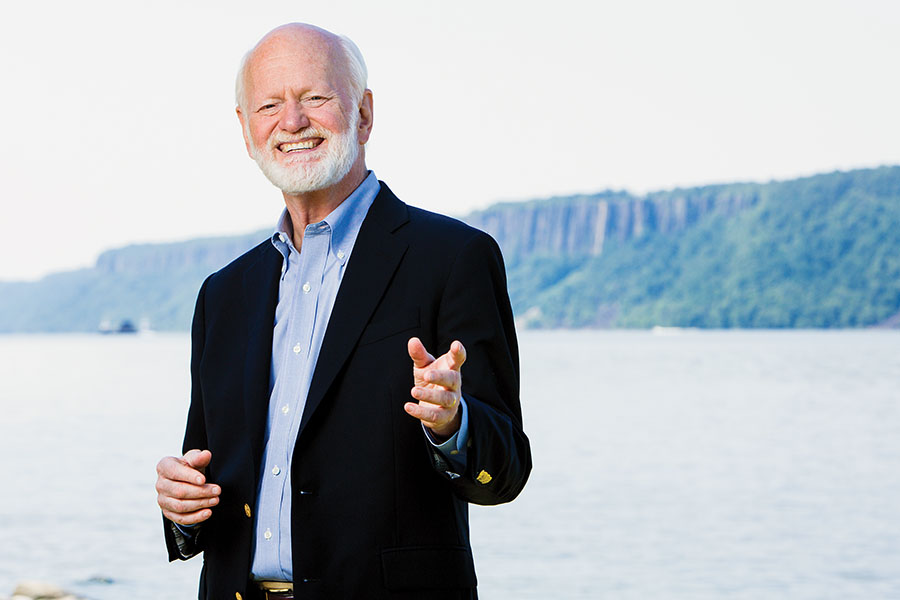 Marshall Goldsmith, one of the leading executive coaches in the world

Marshall Goldsmith, one of the leading executive coaches in the world, has worked with and coached CEOs of over 150 companies, teaches executive education at Dartmouth College's Tuck School of Business, is a founding partner of the Marshall Goldsmith Group, and was named the world's most influential business thinker on the Thinkers50 list. He is also a New York Times bestselling author of numerous books, some of which have been translated into 28 languages. Goldsmith speaks to Forbes India about the tendency of winners, and breaks the myth of achievement and happiness being dependent variables, and his latest book, The Earned Life. Edited excerpts from an interview:

Q. How would you describe leadership in a sentence?
Working with and through others to achieve objectives. And the keyword in this sentence is the word ‘others’.

Q. You have worked closely with so many leaders and CEOs. Are there common qualities or behaviour patterns that you have noticed?
I was interviewed by the Harvard Business Review and asked: ‘What is the number one problem of all the successful people you’ve coached over the years?’ My answer was: Winning too much.

Are people born leaders or does one learn leadership over time? Well, all the leaders that I’ve ever met 100 percent have been born leaders. The only important question is: ‘Can leaders become more effective?’ And the answer to that is definitely yes. I wrote an article, ‘Leadership is a contact sport’ and it shows how if leaders get feedback, they talk to people, they follow up, they get better… so you can definitely become better as a leader.

Q. Does good leadership and a feeling of contentment, of happiness, go hand-in-hand?
No. This is one of the great myths in life. Leaders are great achievers. They may or may not be happy after they achieve something. If you’ve ever read the Bhagavad Gita… its essence is you never become attached to results, and you never place your values on human beings based on results. Happiness and achievement are not the same thing.

Q. How different should the leadership style be for a founder and CEO?
It’s very hard for a founder to let go. One of the biggest problems with a founder is that while scaling a company, they have to learn to delegate and let go. This is probably the biggest challenge. CEOs don’t have this inherent challenge. CEOs are not the owners, so they need to learn that the decision-makers make the decision, and they work for the owners, but they are not the owners.

Q. What is the biggest fear or apprehension among the leaders you have met? And how do you ask them to tackle it?
I am going to answer a new fear and apprehension, and that is ‘social media’. Today, anybody can get crucified by saying anything. And leaders have to be phenomenally careful about what they say, because anything they say can be taken out of context, put on social media, and people can laugh at them. That’s a new fear that wasn’t there probably 20 years ago… not nearly as much as it is today. There’s a saying, “It’s lonely at the top”. It used to be lonely at the top. Today, it’s much lonelier at the top. It’s very lonely at the top right now.

Q. What leadership advice would you like to give young startup founders?
The advice I have for young people in general is something that Peter Drucker taught me. He said that every decision in life is made by the person who has the power to make the decision—make peace with that. It’s not made by the smartest person, or the best person, or the fair person, or the good person. Your job in life is to make a positive difference, not to prove how smart you are.

For example, I need to influence you, and you have the power to make the decision—then the one word to describe you is ‘customer’, and the one word to describe me is ‘salesperson’. Customers never have to buy, but salespeople always have to sell. The younger you are when you learn that lesson, the better you’ll be in influencing people, the happier your life will be.

Q. Who has been your inspiration?
My inspiration are people like Dr Paul Hersey, Warren Bennis, Peter Drucker, and many other people who have endorsed my book. In fact, the first thing I write in the book is, “In my 50-year career as an education coach, I am blessed to work with many of the greatest leaders in America. In theory, I am supposed to teach them, but in practice, I have learnt far more from them than they have learnt from me.”