The humble QR code is everywhere. Here's how brands are making innovative use of the tech

After rolling out a QR code-centric campaign during IPL, Dunzo saw 10x traffic on the campaign's landing page. PepsiCo and OYO have also used the tech as their advertising strategy 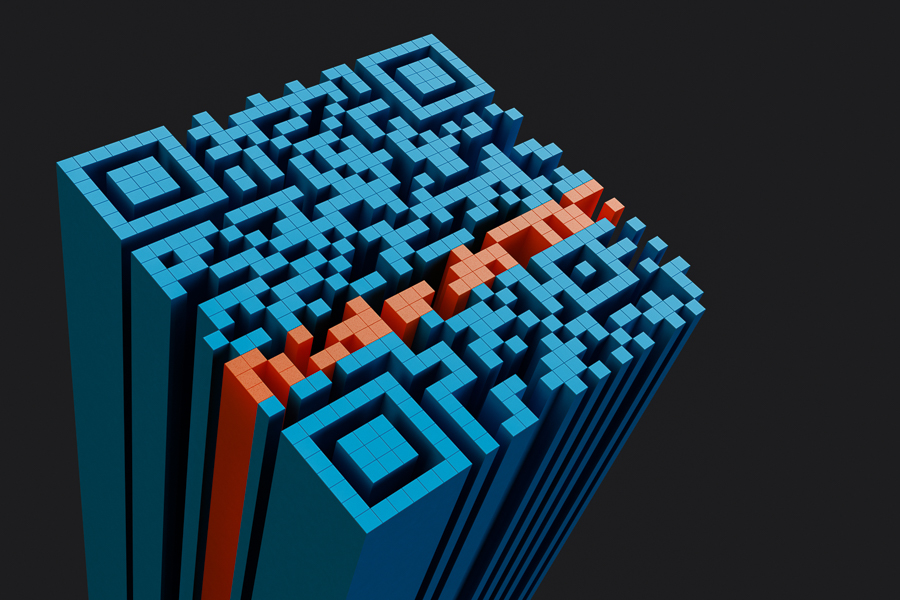 After rolling out a QR code-centric campaign during IPL, Dunzo saw 10x traffic on the campaign’s landing page. Image: Shutterstock

During the nail-biting finale of the 15th edition of IPL, millions of television viewers were left confused when their screens went hazy. What followed was a QR code on their screens. Quick commerce platform Dunzo flashed a QR code for 20 seconds with a copy that read, “Inconvenience is regretted. Convenience is not.”
The cue was to scan the QR code to land on the brand’s app. Many viewers thought this was too similar to American crypto exchange Coinbase’s Super Bowl ad which was released earlier this year. Whether it was or not, and if 20 seconds was too less of a time for the audience to scan the code, is a topic for another story. Viewers noticed and engaged with the ad, and that’s all Dunzo wanted. As a result, Dunzo saw 10x traffic on the campaign’s landing page, which was hosted on their website.
According to reports, Dunzo invested around Rs 40 crore on advertising and marketing during IPL this year. Considering the final ad slots are sold at premium rates, industry estimates indicate the brand could have spent anywhere between Rs 10 lakh to Rs 14 lakh on this spot. Dunzo’s chief executive officer and co-founder Kabeer Biswas believes brands need to, “...Engage, entertain, and inspire consumers." He adds, “Coming up with an engaging piece of content or a vanilla brand message for 20 seconds doesn't cut through owing to the attention span of the people today,” he adds. Especially if QR codes are used in mainstream advertising.
Read more: A peek into Dunzo's marketing playbook
He believes television continues to remain the top choice for families in India and QR codes are becoming popular in the country. Hence, Biswas and his team rolled out the QR code-centric campaign. Dunzo has been using QR codes even in print ads. He explains the strategy. “There are various stages in a marketing funnel before a consumer places an order on Dunzo. Use of QR codes in advertisements removes a few layers in the funnel and can lead to better conversion and engagement.”

Another brand that has been using QR codes in its communication is hospitality chain OYO. During the 2021 edition of IPL, OYO created coupon codes named ‘Hockey’ and ‘Akhada' that urged readers to think about other sports and teams beyond cricket. The campaign increased the positive sentiments about the brand by 4.5 times in less than 30 days. This was followed by an ad for an Olympic calendar, which marked Team India’s participation in events. By scanning the QR code, readers could download these dates to their own Google calendar.
Over the last few years, Mayur Hola, SVP - global head of brand, OYO, says QR codes have been one of the most engaging advertising tools for the brand. On Valentine’s Day this year, through its #LetLoveIn campaign, OYO released print ads in 17 editions of a daily newspaper. These ads had verses of iconic poets - from Bulleh Shah to Rabindranath Tagore, in Bengali, Marathi, Telugu, Tamil, Malayalam, Urdu, Gujarati, Kannada, and Punjabi. The twist here was that these ads were strategically placed in a language not widely spoken or understood in that particular state. Scanning the QR Code on the ad led to a site, where English translations of all the ads are available. Hola claims, “This campaign saw 50,000+ scans of the QR code. That’s a scan rate of 1.54 percent on a 3 million active issue readership base. When you compare this to the average click-through rate in AdWords across all industries, which stands at 1.91 percent on the search network and 0.35 percent on the display network.”
PepsiCo India has been using QR codes not only to enhance consumer engagement but also to deliver an interactive experience. Of course, keeping content at the core of the marketing strategies. The company has been placing QR codes on some of its popular brands such as Pepsi, 7UP, and Quaker, among a few others. In early 2022, Quaker went for refreshed packaging. One of the design tweaks that the brand made is the addition of a QR code on the oats brand’s packs that led consumers to its content hub page, which has a list of quick breakfast recipes. For Pepsi, the company added a touch of pop culture through QR codes on its special edition golden cans. This was done ahead of the premiere of part one of the series Money Heist’s finale on Netflix. Fans could scan the QR code and enter a virtual Money Heist party.

In a country where only 22 percent of adults own smartphones and 51 percent are still on feature phones, there are several challenges to making QR codes the centerpiece of marketing campaigns. While QR codes are widely plastered on the walls of kirana shops, sabzi mandis, chemists, and even on Covid-19 vaccination certificates, there are technology glitches that need attention. Glitchy internet connectivity can be frustrating to consumers who are making a payment or for brands that place their bets on a QR code. For instance, Dunzo was in a tight spot seven minutes before its campaign was about to go live. The QR code stopped working. The brand had accounted for all these scenarios and was well prepared to fix them.
The other challenge that marketers see is to make consumers pick up their phones and scan the code. That can only happen if the content build-up is well-timed and engaging, admits Dunzo’s Biswas. To ensure engagement, it is essential that the QR codes can be easily spotted, are accessible, and can be scanned.
Read more: Quick commerce: I don't understand the difference between 10 and 20 minutes - Dunzo's Kabeer Biswas

Tweets by @forbesindia
Photo of the day: New beginnings
Udayy's Saumya Yadav: In search of a new dawn