A peek into Dunzo's marketing playbook

In an exclusive interaction with Storyboard18, Sai Ganesh, head of brand, shares insights about building its identity and personality 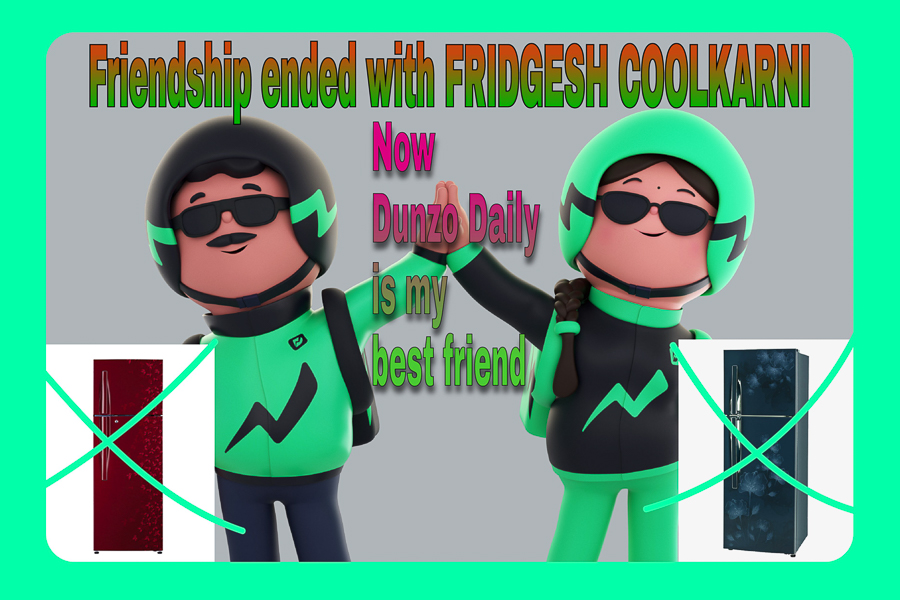 A full-page print ad in an English daily’s Chennai edition and multiple hoardings across cities about an obituary for the departed fridge “Sri Fridgesh Coolkarni” set the internet abuzz. Users and brand gurus were busy discussing what this ad could possibly mean until a final reveal stated that the ad was done by logistics and grocery app Dunzo to promote its quick commerce delivery service Dunzo Daily.

This is a classic marketing ploy of Dunzo by creating something deeply intriguing which is bound to be discussed and possibly go viral. That’s how the delivery startup has created a unique brand image by displaying its marketing prowess time and again. All its promotions are done in house. Founded in 2014 by Kabeer Biswas, Dunzo began its journey as a WhatsApp service and it started offering its delivery and transportation service through the app later.
Dunzo’s advertising and promotion strategies often hinge on moment marketing where its messages or advertisements are created by using relevant content from current events.
In an exclusive interaction with Storyboard18, Sai Ganesh, head of brand, Dunzo, shares their playbook for building Dunzo and tenets of its loved brand personality.

Ganesh shares that Dunzo's vision is to be the primary convenience provider in the user’s life. Reduce friction and enable consumers, merchants, and partners to lead more enriched lives by taking away the cumbersomeness of everyday tasks.
“From a marketing point of view, our brand has always been relatable and inclusive given our ‘Every person archetype’, while staying contemporary and bold,” he adds.
It’s evident from its branding elements that the company uses. A Dunzo rider, for instance, with her/his green helmet and the ‘D’ logo with the lightning bolt are easily identifiable. 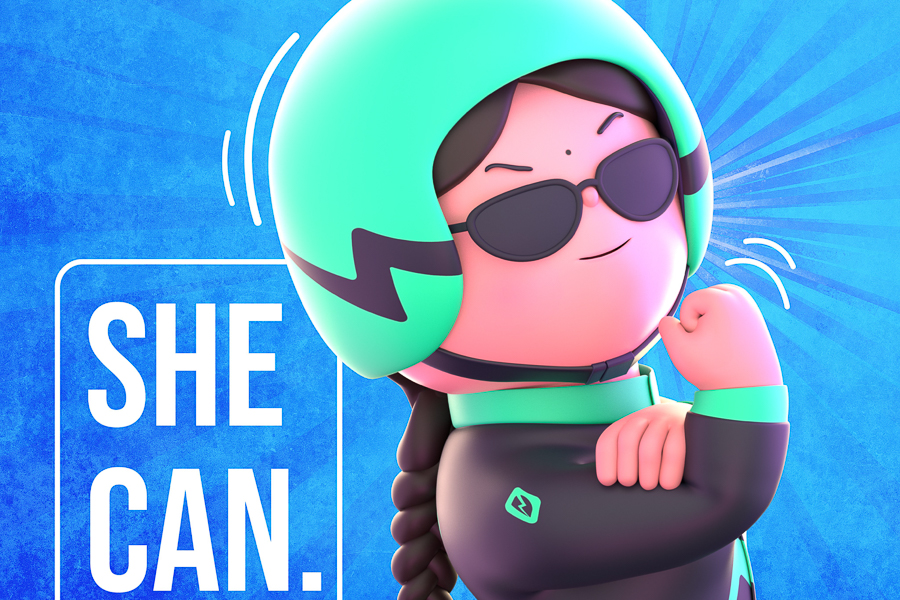 The company's current focus is to build its quick service Dunzo Daily in a big way.
Currently, the service is operational in three cities—Bengaluru, Chennai, and Pune, and will be launched across five more cities by the end of June and 15 cities by end of 2022. Its promotions will be unique too.
Dunzo Daily competes with the likes of Swiggy Instamart, Blinkit, BigBasket and Zepto where the delivery time is in minutes, rather than hours or days.
Ganesh emphasises that their strategy is to communicate to the local audience and at the same time be vocal at a pan India level too.
“As we have seen in the recent past there will be a hyperlocal approach for the cities that we are launching,” he notes.
Keeping in mind the hyperlocal focus, Dunzo did a unique campaign for Bengaluru which went viral. The full page print ad titled ‘Learn Kannada Starter Pack’ was published in the city newspapers. Created in a fun manner using illustrations, the campaign gave a peek into the local culture and lingo used in Bengaluru to help newcomers navigate the city better. The ad resonated with hundreds of users who shared it across digital platforms. 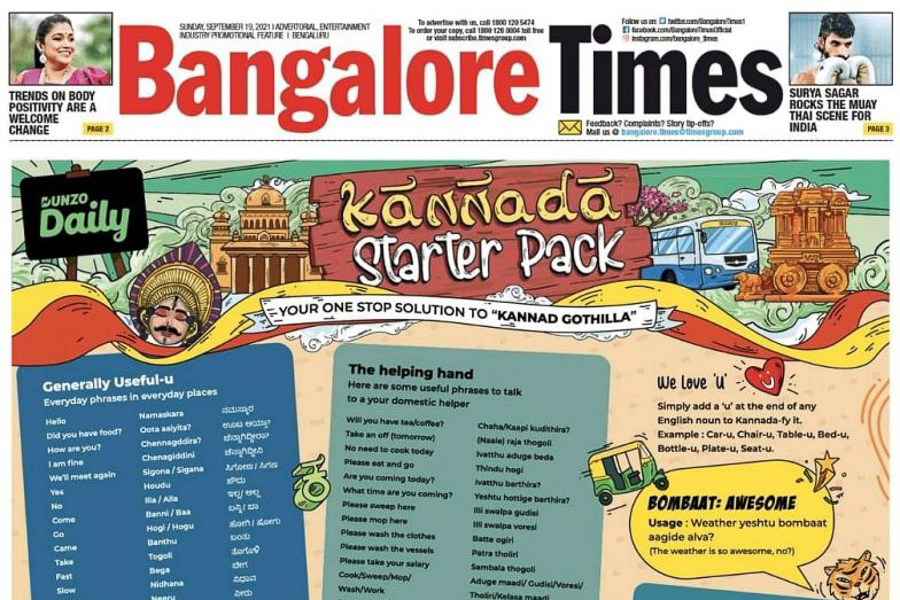 Dunzo's Learn Kannada starter pack campaign
In 2021, Dunzo also tried its hands for the first time with a celebrity-led campaign with the #GroceryKaDramaChodo campaign featuring Bollywood actor Karisma Kapoor which garnered over 1.8 million views. Kapoor plays the popular character of Geet from Bollywood film Jab We Met and tries to convince why online grocery ordering is way more convenient.

One of the most striking points about Dunzo advertising is that it manages to appeal to a large number of people who find their truths in the insights on which its brand campaigns are based. Its marketing initiatives are relatable and told in a lucid way. ‘Learn Kannada Starter Pack’ is one such example.
Dunzo also manages to strike a personal connect with users who are being inundated with copious amounts of content online. This personalisation and fun banter using puns for its users’ names while responding to social media posts has also won a lot of brand love.

The cAmbination of insights and creativity proved 'deadly' for Fridgesh Coolkarni. ;) Here's to no more storing of stale veggies & fruits when you can order daily 😅 https://t.co/giGyfjXxEy

“We seek to find human insights that help us do better for our consumers. Especially for targeted digital campaigns, we do seek to understand the relevance of a communication to the user by using clicks and related actions. There’s of course virality, quality of engagement and more, which determine the efficacy of the communication,” notes Ganesh.
While there are numerous indicators that we track like virality or cost of user acquisition and many more metrics, says Ganesh, the real success of a campaign is when the company is able to communicate the intended message to our audience,“…and get them connected to the brand through the same,” he adds.

Tweets by @forbesindia
Seeing a lot of new money coming into the market: GroupM's APAC CEO
Book banning surged in 2021. These titles were targeted the most