We are building the ecosystem in India to show kids a pathway: NBA's Mark Tatum

Storyboard18 caught up with NBA deputy commissioner Mark Tatum to talk about basketball and the NBA's popularity in India, the market's potential and efforts to unlock new audiences 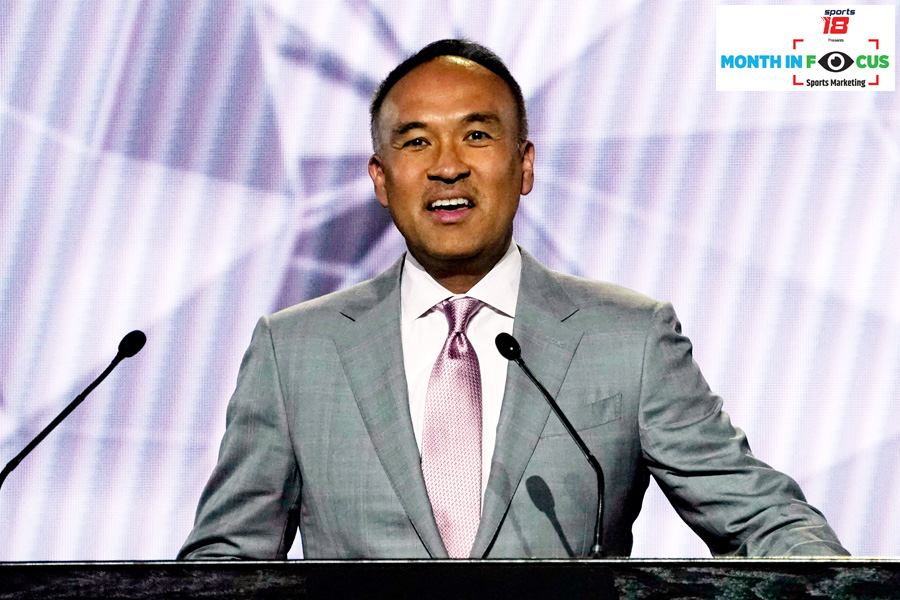 Although India's national pastime is cricket, other global sports like football and basketball have been steadily growing in popularity in the country, making India an important market for sports associations and leagues like the American National Basketball Association (NBA). Storyboard18 caught up with NBA deputy commissioner Mark Tatum to talk about basketball and the NBA's popularity in India, the market's potential, efforts to unlock new audiences and advertiser interest in this sport.

Read on.
Q. How do Indian viewers consume NBA and basketball as a sport?
There have never been more options for Indian consumers to watch NBA as a game and other NBA programming. Through our partnership with Viacom18, which started last season, fans are able to see games both in English and in Hindi, through Sports18, through VH1, MTV and digital platforms like Voot and Jio TV. These are available in standard definition and high definition across the country and we have more than 24 million fans in India watching live NBA programming on Viacom18 platforms alone this last season. The other partnership we announced was with India’s public service broadcaster Prasar Bharati, and there we have non-live NBA games, documentaries, WNBA games, NBA G League programming, and classic games. There we are reaching 85 million fans across India since the partnership began last year. We are seeing a lot of fans now consuming our game, being able to find our games on various platforms. This has been driving a lot of interest in the sport.Also read: I want to help bring Indian athletes to NBA: Basketball champion Dwight Howard

Q. What has been the NBA's strategy to unlock new audiences in this market? Last year you roped in Ranveer Singh as NBA brand ambassador for India. How has this association worked out so far?
There are three things that we focus on. The first one is grassroots in the league development, we need to get more boys and girls playing the game of basketball, and we need to create pathways for those kids to be able to start. In India, we have a partnership with Reliance Foundation. That program has been in existence since 2013, and to date, we have reached almost 11 million youth and 13,000 physical instructors to teach the game of basketball across 34 different cities. So, getting people to play the game of basketball is the first step.

The second thing we do is that we go out and identify some of the best players. So, we have the return of our ACG NBA Jump program which is India's first national basketball scouting programme for players who want to get to the next level in the country. From that programme, we identify the best kids and then we put them into our academy. Our academy in India has been operating for the last 5 years, and so far 20 graduates have earned scholarships to prep schools and junior colleges in the United States and signed professional contracts. Also read: How deepening the connection with sports fans helps sports-brands

The third thing is delivering localised content and that’s where our partnerships with Viacom18, Prasar Bharati as well as directly with fans through ‘league pass’ which is our premium live games subscription service. India is our 5th biggest market when it comes to league pass subscriptions outside the US or China. We are making the game accessible.

And the last thing in our strategy is bringing that authentic NBA experience into the market so that the fans can experience live games, live players, interactive events, and so on. In 2019, before the pandemic, we held our first ever NBA India games which were a huge success. I was there. The energy and the passion for the games were incredible.

Q. And the partnership with Ranveer?
He is incredible. I had a chance to spend some time with him at the All-Star Game in Cleveland which my kids saw and they were excited because they know who Ranveer is. He is a global superstar who participated in our all-star celebrity game. He also promoted the NBA on his social media channels and he is just the perfect ambassador for us.

Q. What is the kind of advertising and advertiser interest around the NBA in India?
It has been very encouraging. We have a long way to go to get where cricket is. But I will tell you we have 17 active global brands like Nike, Microsoft, and Google. There are local brands like Dream11 and ACG. We are very encouraged by the role of basketball in the market. Basketball is the second fastest growing sport in India, after soccer, amongst boys and girls. One of the Junior teams finished 5th in the Asia championship. That is the highest they have ever been placed. So many of those kids were from the NBA academy programmes. We are identifying talent and they are performing even better on the international stage now, which is growing interest. We have seen our social media following continue to grow. We saw a 100 percent increase in engagement from the fans who follow our local social media channels and our viewership continues to grow as well.Also read: Why are brands warming up to non-cricket sports?

The other area where we are seeing a lot of interest is the area of fashion. Lifestyle brands are interested. So last season we partnered with Lakme Fashion Week to celebrate our 75th-anniversary celebration. We are seeing great collaboration in the marketplace.

Q. Do you think it will take the creation of a local Indian basketball icon to generate advertiser interest and Indian audience interest as well to take it to the level?
I think it will be a combination. We are building the ecosystem in India to show kids a pathway. That didn’t exist till now. But we are, through the junior NBA program, the basketball school, the ACG Jump and the academy, showing that opportunity. On the women’s side, too, we have got several players who are playing in our global academy. So there is a path for them to play in the WNBA too. I think it is just a matter of time before that superstar breaks through. There is no doubt there is talent both in boys and girls in the country.

Tweets by @forbesindia
The Merge is Ethereum's chance to take over Bitcoin, researcher says
How Maruti Suzuki is gearing up to win back its lost SUV market