Can Nokia and Microsoft Pull Each Other Out of the Abyss in 2014?

If they can become a low-end competitor, then there may be an opportunity available in the emerging markets. But they are pouring tremendous resources into the US and Europe saying Lumia is better. That is likely to fail 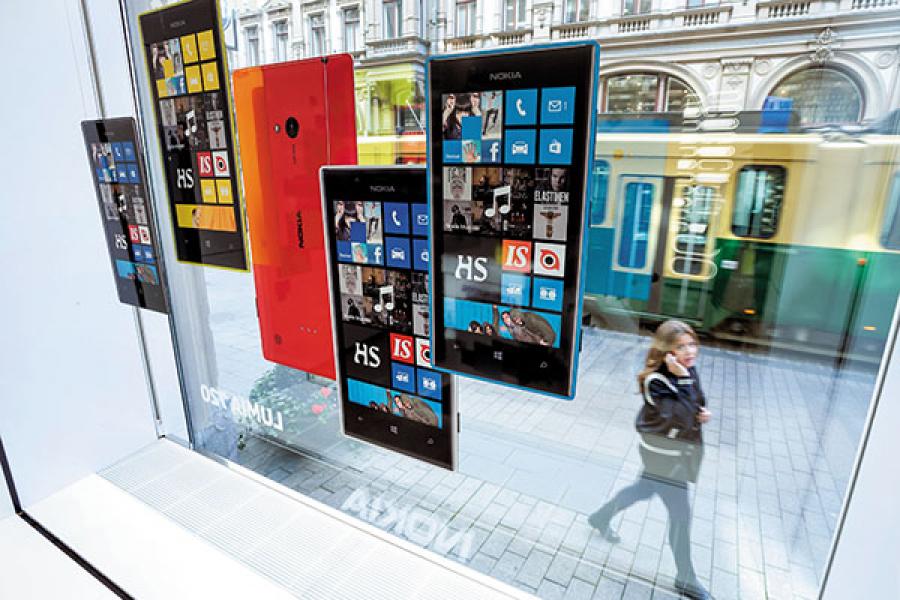 In discussing the future of Microsoft and Nokia, we must try to answer why they got together in the first place. While there may not have been many strategic reasons, I think there were several pragmatic ones. For Microsoft, Nokia represented the biggest source of momentum for the Windows Phone platform, meaning if Nokia suffered, there may have been an impact on Windows Phone’s market share and perception. Something as innocuous as a bad quarter for Nokia could risk destroying that momentum.

Also remember, Nokia was getting $1 billion in annual payments from Microsoft for using Windows Phone, an agreement that was due to end in 2014. Maybe Nokia would’ve said, “We need more money,” and that would’ve forced Microsoft in turn to think, “If we have to pay them $2 billion a year, why not just buy them out?” And Microsoft did pay a relatively low price for Nokia. 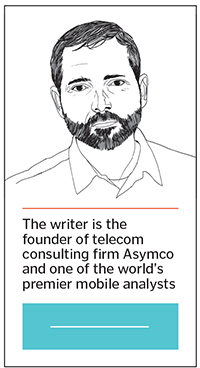 From Nokia’s point of view, they may have felt that in the evolving competitive landscape, it would be increasingly difficult for them to fight at the low-end, and even harder to get out.

So perhaps both sides saw a zone of agreement and got what they wanted. I don’t believe the conspiracy theories about Stephen Elop (former CEO of Nokia Corporation) being a Microsoft Trojan Horse because there were simply too many variables that could have gone one way or the other.

Coming to the present, the biggest problem that Microsoft and Nokia will face is that of timing. Specifically, at what stage are we when it comes to the global penetration of smartphones? We’ve seen that when any technology, be it cars or washing machines or cellphones, follows a predictable S-shaped curve to reach ubiquity and saturation point. While the speed may vary by country, the overall trend of global adoption from 0 to 80-90 percent saturation happens in a predictable manner. And if you’re wondering what the significance of the adoption curve is for Microsoft and Nokia, the answer is because later adopters tend to exhibit very different behaviour from the early ones.

The question I have had for both Microsoft and Nokia since the last two years is this—at what point will the smartphone market be when they attempt to sell their Windows phones? Thus, would they be only a challenger dealing with entrenched competitors or a new entrant in their own right? I’d argue that they’re now dealing with the latter half of the market because the premium customers have already been taken—there has been a rapid uptake of smartphones in the last 2 years. The US market has reached 62 percent smartphone penetration, mostly since 2007, while the global market will take longer. Considering that the average smartphone is used for 2 years, it would seem that by the time early adopters have bought their third phone, the entire market is beyond 50 percent penetration. Historically nothing has grown that fast, except maybe microwaves and DVDs (both of which didn’t have network effects).

This is why Microsoft can’t say, “Oh, we can wait for a few generations to become successful.” I’d say they have been trying in one way or the other since 2001. Their mobile efforts went from the first version of Windows CE in 1997 to Pocket PC to Pocket PC Phone Edition to Windows Mobile which went up to version 6.5 before it was finally deprecated to Windows Phone. So, we’re today on version 8 of Microsoft's mobile OS.

During that period, many companies came and left the mobile space, including Palm (Palm OS was dominant in the PDA space and in the early smartphone era), Symbian and various Linux versions (which later became Android). But Microsoft could never become number one even when the global market was just 4-5 million units. 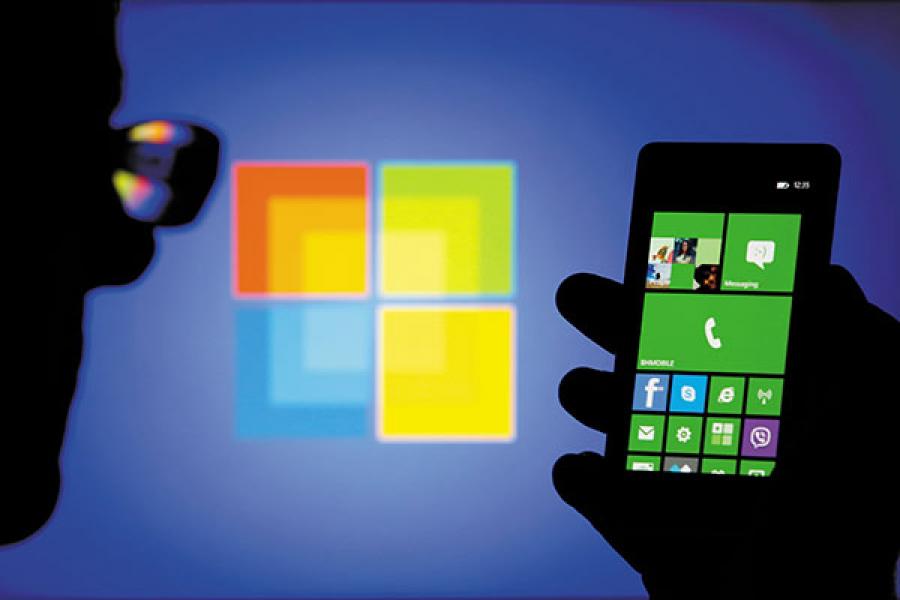 Image: Dado Ruvic / Reuters
Today, now that the market is over 1 billion users and going to very rapidly saturate, the challenge for Microsoft is their assumption of wanting to keep on trying. It’s hard to believe that after so many tries and so much saturation, they can succeed. Worse, their strategies are symmetric, meaning they compete against an Apple or an Android by claiming their Lumia devices are better. They are not saying “We will create an entirely different market,” which is what Apple did with the iPhone. When they entered the market they didn’t say that BlackBerry was a worse phone, but that BlackBerry was doing it all wrong. Microsoft instead is a combination of brute force, giant-meets-giant and Charge of the Light Brigade. It comes from their lack of humility and that is why it will never work.

On the Android side too, the game has shifted so much in Samsung’s favour. HTC, in my perspective the pioneer in Windows and Android smartphones, known for speed and engineering excellence, hardware quality, and even a differentiated user interface, found that none of those were useful against the Samsung juggernaut. Samsung’s commitment of resources is so high—they spend twice of Nokia’s market cap ($14 billion) in a single year on marketing alone. That’s an extraordinary force.

Having said that, if Microsoft and Nokia can pivot and become a low-end competitor, then there may still be an opportunity available in the emerging markets. But, instead, they’re pouring tremendous resources into the US and Europe saying Lumia is better. That will fail. The door for Windows Phone is closing not because of Apple and iOS but because of Google and Android. Nokia, the bulk of whose phone portfolio was in the mid-market, was defeated by Android. I could argue, with difficulty, that they can still get into the late stage market but I haven’t seen a message from them indicating that. They simply aren’t humble enough to see that market as their core; they still see their platform as superior to all others. Customers, meanwhile, aren’t looking to switch platforms.

There is also the interesting example of Microsoft’s biggest mobile competitor, Google, buying another phone maker, Motorola. The two deals could not be more different though. Motorola and its patents were potentially a threat to Google’s Android, especially after Motorola CEO Sanjay Jha and board member Carl Icahn publicly stated they would assert their patent portfolio against competitors. The implicit threat was against Google because they felt it had given so much of its Android franchise to HTC and Samsung, while Motorola was losing attention in the US. In some ways, it was even blackmail, which explains the very brief five-week period of negotiations, an extraordinarily large walkaway fee, swiftness and the lack of any logic on the combined product portfolio. All of these circumstantial evidence point to a shotgun marriage and not strategic merger. But if Google thought it was successful in taking Motorola’s IP out of circulation, it turns out it was a bluff. Motorola’s IP was not very valuable but the company did, in a mad stroke of genius, use a very weak weapon to win a big battle.

Microsoft is looking to become a hardware company (explicitly saying they were a “devices and solutions company”, and not primarily a software company, was a dramatic 180 degree turnaround), so they naturally want to learn more of those skills and Nokia’s devices DNA. Google, meanwhile, has never stated they are going to be anything other than a services company, which is why they’ve kept Motorola at arms length. They even offer their flagship Nexus brand to all of Motorola’s competitors. Compared to Microsoft, that is a stunningly different approach.

I feel that Microsoft wants to become like Apple, controlling everything in its value chain. While that may not be enough to dislodge Apple, it may have some potential at the low-end. Remember that Nokia had traditionally been very successful at selling vertically-integrated phones even at low prices. Now we know that low-end Android phones don’t have a great experience, but if Microsoft and Nokia together can change that, things could turn interesting. It would be somewhat similar to Nintendo’s approach of selling a vertically-integrated product at the lower end of the console gaming market instead of competing with the open approach of Microsoft or Sony.