The latent demand for the higher speed the technology offers is indisputable. However, don’t expect the end-user numbers to scale up in 2014. The focus, in fact, is more likely to be on gearing up for growth 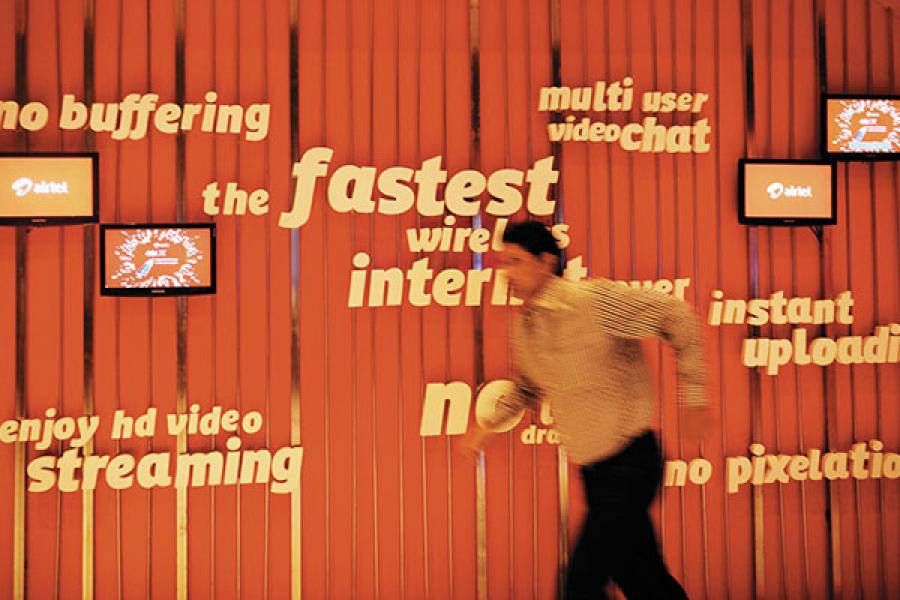 It is almost four years since the government licensed Broadband Wireless Access (BWA) in India, yet it feels as though almost nothing much has happened. The BWA auctions came right after the nation’s famed 3G auctions; together, they created a stir in the Indian telecom market around the coming data revolution which would channel our economy and its citizens into
a new era of social and economic empowerment.

Yet, apart from rollouts in a small number of Indian cities, BWA does not seem to have created much visible impact.

While over 200 4G deployments have taken place worldwide, BWA has not yet taken off in India. Why? Let us consider three factors: The demand for high-speed data in India, what has been done so far, and the options to scale up 4G going forward.

Super-high-speed wireless connectivity at home and on the move offers something distinct to both fixed-line and 3G mobile-connectivity. By being more efficient in the use of channel capacity, LTE could be an economically viable option.

Globally, the 200 commercial LTE networks deployed are spread across 80 countries; there are new launches happening weekly. With around 125 million users, of which 50 million are in Asia, LTE is scaling up rapidly, with 2 billion users projected by 2018. Most of the scale is being seen in FDD (Frequency Division Duplex) networks, with relatively few in TDD (Time Division Duplex). A notable exception is China which is seeing large-scale deployment in TDD in the, 1,900 MHz band.

4 reasons why 4G hasn’t scale up in India

Emerging Options
With these challenges in mind, options are now emerging for Indian operators to move ahead in LTE deployment. We see three options:

In the long term, LTE has the potential to become a game changer in India since the technology allows the mobile to approach fibre speeds without the inherently costly investments required in laying fixed line infrastructure all over the country. But don’t expect to see 4G end-user numbers scale up in 2014. This is likely to be the year where the industry settles its position on the spectrum bands preferred for 4G and on the investment required for building better backhaul to get ready to scale.


Jargon-buster: LTE, TDD, FDD & BWA
LTE stands for ‘Long-Term Evolution’ and is often referred to as 4G. It is a collection of mobile technologies which provide high-speed mobile data access to the tune of 100 mbps. This compares to a range of 7.2 mbps to 21 mbps for 3G/3.5G, and to 512 kbps for 2G. LTE takes mobile connectivity speeds into the realm of what is achieved by fibre and, for this reason, is correctly regarded as (r)evolutionary.

LTE can work in any mobile spectrum band, including the ones licensed in India such as 850 MHz, 1,800 MHz and 2,300 MHz. There are two alternate modes for LTE, which are Time Division Duplexing (TDD) and Frequency Division Duplexing (FDD). FDD offers a separate uplink and downlink channel, which means it works well for voice but can be inefficient for data, as spectrum dedicated to a channel can remain unused. This is especially the case as most people download a lot more than they upload. On the other hand, TDD offers a single channel to be used both for uplink and downlink—which means it works efficiently for data and can also be used for voice.

Due to legacy and reuse of existing FDD spectrum with various operators worldwide, FDD LTE is most deployed. BWA is a collective term coined to refer to LTE at a time when such modes of deployment were still under development.


What is China doing?
The year 2014 will see the biggest deployment so far of TD-LTE in China by the market-leading operator China Mobile, which has awarded contracts worth $3.2 billion to deploy 150,000 LTE cell sites nationwide. It has also reached an agreement with Apple to provide iPhones compatible with its LTE network. China Mobile will primarily use frequency in the 1,900 MHz band.

Tweets by @forbesindia
Can Nokia and Microsoft Pull Each Other Out of the Abyss in 2014?
Is There a Glut of Literature Festivals in India?