Is There a Glut of Literature Festivals in India? 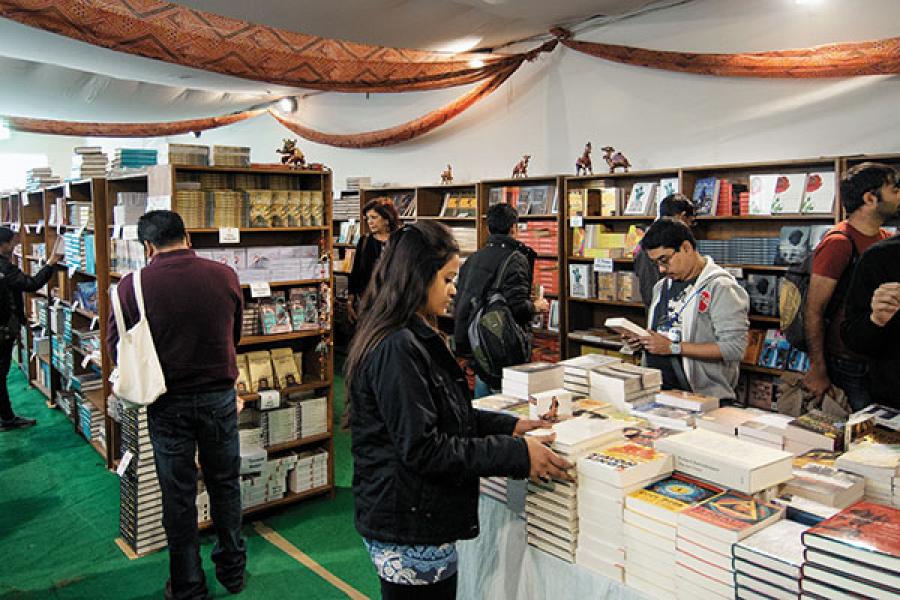 When we founded Crossword in 1992, a key insight was that we would do better to serve under-served or unserved customers. Our focus was to build new readers, who did not know what to buy. We therefore created a new, attractive browsing experience that enabled them to read and discover the magic of books; this was a hit with serious readers too.

There were no public spaces or forums then where one could go and interact with one’s favourite authors. There was no dialogue between these two communities. And we wanted to become a community centre that would fulfil that need.

One of the main catalysts was the ‘Meet the Author’ book events we did. This was the pre-internet, pre-lit fest era, when readers’ access to authors was limited. For many serious readers, meeting an author is a treat. And for a new reader, it is inspiring and motivates her to pick up a book.

Our author-based events became very popular. Readers loved them. For authors, too, it was a great opportunity to interact with their audience and reach new readers. We were able to develop into a platform for cultural and social interaction where authors and poets hold court, where children are regaled, where people gravitate to be informed, to be entertained, even enlightened.

Then we introduced the Crossword Book Awards in 1998. We realised that one of the catalysts in popularising books was the literary prize. The Booker Prize, the Commonwealth Prize among others had helped popularise books in the West. But there was no real Indian equivalent. Our bestseller list was dominated by British and American writers. And our belief was that Indian authors could and should be the ones that dominated. Our aim was to showcase and reward the best of Indian writing every year and help these authors and books reach a wider audience.

The literature section of the Kala Ghoda Arts Festival happened in 2005. [KGAF is an annual festival in the Kala Ghoda area of South Mumbai.] I was asked by the organisers to curate it. KGAF was already in existence, but in public consciousness, it was more a street and performing arts fest. So we wanted the literature section to reflect that. It had to be accessible, open to all, multilingual (English, Hindi, Urdu, Marathi among other languages), a hub of familiar as well as unfamiliar faces, a mix of modern and traditional authors.

Over the years, it became a platform for new and established writers. We did a host of activities, from book readings and discussions to workshops for aspiring writers. All genres, from fiction and poetry to children’s books and screenwriting, were addressed. A major challenge was that we had to organise an eight-day festival on a very small budget. We’d wanted it to be spread across Mumbai, but it was restricted by geography since it was, after all, the Kala Ghoda Festival.

The response from writers and the book community was very enthusiastic. Very often we couldn’t offer them travel and lodging. But they were really generous and supportive. One of the issues of not having a budget was that we had to look at authors from Mumbai and Pune and places like that. And we looked at friends who were willing to travel from Chennai, Bangalore and Delhi. We also got a lot of support from publishers as we went along; they would send some of their writers on their own budgets. It was very democratic. People wanted to come together and support it. And the lit section evolved into a great thing at the KGAF.

The demand drivers of the book business can be defined in terms of three types of access:

Now there are a host of literature festivals. The Jaipur Literature Festival which is huge; Tata Lit Live and the TOI Carnival in Mumbai; Hay at Thiruvananthapuram; The Hindu’s fest in Chennai; Apeejay’s Kolkata festival; the non-fiction festival in Delhi; Siyahi’s festival for translators; and eponymous festivals in Goa, Bangalore, Chandigarh, Pune, Pushkar, and many more. 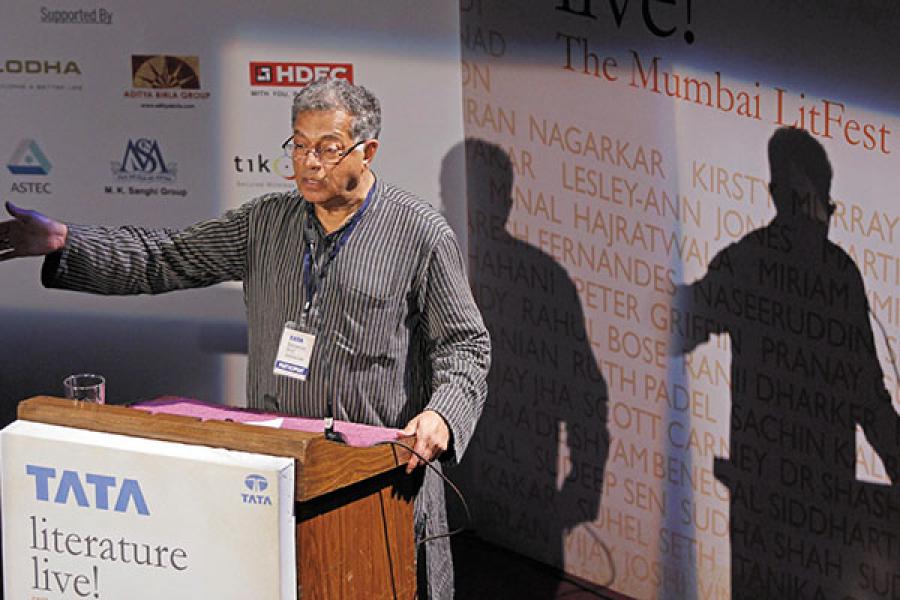 Image: Sameer Joshi / Fotocorp
While the Kala Ghoda Festival had only a section devoted to literature, the Tata Literature Live has given Mumbai a grand, standalone lit fest
But I don’t see these festivals, even if they are in the same city—Mumbai has three—in competition with each other, simply because they all happen at different times of the year. They all get their own audiences and having different geographies also helps. You can reach out to more new people. The KGAF lit fest is unique because it is a part of a larger arts festival, and gets an audience cutting across all socio-economic strata. But other literature fests, in Mumbai and elsewhere, are very important as well.

JLF, for instance, started off modestly and has exploded into a worldwide event. You can trace it to two people who are central to the festival: William Dalrymple (who focuses on the international community of writers) and Namita Gokhale (who looks at Indian writers). Between them, they’ve managed to curate an eclectic mix of writers and thinkers. Most other lit fests are focussed on Indian writers but Jaipur has been able to reach a fabulous set of people.

Some say that Jaipur always has big controversies. But I’d argue that media will always play these up, and the richness and diversity of the festival gets lost. Jaipur pays a price because it is so huge and popular.

It is important to have literature festivals around the country because it gives everyone access to such events. It is only a small set of people who can travel to any fest anytime. But a large number of people are restricted by location. When you take fests beyond metros, to cities like Kochi, Thiruvananthapuram, Goa, there is an audience there which is starved of such experiences. You give people there an opportunity to participate in events that otherwise would be experienced second-hand, via news media.

And literature fests have a lot to do with the venue. Jaipur is a great location. With it’s proximity to Delhi and the very nature of the city itself, it is seen as a colourful and vibrant experience, something akin to a mela. That is unique.

Some argue that there are too many festivals, that one gets to see similar faces who talk about the same things at every forum. But at the end of the day, a lit fest is a live local event and there’s an element of theatre to the whole thing; you might actually have people who would want to experience these different venues and geographies.

One of the ways these festivals can differentiate themselves is by taking advantage of their geography. Experiencing a lit fest in Bhutan is very different from doing that in Jaipur. Every festival should be rooted in that specific city, its literature and culture. It is not just about the writers. It is also about the audiences’ experiences. Bring the local aspects to each fest. Invite local language writers. Get local communities involved. That is how you can break the clutter.

We have an audience that is diverse and interests that are varied. We have a whole range of events and different folks attending. Each fest gives authors a fresh set of audiences which they wouldn’t get otherwise.

It’s important for organisers to realise that to be effective you have to cater to different needs of customers. If everyone caters to the same well-served need, it would be difficult to stand out. Every such festival enriches our society and instills values in people. If it is done well, it has a positive impact on our youth. There is enormous amount of socio-cultural profit that literature festivals generate. If you look at festivals aboard such as Edinburgh, the local government plays a very important role in its success. Governments have supported this because such events stimulate the local economy: They aid tourism, promote the location and popularise the local culture. It is much more than just a literary event.

I do hope that the new CSR mandate will inspire more corporates to get involved with this space in a much bigger way. And that will only make lit fests more attractive, participative and enriching.